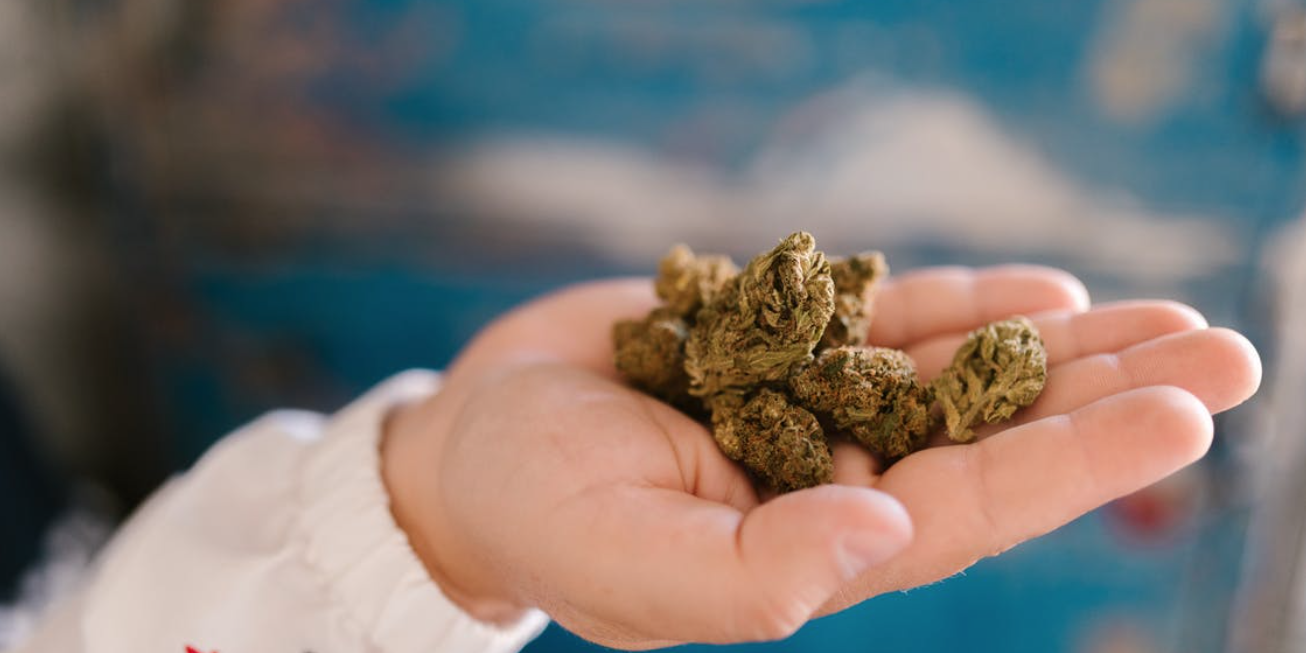 Voters first approved of legalizing cannabis in the state in 2020 and on 21 April, it became one of the first on the US east coast to start recreational sales

For customers at the Apothecarium dispensary, one of 13 medicinal marijuana stores in New Jersey, 4/20, the unofficial celebration of all things marijuana, came a day late.

On Thursday, 21 April, recreational use of cannabis was legalized throughout New Jersey, allowing anyone 21 or older to legally purchase marijuana.

At Apothecarium, tucked between a smoothie bar and a cafe in Maplewood, hundreds arrived to buy weed legally for the very first time in New Jersey, just a hop and a skip – or a bridge or tunnel – away from New York City.

Arriving in groups or solo, young and old came to celebrate what many described as a long-awaited step in making marijuana more accessible.

“Those who indulge in cannabis have been waiting for this day for a very long time and now that it’s here. It’s beautiful,” Sommers added, wearing a plain black T-shirt and excitedly greeting customers as they first arrived.

Maplewood police stood in front of the dispensary, helping to direct traffic and point out parking for eager buyers. Under sunny skies, customers were greeted by uniformed dispensary employees giving out tote bags, lighters, free T-shirts and other goodies.

“[This is] probably one of the most exciting days for all of our staff and all of our customers,” said Chantelle Elsner, senior vice-president of retail at TerrAscend, the company that owns Apothecarium, trying to speak over the noise of customers enthusiastically entering the dispensary for the first time.

After checking in online, those waiting to buy could either amble around to businesses in the area or wait in a tented parking lot across from the dispensary.

Once inside, the dispensary was sectioned off for recreational buyers versus Apothecarium’s typical medicinal patients.

Some walked around, checking out glass display cases featuring strains of “grease monkey”, a hybrid blend, “strawnana”, a relaxing indica bud, and other cannabis products.

“It’s like going to a candy store for the first time. You look around and you see,” said student Princeton Goode, 36, who waited in the parking lot with his girlfriend and friend.

William Walker, 67, and his wife Debra came from the area to buy recreationally hoping that cannabis could address some of their chronic pain, specifically in Walker’s knees and eyes.

“If it ease some of it, it’s good. If it doesn’t, at least I tried,” said Walker as his wife nodded.

Walker, who’s happy about New Jersey’s legalization, joked that the only downside was a possible increase in robberies “beyond the fact that kids may rob you if they think that you have some”.

Novices and weed enthusiasts alike shared mutual excitement at the new law, the product of a decade-long fight by New Jersey cannabis advocates to catch up with many other US states and end its criminalization.

New Jersey voters first approved of legalizing cannabis in a referendum in 2020. A year later, state legislators, under the Democratic governor, Phil Murphy, legalized recreational use and purchase of it, processing dispensary applications and crafting regulations for the budding industry.

At least 18 other states and Washington DC have now legalized recreational marijuana, with 37 states in total allowing marijuana to be bought for medicinal purposes.

Many fewer are on the east coast and New Jersey is among the first to start recreational sales. New York, where recreational cannabis was legalized last year, still has not launched a licensed recreational market.

“So many people have been ostracized for using cannabis throughout the country, but it’s finally amazing to see New Jersey do something legal about it,” said self-described “chill guy” Julio Morales-Carrera, 28.

New Jersey officials say that taxes from marijuana sales will be allocated to Black and brown communities that have been disproportionately impacted by decades of marijuana criminalization.

“If they use the money correctly, that could help with anything the state needs, the municipality needs,” said 29-year-old customer and self-proclaimed weed enthusiast Roberto Severini.

For many, especially Black cannabis users, a major benefit from now being able to buy from a dispensary is the ability to not face persecution or stigma for buying cannabis, as Black people are four times as likely to be arrested under marijuana possession laws as white people.

“It’s a huge difference coming out and being able to walk in a store and not feel like you’re doing something wrong. That’s like the biggest thing for me,” said 40-year-old Chris, a sales professional, who preferred not to have his last name disclosed.

Kinley Louis, a New Jersey resident, who was waiting with his co-worker and chatting with other keen cannabis buyers, agreed about feeling less anxious while buying at the dispensary.

“You don’t got to worry about being persecuted for flowers any more and on top of that, you don’t have to worry about going to ‘sketch places’ trying to buy it,” Louis said, referring to cannabis buds.

Even with the increased cost of marijuana in a dispensary compared with buying off the street, most noted that it was worth it given better quality, ease of access, and knowing exactly what they were getting.

“Maybe the price is a little bit different, but the quality is probably way better too, said 26-year-old Jessica Jones, who added: “It’s a different experience and smoother.”

Jonathan Ortiz, a cancer survivor, said he would apply to work at the dispensary.

“[It’s about] knowing all the products, what’s inside the products, the option of different products, and the safety of it all. At least you know who to come to if something goes wrong,” he said.

By mid-afternoon, while the early morning waves of buyers had shrunk, people’s enthusiasm was palpable. Those waiting in line for their chance to purchase bonded with people who had successfully gotten their goods.

A man in a red hoodie danced alone to Silk Sonic’s Smokin Out the Window in the dispensary’s parking lot before joining his friends as they waited for a text confirming they could enter the dispensary.

Bursts of laughter and cheers filled the air, with those driving by the dispensary line asking for parking information so they too could purchase.