Seth Rogen on his pot business: ‘most people can incorporate weed into their lives’ 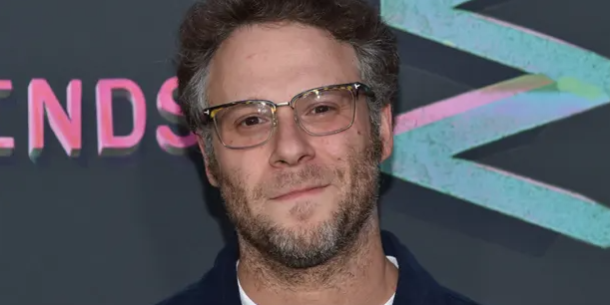 Seth Rogen is known for being an actor, a writer, a producer and also a lover of cannabis.

Seth Rogen – So much so that, with friends and investors including Evan Goldberg and Mikey Mohr, he started a company in 2019 called Houseplant, which not only distributes cannabis products through retailers in California, but also sells custom- made cannabis home goods accessories, from ashtrays to table lighters, with some of the items designed by Rogen himself.

Eighteen states have legalized cannabis for adult use but it is still considered an illegal substance under federal law and in half the country. So what’s it’s like starting and growing a business where its primary product is still largely banned? Both Rogen and Mohr – who serves as CEO of the company – shared their thoughts with me recently. Some of their responses have been edited.

Where did the idea for the home goods business come from?

ROGEN: As someone who smokes a lot of weed, I started collecting vintage ashtrays and lighters and table lighters and things like that, things that were from an era where smoking was not stigmatized in the way that it became, because they were made for cigarettes. And that’s really where a lot of the thought process came from. Smoking used to be this kind of in-vogue thing that drew a lot of great minds to the things that surrounded it, ashtrays and things like that. Then people realized smoking cigarettes was very unhealthy and those types of things kind of fell out of fashion. Now with the rise of weed it seems like there’s a new place for these things. I started collecting them and then we started conceiving of how we could maybe create our own, newer versions of the types of things that I was kind of repurposing, things specifically made for people with my lifestyle.

What do you say to people who don’t want to buy an ashtray, for example, on a cannabis site?

ROGEN: Why should it be any worse to go to a cannabis site than it is to walk into a restaurant that serves alcohol? It shouldn’t be, it’s like you not going into an Applebee’s because they have beer. I want to live in a world where someone lives in the reality that there’s no reason to not go to a cannabis site to buy their ashtray. I think this stigmatization of weed and this idea that it is this illicit thing that is in any way more dangerous than, most accepted American activities and Canadian activities, like drinking, that’s exactly what we are working against.

Have you had any entrepreneurial experience prior to this or is it new, and what have you learned?

ROGEN: I found that it’s not incredibly different than making films in a lot of ways, and making films is entrepreneurial. I think the reason people like our films is that we are good at infusing who we are into our products. And with our Houseplant products, we really are pursuing the exact same thing. I think when you hold one of our products, you can weirdly tell a lot about us. You can tell what we like, what we don’t like, what we find interesting, and what we don’t find interesting. I’ve learned that as we are making products, like the movies, some we know are going to be big hits and we can invest a lot more in them. Some of them were like maybe people will like this, who knows? If you’re making Neighbors, you’re like, yeah this is going to work. If you’re making The Disaster Artist it’s a little weirder, so who knows? It’s a similar philosophy with our products, but if anything, and just like a lot of our films, we’re pleasantly surprised by how much people respond to them.

Houseplant incorporates a social message with the Marijuana Policy Project and Cage-Free Cannabis and Black Lives Matter. As a businessman are you worried about alienating customers because of your overt social stance?

ROGEN: I invite them not to buy our products. I think weed is a political thing in America right now, and if you pretend it’s not, that is a political stance where you are taking the position of denying reality and ignoring the actual political climate that we live in right now and we do not want to do that..

In general I’m not afraid that we will lose our customers for speaking our mind and for being true to what we believe. I have not seen a lot of evidence that people don’t actually see things or engage in commerce with things if they don’t like the person that’s running it, if they actually want the thing, you know. I think fear is instilled in people to not speak their mind with the repercussions that it might harm your business. I don’t know if it’s actually true necessarily.

What are some challenges of starting and running a cannabis company?

MOHR: Many people do not realize that it is a $25bn industry and unfortunately, the regulatory and legislative climate hasn’t kept up with public sentiment. Because of that, and the restrictions that continue to exist, it makes running a cannabis company a lot more challenging. It’s incredibly challenging for small businesses and equity license holders who get in the space and think that they have this great opportunity ahead of them, which they do, but then they have to deal in cash, pay all this extra money for security and then transport cash around their state. And even though it’s still illegal at the federal level, the federal government still taxes it, and the tax code makes it incredibly onerous for companies in our space.

What advice do you have for those who want to get into an industry that is controversial, like the cannabis industry?

MOHR: If you’re going to make a jump to cannabis or any new industry like it, make sure you’re doing it for the right reasons, not just because you want to make an extra buck. You’ll make a lot more extra bucks by doing something that you’re passionate about and believe in. The cannabis industry is a burgeoning industry that has many, many different facets to it. So there’s totally different areas that people can get involved in within the cannabis space, from cultivation to marketing to product development.

Where do you see yourself and the industry in five to seven years?

MOHR: The unfortunate reality is that comprehensive cannabis reform is not sitting right here on our doorstep.

ROGEN: I’m not sure. If you asked me five years ago where we would be, I would not say where we are right now, I’ll tell you that much. We live in unpredictable times. I hope we live in a world where people contextualize weed, the way that it should be contextualized in their lives. I hope that weed beverages are sold at bars and restaurants. I hope that weed is federally legal. I hope that people understand that there’s no reason that it shouldn’t be. And, I hope that slowly people understand that the things they’ve been told about it are not true and that most people, if not everyone, can in some way incorporate weed into their lives that would be positive. Be it for sleep or relaxation or CBD for muscle pain and things like that. It has anti-inflammatory effects, I think it’s something that has an enormous amount of potential to help a huge amount of people, and I hope that it has the opportunity to do that.