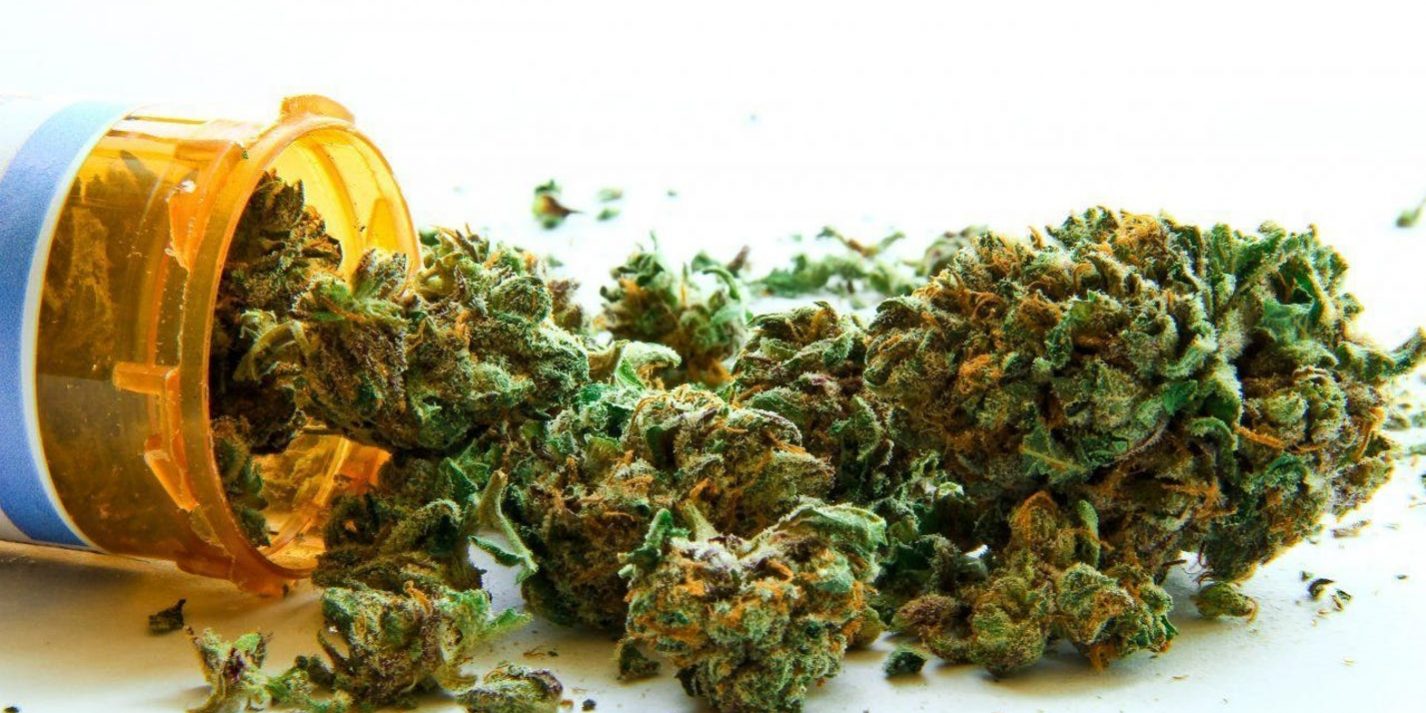 William Brooke O’Shaughnessy, an Irish physician, is credited with first bringing knowledge of the medicinal benefits of consuming cannabis to the west.

While working abroad in India in the 1830s he discovered through experimentation, observation, and research that a herb widely consumed by the locals was, amongst other things, a rather effective analgesic and anticonvulsant.

Upon his return to Europe in the 1840s with a sizeable cargo of cannabis seeds he began cultivating, extracting and creating various preparations of the plant.

These were then used to treat a plethora of ailments and illnesses – becoming so popular that by 1850 it was placed in the United States Pharmacopeia and became a popular ingredient in most pharmacological preparations prior to the discovery of drugs such as aspirin in the late 1800s.Cannabis has been utilized by humans around the world for tens of, if not hundreds of thousands of years to treat all kinds of conditions and diseases.

Prior to the prohibition of cannabis, all use was considered medical or having medicinal benefit. It is only really since the advent of the war on drugs that there has been this arbitrary distinction between so-called medical and recreational cannabis consumption.

This is the same divisional tactic and rhetoric that has been used in the debate about the many industrial applications this plant also possesses as authorities continue to proclaim that hemp and cannabis are different plants and should accordingly have separate legislation governing them. Allowing certain parties to massively profit while restricting access to others – now why does that sound familiar?

The sustained smear campaign conducted against cannabis by sundry of industrialists, misguided moral crusaders and easily corruptible governments has ultimately led to the complete criminalization of the consumption and utilization of any part of the genus Cannabis Sativa L without prior expressed permission and the acquisition of often rather expensive licenses from government departments like the USDA or British Home office.

In recent decades, however, there has been a resurgence and renaissance in awareness and knowledge about the medicinal benefits and effects of consuming cannabis both prophylactically and to help reduce, relieve and manage the symptoms of a multitude of modern conditions, diseases, and illnesses.

The first modern medical program was created in California back in 1996 with the passing of Proposition 215 also known as The Compassionate use act of 1996. This allowed for the first time since the start of the prohibition for cannabis to be prescribed by a doctor to a patient for the treatment of a limited number of ongoing conditions such as HIV, Aids or to treat the side effects of toxic cancer treatments and drugs. This was later expanded to include back pain and migraines

Two conditions that became far more prevalent in the preceding years as citizens with conditions not on the qualifying list had to suddenly have these other conditions to gain access legally. This was also the first time in law that a distinction was drawn between regular cannabis consumption and the use of so-called “medicinal cannabis” Two decades later and the golden state has finally legalized cannabis for adult consumption with the passing of “the Adult Use of Marijuana Act” or Proposition 64.

This means that people suffering from conditions that could be helped by cannabis but who were not on the approved list can finally legally benefit from consuming cannabis. This effectively gives all adults access to cannabis and the right to choose to consume it to aid or improve their lives.

This has created the road map that has since been adopted and followed by many countries including most recently Canada who first granted limited medical access back in July 2001 and have subsequently now followed California’s lead by “legalizing” their adult consumption market, albeit it with 38 new rather draconian laws. Could this be the same path that Britain takes in the coming years? “Medical cannabis” and cannabis-derived medications were after all reclassified from schedule 1 to schedule 2 on November 1st, 2018 by home secretary Sajid Javid. This rescheduling should have granted citizens access to legal cannabis for medicinal purposes.However, in reality, the legislation only moved Cannabis-based medications such as Epidiolex and Sativex and “pharmaceutical grade” Cannabis in its floral form from schedule 1 to schedule 2.

Homegrown cannabis or so-called street weed remains schedule 1 and as criminalized as “recreational” cannabis even if your condition is on an approved list and you have a prescription personal cultivation still carries the same potential penalties. So, it would seem that cannabis can have medicinal value but only if you buy it from one of their approved dealers – sorry, I mean “healthcare professionals”. It is now 6 months since this change in law and just over a handful of people have been able to obtain cannabis on a rather expensive private prescription nor has there has yet to be a single person able to access it on the NHS.

This now means that although at least two members of our current government are directly profiting from the sale of cannabis-based medications for the treatment of MS and Epilepsy they won’t allow their constituents to access it. Leaving those consumers who already know that they can benefit from cannabis to continue to be criminalized and expected to either continue suffering needlessly or risk either 14 years in a cage for cultivating their own or 5 years for buying it from the black market.

This arbitrary distinction between “medical” and “recreational” exists solely to help pharmaceutical companies, venture capitalists and industrialists to dominate, commodify and monopolize the emerging cannabis market while continuing to criminalize the public and any potential industry rivals. Consider this if legal commercial cultivators of both “medical” and “recreational” cannabis are required to produce it to the same industry standards by the same manufacturing regulations and practices and they’re from the same strain what exactly makes one medical and the other not?

Think about it they both provide phyto cannabinoids that help supplement the mammalian endocannabinoid system, so why is there such a distinction between so-called medical and recreational cannabis? The short answer is money. GW Pharmaceuticals are currently the world’s largest producer and exporter of “medical” cannabis selling their oil in their flagship product Sativex for four times the price of gold.

Helping to line the pockets of the current British Prime Minister Teresa May and Drug Minister Victoria Atkins whose husbands both directly profit from GW being allowed to dominate the legal cannabis market and their partners regurgitating the party line at the pulpit that cannabis has “no accepted medical value”. Yet private clinics in the UK are legally allowed to import cannabis from Holland and sell it via a private prescription model while the average consumer continues to be persecuted for being too poor to afford a prescription and persecuted if they dare grow their own at home.

The flowers sold by these clinics are considered “pharmaceutical grade” whereas your home grow is classified as a dangerous street drug that can cause psychosis, addiction and has “no accepted medical value”. One such product is the rather creatively named Bedrocan from the Dutch company Bedrocan.

Which is the brand name for “Afina” a Sativa strain with 22% THC and <1% CBD. But wait, isn’t that, that dangerous skunk stuff we hear so much about in the British media?! If I gave you a bud of Bedrocan flowers and a bud of UK home grow you wouldn’t be able to tell the difference between the two.

So why is it that one can be sold to patients for three times the average street price yet the other could land them in prison for 5 years simply for possessing it?It is the same if you were to compare say Blue Dream and Blue Dream CBD both breed by Humboldt seeds but the CBD version is a 1:1 whereas the other is THC dominant with 19% and less than 0.1 CBD yet they look and smell identical. This whole CBD is medical, and THC is a dangerous addictive street drug rhetoric is neo-reefer madness being promulgated by individuals personally profiting from the public’s ignorance of their Endocannabinoid System (ECS) and the entourage effect.

So, I ask you medical or recreational what is the difference when it is you that plants the seed? There is no need for an arbitrary distinction or for you to fain, fake or exaggerate an illness or condition to just because it happens to be on the list of approved conditions arbitrarily set by ignorant legislators that have no expertise or experience in this field what so ever. Interestingly, recently in Canada the CMA (Canadian Medical Association) submitted a proposal suggesting that there is no need for a distinction or difference in law for the production and distribution of medical and recreational cannabis.

I am inclined to agree in part, I believe that the only difference should be in the way they’re taxed to offset the cost of individuals with lifelong diseases and conditions that require continual high-strength doses. However, until the system is changed the cheapest, easiest way to get consistent access to quality cannabis is to cultivate it yourself

Written and Published by Simpa in Weed World Magazine Issue 141