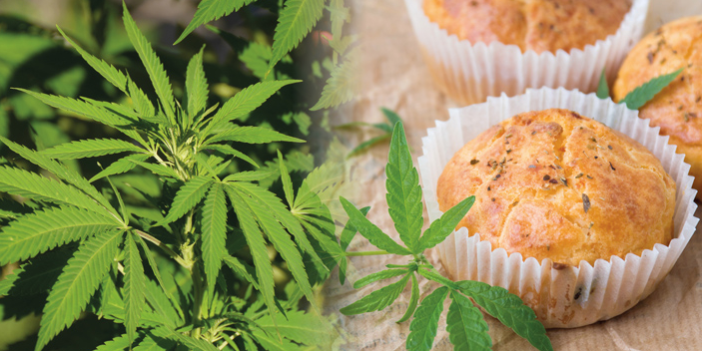 If there is one effect which people associate with the consumption of marijuana, even if they have never have experienced it for themselves, it is the eponymous feeling of insatiable hunger that suddenly overwhelms all logical thought processes and allows us to demolish vast quantities of sugary goodness in record time.

Any ideas yet? Of course you do, it’s the “munchies” and it turns out that it is more than just an excuse to eat unhealthily – it’s a real process and we now have research results to prove it. So, grab a couple of packs from the snack box, get comfortable and get ready for the science part.

It’s no secret that our human brain is a wonderfully complex beast which has been probed, scanned and poked for many years in the hope of understanding its full potential. Each year we learn more and more about the methods the brain uses to regulate all aspects of our everyday lives whilst simultaneously discovering and evaluating different chemicals’ abilities to change the way that the brain speaks to the rest of our body. Sitting at the top of our brainstem, essentially living in the basement of our grey matter, is a wonderful little gathering of nuclei called the hypothalamus, which no bigger than an almond yet controls a multitude of things including: aspects of our behaviour, regulation of body temperature and maintaining our body clock by telling us when we need to sleep. The hypothalamus release hormones and stimulates various processes to keep us ‘on track’ as we attempt to maintain a healthy lifestyle and research has linked one particular role to our sensations of hunger. 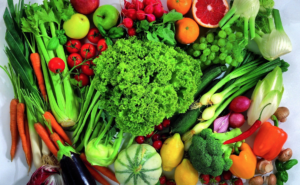 The pro-opiomelanocortin (POMC) nerve pathway is an area which researchers have linked directly to our feeling of fullness when we eat. Consider it as a silent alarm in your brain which taps you on the shoulder and gently whispers “that’s enough” after you have loosened your belt for the third time during a meal – the POMC shuts off our desire to eat once the body perceives that enough has been consumed. As opposed to your intestines filling up like a party balloon until they pop, we tend to stop eating far before we are physically unable to consume any more food. Most of us have found that we get a ‘second wind’ if we wait for a few minutes during a heavy meal, it’s just one of those thing we grow accustomed to, without understanding why it happens the way that it does. Significantly, external factors can have a notable impact on the normal function of the hypothalamus and the POMC is particularly susceptible to certain substances and this can cause a loss of hunger or the complete opposite. This is where cannabis comes in to play.

Previous studies of the endocannabinoid system led to the discovery of the CB1R cannabinoid receptor and by injecting mice with a chemical designed to stimulate cannabinoid receptors it was quickly realized that CB1R could cause a sensation of hunger. Not only did the research note that hunger was triggered by this stimulation, it found that the test subjects ate to excess and consumed quantities far beyond what was usual. This excessive appetite is a familiar sensation for most cannabis consumers, but further research hoped to find out how CB1R manages to override our body’s natural regulator by examining feeding response’s relationship to the POMC.

What this study found was that the introduction of simulated cannabis onto cannabinoid receptors was causing the POMC cells to activate hunger signals, thereby causing increased feeding levels. To ensure fairness the test was repeated in several iterations using blocking chemicals and placebos, but the overall results seemed to prove that the cannabinoid system had a direct influence on the operation of this area of the hypothalamus. Perhaps even more significant is the additional impact of this stimulation, which is the release of beta-endorphins from the hypothalamus. Beta-endorphins play various roles in humans, with many analgesic effects linked to dulling pains, yet they also cause sensations of pleasure and satisfaction in a similar manner to opiates and morphine. Indeed, beta-endorphins are the body’s own morphine producers and it has been hypothesized that the link between an instinctive feeding response and a ‘good feeling’ after demolishing a pack of chips is worth investigating further. This is not to say that stimulating the appetite through the introduction of an external factor could lead to addictive behaviors, simply that all these things need to be considered.

Beyond the realms of the couch or an all-you-can-eat buffet, there are some incredible implications for this kind of research in continuing to champion the use of marijuana for the treatment of various medical conditions. Appetite stimulation, or rather a loss of appetite, is an area which cause a huge amount of stress for people recovering from various treatments (including chemotherapy) and many patients feel unwilling or simply unable to eat as they suffer from an array of side-effects. Weight-loss can be dramatic and a lack of nutrients can hinder the rate of recovery, sometimes leaving no other option than to use feeding-tubes which are often uncomfortable and unpleasant. On the road to recovery we need every method of support and stability available to us and it is reassuring to know that areas which allow medicinal marijuana are prepared to prescribe it for the purposes of stimulating appetite. This is still a bit of a mixed bag when it comes to consistency and all-too-often it is really a case of who your physician is and what their personal preferences are instead of an all-for-one system of treatment. The implications of this type of stimulation could reach out into multiple fields of treatment and help people who develop eating disorders through psychological as well as physiological conditions. In an age where eating healthily is promoted endlessly, it is all too easy to forget that some people struggle to eat at all. What was once simply a way to mock the stereotypical stoner whilst they stared at a sandwich, may just turn out to be something far more significant.