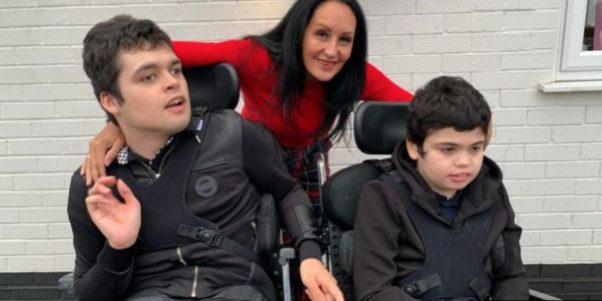 The mother of two sons with severe epilepsy faces paying thousands or breaking the law to import cannabis-based medicine, despite having it prescribed by a British doctor.

“Our children’s lives are at risk and that’s what we are being forced to do,” said Ms Norton, 47, from Macclesfield.

A government spokesman said there was “a clear consensus on the need for more clinical evidence” about the medicines.

More than 1,700 prescriptions for medicinal cannabis products were issued by the NHS in the year following a 2018 change in the law allowing the drugs.

These have primarily been used to treat those with multiple sclerosis or undergoing chemotherapy for cancer. 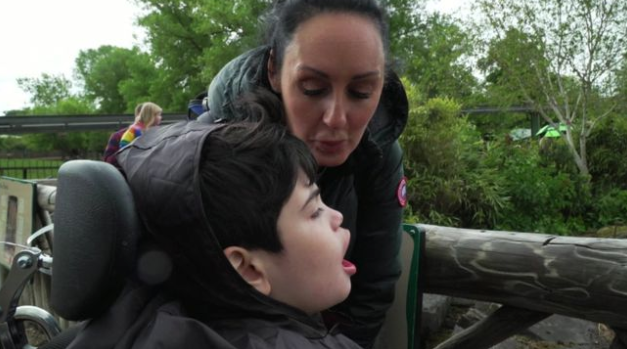 No cannabis-based epilepsy medicines are licensed for use in the UK and only 12 prescriptions have been issued for unlicensed medicines since.

About 180 patients have accessed the drugs using an “early access” scheme run by the British manufacturer, GW Pharmaceuticals.

Ms Norton said her sons, Reims and Cayman, had a rare form of epilepsy known as Lennox-Gastaut syndrome.

“We go to bed at night not knowing if they are going to be there in the morning. That’s the reality of it,” she said.

“Every seizure is dangerous, every seizure causes damage. There is just no quality of life for the boys at all.”

After being repeatedly admitted to the Royal Manchester Children’s Hospital, Cayman was treated with Epidiolex, a drug containing a chemical component called Cannabidiol (CBD) that is derived from cannabis, but not the Tetrahydrocannabinol (THC) that gives illicit users a “high”.

While this initially helped control his seizures, it appeared to stop working, Ms Norman said, and she asked the doctors to prescribe another drug made from the whole cannabis plant.

Marketed as Bedrolite, this has only been available in the Netherlands, meaning some British parents have smuggled it into the UK illegally to help their children.

The hospital turned down Ms Norton’s request, so she turned to a private consultant at The Portland Hospital in London, who did prescribe the drug.

She has since been told it would cost £1,800 to import and the cost could rise if the dose increased over time.

“The import cost for the medication, to do it legally, is ridiculous. The other option, which is what other families are doing, is they are literally going to Holland and bringing it in illegally,” Ms Norton said.

“Our children’s lives are at risk and that’s what we are being forced to do. That’s the reality of it.”

Ms Norton has since spoken to a Scottish company she hoped may be able to obtain import licenses and bring the medicine to the UK on a not-for-profit basis, although the cost would still be about £1,000 a month.

She is currently fundraising to pay for the drugs and said she wanted to see clinical trials of cannabis-based medicines such as Bedrolite in the UK.

“These children are really, really sick; they’ve got no other options. They can’t wait for the trials, they won’t be here,” she said.

“You know every seizure could be fatal, we haven’t got the time.”

It could take “five to 10 years,” for clinical trials to generate the necessary evidence for doctors to feel comfortable prescribing the drugs, said Prof Harry Sumnall from Liverpool John Moores University.

“We’re also hearing that even when some consultants actually approve this, NHS trusts and clinical and commissioning groups are not prepared to pay for it because a lot of these medicines haven’t demonstrated good value for money,” Prof Sumnall added.

In a statement, the Department of Health and Social Care said: “There is a clear consensus on the need for more clinical evidence.

“The decision to prescribe must remain a clinical one, made with patients and their families, taking into account the best available international evidence, the potential risks and benefits and individual circumstances.”

The Manchester University Foundation Trust, which runs the city’s children’s hospital, said it could not discuss individual cases but said “expert clinicians work very closely with pharmacy teams to ensure the most appropriate and effective treatments are provided to patients”.

The National Institute for Health and Care Excellence has been consulting on the use of cannabis-based medicines and is expected to publish final guidelines by November.