Living Life On Lockdown, By Psy-23

It’s been a weird few months, right? I hope that you and yours have been coping okay with all this madness – I know it’s not been easy.

I remember being told that my ‘official’ place of work was going to be closing due to the spread of Coronavirus (or, more realistically, due to the UK government’s complete mishandling of the early stages of the outbreak, but that’s beside the point) and the first thing which sprung to mind was, “I’m going to be working from home – I’ll get loads done and I’ll have loads of free time!”.

In the first few weeks, when all this seemed like it might blow over in a short space of time and the sun was blazing in the sky every single day, I have to admit that I was quite enjoying the lockdown. I appreciated that it was for the benefit of all people to avoid human contact (which I frequently do anyway), so I was more than happy to spend my days enjoying some quality time with my family whilst working remotely to the best of my abilities. Back then I thought that this would be a welcome break from the stresses and strains of our hyper-capitalistic world…fast forward three months or so and it’s certainly been a bit of an eye-opener.

There was a moment in the first fortnight when my wife and I came to realize that it was imperative that we made the most of our situation and we set out to purchase some fitness equipment. I’m not a ‘gym guy’ but we still contemplated organizing a rota for working out, spending time with the kids, working from home and keeping the house relatively tidy when four people are in the habitat for twenty-four hours a day.

We started to sort through the little jobs we’d been putting off at every previous opportunity and it all started off pretty well. The first hurdle came up when we saw the queues forming outside the local supermarket and noticed the sudden panic which seemed to have taken hold of pretty much everyone we saw. As my wife has a chronic illness, she had to be extra cautious throughout this period and we rapidly became even more reclusive than was required by the ever-changing official narrative. We came to the realization that this move towards a ‘new normal’ would require some rethinking and forward planning to keep on top of even the basics of existence.

Looking back at my initial excitement (not that this seems an appropriate phrase to use now we know the reality of this situation) at the prospect of having more time to spend as I pleased, it’s sobering to come to terms with the fact that I took this all so lightly back then. I had visions of doing so many different things and achieving so many personal goals, making the most of a bad situation and all that jazz, but it all quickly fell by the wayside once I began to appreciate that looking after two young children (one of which was less than 18 months at the time of lockdown) all day, every day alongside trying to stay on top of work requirements, Zoom meetings, checking in on people and just generally running a household takes up a rather significant proportion of your time. The big issue for me came when we began to fall into a routine of just about managing to make it through each day and then having a few drinks in the evening along with having a toke or three to unwind before collapsing into slumber and hoping the baby didn’t wake up too many times through the night (wishful thinking).

Suddenly, I was feeling a bit hungover most days and I was working through my normal weed supply much quicker than usual (plus I hadn’t factored in the increased complexities of having to head out to secure more buds). I remember the good old days, when I could blaze from morning until, well, morning, I guess, but as I’ve got older and managed to try and make something of myself it’s not really compatible with the life I now live (so I tend to leave my THC intake until the evenings). But I digress.

Over the past year or so, I’ve been keeping my stash topped up through a couple of different connections, some of which were more reliable than others, but I still mainly relied on being able to go and pick up whatever was on offer in person. I quickly realized that my location was a problem because I would be driving a reasonable distance to go and collect and this made it increasingly likely that I could be stopped and questioned by the police. To make things worse, a few of my regular contacts either stopped answering calls or were constantly ‘waiting for a shipment’ which never seemed to materialize. 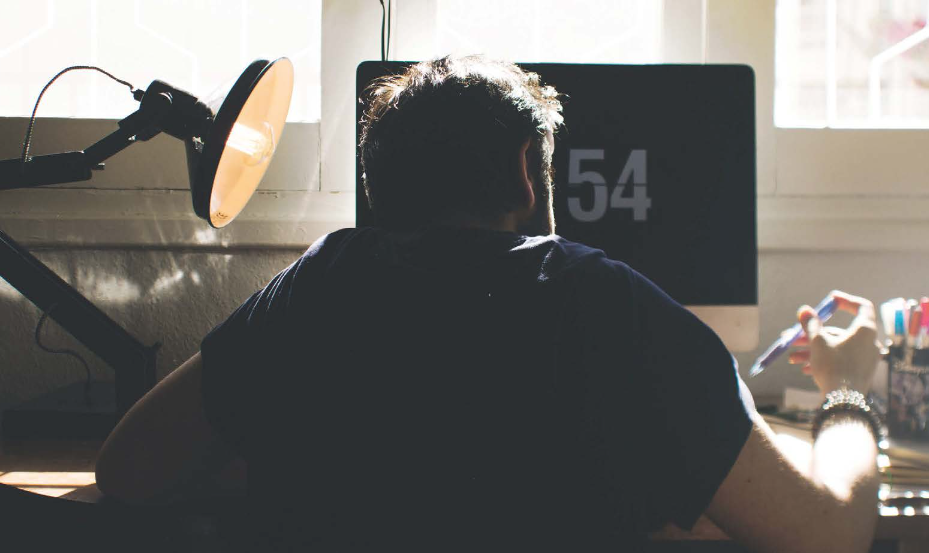 This was probably a blessing in disguise as I often found myself milling about on street corners or being parked up and looking suspicious for longer than I care to remember while waiting for my hook-up). As my wife and I both consume for medicinal purposes as well as for recreational enjoyment, I became concerned that we might have to deal with the reality of seeing our stocks run dry. Not what you need in the time of a crisis.

Obviously, we had to try and reduce our rate of consumption (which was possibly getting a bit out-of-hand on reflection) to ensure that we were just maintaining our mental health and comfort levels. Usually this is not a problem, but being stuck in constantly with very little in the way of respite from work and childcare meant that the desire to smoke more in the evenings was often quite prevalent. Add to this the fact that the temptation to smoke throughout the day was often too great to ignore (which I don’t normally do due to the requirements of my employment – not as a writer for this magazine, obviously) and it became apparent that it was far too easy to slip into poor routines.

Through a few online connections, we managed to bypass our localized shortages eventually but this did little to change the general feeling that self-control is not one of my strongest points. Regardless of this, when a good friend got in touch with the news that they had cropped and cured a fresh batch of Cheese, I jumped at the chance to get a resupply. I really need to work on balancing things out.

All in all, it’s been a really strange time that has been both wonderful and stressful in equal measure. Not having to get up so early to travel to work, spending more time with the wife and kids and having time to sort out all those little jobs which go unfinished has been great; trying to work effectively at home, managing the constant needs of children and seeing the same three people day-in-and-day-out for three months has been trying at times. One thing I can say for sure after all this has gone on is that I don’t know how I would have coped without cannabis.

My mental health is often in a pretty fragile state and my daily dose of CBD and night-time dose of THC has done an immense amount to help me keep it all together. Without it I can’t sleep and my thoughts are often racing and swirling around at the best of times, so trying to imagine what it would have been like in a drought is not something I like to think about it. Sure, I need to maintain a balance to keep things ticking along without just ending up couch-locked by 11am, but you can’t blame me for having a few extra puffs on a spliff right now, right?