25 Things You Never Knew About Cannabis 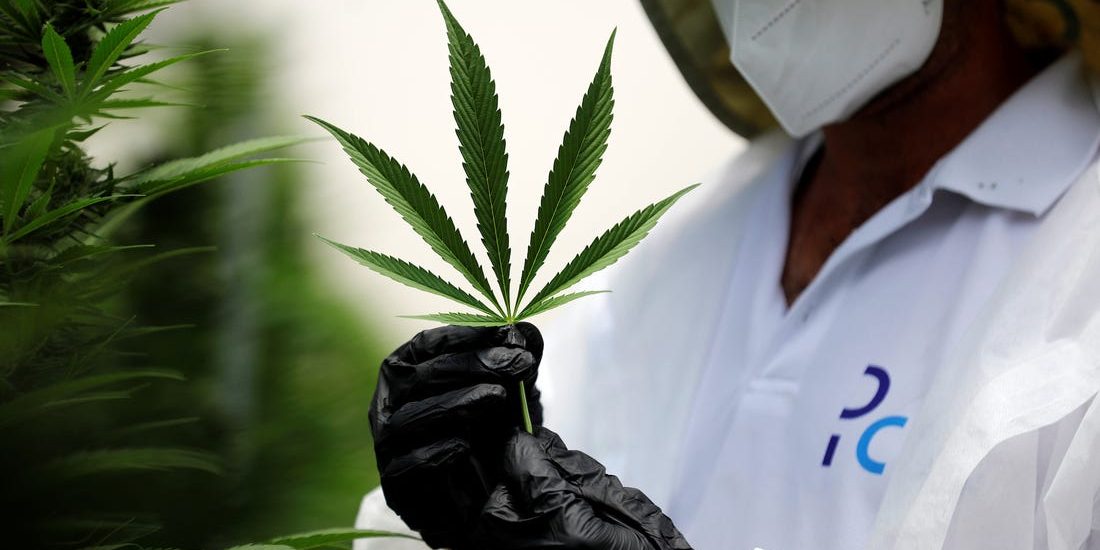 The world of cannabis is rich and varied, and has enough trivia to fill a thousand jeopardies.

You might think that you know a lot about pot, but there’s always something new waiting around the corner for you to toke up. Check out our expert curated list of 25 Things You Never Knew About Cannabis, and see how your knowledge stacks up against the 420 legends!

What every stoner should know

Some of the secrets of pot, fraught with enduring mystery, are outlined below. What will you do with the knowledge you gain? How will it change you? What will you become? The truth is: you have taken but a single step on an endlessly winding stair. The universe of 420 will not be contained to a single list, no matter how well written. A whole new world lies before you, vistas stretching endlessly towards the hazy horizon. Journey ever onwards, smoke, and check out these 25 interesting marijuana facts.

1. You can eat cannabis raw!

While it won’t get you high, it retains all of its medicinal benefits. Recent studies indicate that it can act as an anti-nausea agent.

The most famous among them is THC, which is largely responsible for cannabis’s signature high.

3. Cannabis acts as an analgesic

Which means it can be used to relieve pain. In States where it is legal for medicinal purposes, cannabis is frequently prescribed instead of opiate based painkillers for chronic ailments.

4. In spite of it being a Schedule 1 illegal drug

A medical drug derived from marijuana has been developed for the treatment of epilepsy.

5. Cannabis today is much more potent

Since its heyday in the 60s: It is up to 60% more potent now, far topping the weed enjoyed by the Hippies!

6. Cannabis was one of the crops cultivated by President Washington

George Washington grew weed at Mt. Vernon, making it an American lifestyle as old as the most famous founder!

7. Thanks to its prohibition, cannabis has many slang terms

There are a multitude of slang terms referring to cannabis across cultures and lifestyles, allowing for people to surreptitiously discuss it and, eventually, openly embrace its linguistic versatility as a beloved part of pot culture.

8. Cannabis can create anxiety and relaxation

Some people respond to cannabis by relaxing, whereas for others an extremely common side effect is anxiety. Scientists are as yet unsure what causes some people to feel one over the other!

9. Shakespeare had a green thumb

Marijuana residue was found in the garden owned by none other than William Shakespeare! Was the Bard an early pot activist?

10. Cannabis legalization is supported by the majority

The top Two-thirds of Americans want pot to be legal. In spite of this, pot legalization faces a dual hurdle: because it is generally illegal at both the state and federal level, activists need to work for its legalization in both ways, which requires very different approaches.

The latin names for pot are Cannabis Sativa and Cannabis Indica. Sativa is generally associated with pot that provides uplifting, stimulating effects, whereas Indica tends towards affecting the body as a whole, promoting states like physical relaxation and the like. But, is there a difference?

CBD, a Cannabinoid you see information about on products all over the place, is derived from pot but actually does not cause any kind of high. It is reputed to have a host of other medicinally beneficial effects, many of which are being carefully studied right now.

Are you familiar with Terpenes? They are yet another kind of compound found in cannabis. They too may embody medicinal properties, including inflammation and anxiety fighting chemicals. In addition, terpenes are what give cannabis its individualized flavor and aroma based on the particular strain.

15. Ruderalis is a rude awakening

There is a third major type of pot, Cannabis Ruderalis, presumably named after the rude awakening you’re in for upon ingesting or smoking it. It doesn’t really….do…anything, so its existence is largely relegated to pot trivia questions.

16. Legalization is a team effort

Thanks to the tireless work of advocates and activists, eleven states have legalized various amounts of weed for personal use. Between them and the states where some form of medical marijuana is allowed, pot is in some way legal at the state level in more than half of the United States.

The first states to legalize marijuana for recreational use were Colorado and Washington, which passed initiatives at the state level in 2012. Since then there has been a steady stream of legalization, but not the floodgates opening that activists had hoped would happen.

Did you know that, thanks to early activism, Oregon was the first state to decriminalize marijuana. Decriminalization does not mean that possession was legal for recreational purposes, but as of 1973 people were no longer subject to criminal penalties like imprisonment for merely having some pot on their person.

Colorado had to get rid of its Mile 420 sign! Thanks to comedy fueled pot fans, Colorado now has a Mile 419.99 instead. Spoilsports!

20. Hippies for prohibition? What?

Broadly speaking, the largest group that still opposes pot legalization is composed of Seniors over 55. Curious, given their role in the Hippie movement they should be possessed of better information about the benefits of weed…..

21. The good ol days of the black market

Limited legalization hasn’t gotten rid of America’s top flight black market. In fact, about 88% of cannabis sales are still made via illicit channels. This represents unnecessary danger to the participants and lost tax revenue for the states.

The only grow facility that is currently legal at the federal level is located at the University of Mississippi. Remember, cannabis is still considered to be a schedule 1 drug, the most heavily regulated category of drugs that has, and we quote, “no medical use.”

23. LaLa land has a shit ton of weed stores

The city of Los Angeles has more marijuana dispensaries than Starbucks, which sounds great right up until you need a drug that actually lets you function on Monday morning!

24. The Emperor did wear hemp clothes

Medical use of cannabis goes back almost 3000 years to the ancient Chinese empire, where seeds have been found that were used by shamans for healing purposes. The Emperor himself was said to have brewed the leaves into tea.

Pot is for humans, as any significant amount can be dangerous for pets or other domestic animals. That said, some people have used CBD on their pets to varying levels of effect: it’s hard to tell what effect you’re having when your dog always seems to have the munchies anyway!