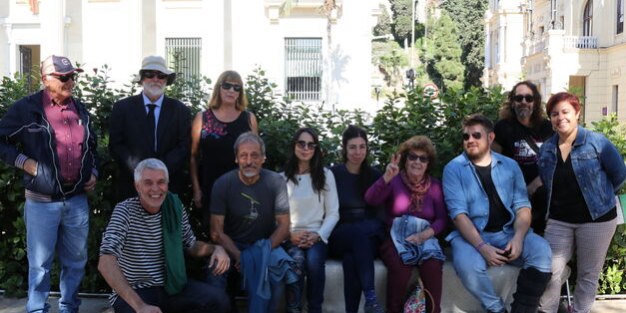 It is not the first time that the cannabis nan has faced the courts for mariijuana offences.

COUNCILLORS in Malaga have pledged their support to a ‘marijuana grandmother’ who was arrested after the Guardia Civil seized cannabis plants from her country mansion.

Members of the left-wing coalition Adelante Malaga posed for a photo-shoot with 76-year-old Fernanda de la Figuera, who is a veteran weed legalisation activist.

She is facing four years in prison for growing marijuana plants in her house, which were distributed to members of a local cannabis association.

The so-called ‘cannabis club,’ Marias por la maria, uses the plant to relieve the effects of diseases including cancer, osteoarthritis and fibromyalgia, which causes muscular pain.

Adelante Malaga councillor Nicolas Sguiglia called the proposed jail term a ‘disproportionate penalty’ and said he was in favour of decriminalising ‘the cultivation and use of cannabis for self-consumption or therapeutic purposes.’

It is not the first time that the cannabis nan has faced the courts for marijuana offences In 1995 she was acquitted in a similar case.