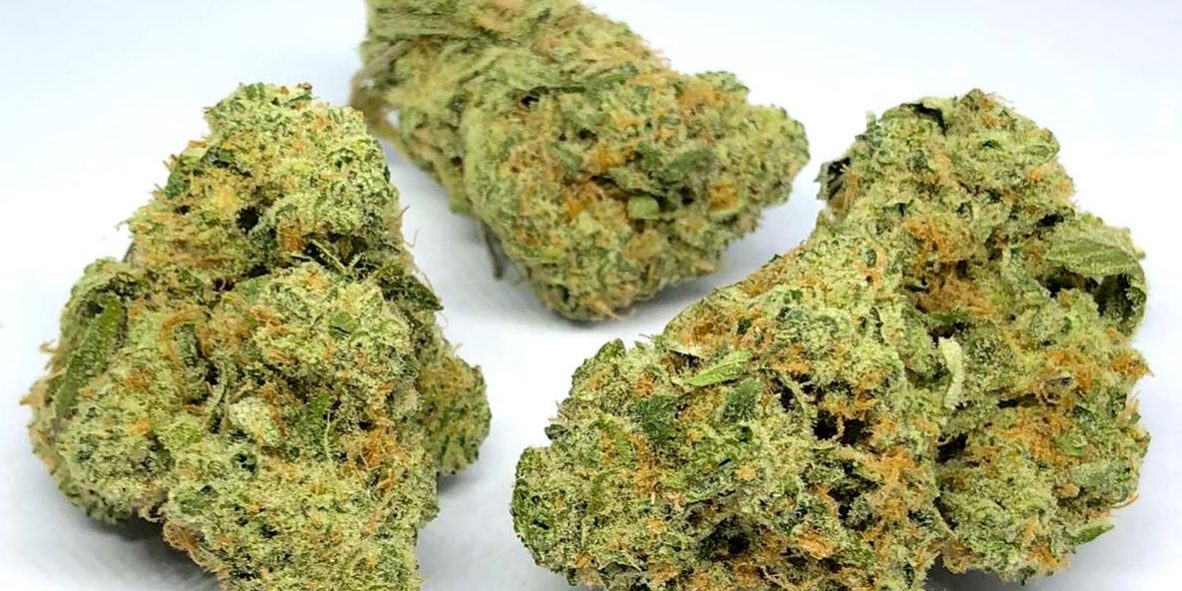 Since Colorado launched adult-use sales back in 2014, becoming the first U.S. State to legalise recreational use of the plant, the ‘centennial State’ has already turned over $6 billion in cannabis sales revenue. This is according to the Colorado department of revenue.

While the democratic-learning U.S state might be paving the way for legal weed, it seems that the United Kingdom is somewhat influencing consumer preferances with a balanced hybrid cannabis strain known as ‘UK Cheese’.

A long-time favorite for producing fast-acting euphoria, U.K. cheese rose to popularity in the ’90s for its 50/50 Hybrid qualities and unique heritage. The strain descends from Skunk #1 circa 1988, which carries the genetics of Colombia (Sativa), Afghanistan (Indica) and Mexico (Sativa).The 50/50 Hybrid was developed by British cannabis cultivators. Thanks to its combination of cerebral effects mixed with full-body relaxation, it wasn’t long after Brits discovered this cannabis strain that it made its way to the States.

UK Cheese is a Common Sight to Behold in Denver, CO

“Cheese”, named after its potent stink, spread like wildfire across Colorado after being introduced to the British weed world. Its popularity caught on in a similar way to OG Kush’s rise to fame throughout California in the 90’s and 2000’s.The Sativa-dominant hybrid (although some might say its effects lean more in the direction of an Indica) began its journey to Colorado’s legal cannabis scene shortly after being introduced to Europe’s hotspot for pot lovers – Amsterdam.

Coloradans won’t have difficulty finding this strain featured on dispensary menus, but they’d better be prepared to pay a generous price for the sought-after British golden oldie. Consumers living in the State of Colorado must be willing to pay at least $40 an eighth (around 3.5 grams) for U.K. Cheese. Although it doesn’t quite receive the recognition that Bubba Kush or Sour Diesel does, this underrated strain is totally worth the price. An increasing number of Denver’s cannabis dispensaries are catching on to the cheese whiff that’s permeating the pot scene. Ajoya, Ballpark Holistic Dispensary, Healing House, Green Dragon, Good Chemistry, Nature’s Herbs and Wellness, Lightshade, L’Eagle, Oasis Cannabis Superstores, Peak and Verde Natural Wellness have all carried U.K. cheese. British cultivators are patting themselves on the back in the knowledge that a strain which originated on U.K. soil has spread its seeds as far away as America.

Offspring Strains of British Cheese Also Catching on in Colorado

Woah, there’s a Cheesequake happening in Colorado. Cheesequake is the offspring strain of Cheese and Querkle. ‘Grape-infused Danish cheese’ would be a simple explanation of Cheesequake’s flavor. With the indica-leaning hybrid delivering a powerful pack of its parent strains’ fruity cheesiness, it is ideal for those who want a change from the common Kush that circulates dispensaries in Colorado.

The legendary hybrid’s offspring has been stocked by Colorado Harvest Company, the Dankery, Denver Clone Store, Farmers Market, Lightshade, the Lodge Cannabis, Mile High Dispensary and Timberline Herbal Clinic in Denver, to name a few.Some other U.K. Cheese hybrids that are cropping up on dispensary shelves throughout Colorado include Cheesewreck, Chiesel and Dairy Queen.

It’s a good job that British Cheese delivers so many different types of offspring to the market, what with the British-born strain being savored by some and loathed by many. Think of it as marmite; you love it or you hate it. Regardless, the plant’s best genetics are carried through to the aforementioned strains. Clearly, Colorado’s cannabis consumers – more than 15 percent of Coloradans are believed to use weed – are fans. Why else would dispensaries keep stocking U.K. Cheese?Blue Cheese is another favorite, with this indica cross is created by crossing a Blueberry male plant with the female Skunk #1 phenotype, U.K Cheese.

There are many reasons why Coloradans are exhaling plumes of cheesy smoke. The strain’s ability to produce such a broad spectrum of offspring strains is indicative of its powerful genetic composition. The one-of-a-kind strain maintains its reputation as an old time favorite, both within and beyond British borders.

U.K. cheese has a trademark smell that pretty much explains its name. Berry undertones and creamy cheese intertwines with sour Skunk notes, combining to create a smorgasbord of pungent aroma that will engulf your senses.Blue Cheese is the better option if you want to dodge the intensity of the hybrid strain’s cheesiness (just a whiff and your tastebuds will be tingling).Coloradans likely enjoy the fact that this classic British strain’s slightly herby and sweet scent metamorphoses into the trademark smell of Cheese when its nugs are ruptured. Split one open and let the tangy bouquet fill your nostrils.

Take a hit of U.K. cheese and your taste buds will be treated to a heavenly amalgamation of cream cheese merged with earthy tones and sour berry notes. As lovers of concentrated cannabis products and dry herb, Colorado’s cannabis consumers are probably tempted by the fact that this hybrid strain delivers its finest flavors when smoked or vaporizedThe taste of this strain tends to linger in the mouth for some time afterwards. However, with its soothing effects, this is not really something consumers seem to be concerned about.If one thing is for sure, it is that British Cheese has a flavor like no other – undeniable. After a while, it might get a little too much. With that being said, it would be worthwhile to have one of the strain’s descendants on standby if you feel like switching it up!

While it might not leave you feeling couch-locked, U.K. cheese will trigger a therapeutic wallop of slow-releasing, steady effects that last between two to three hours. The initial effects are predominantly relaxing, but not sedating. The British Cheese is a 50 percent Indica and 50 percent Sativa lineage, making it ideal for daytime or nighttime use.

British Cheese Yields a Bountiful Harvest With a market on-track to harvest $2 billion annually by 2025, Colorado’s inclusion of U.K. Cheese is certainly going to help bolster the strain’s voyage across the global cannabis market.

This strain has accomplished more than most; attracting the attention of consumers residing in of the biggest cannabis markets ever to come out of the U.S.Strains of U.K. Cheese can be cultivated and harvested within 60-70 days. A properly maintained plant will present American growers with the potential to yield dense buds the size of their palm. Speckled with orangey-pink hairs and plastered in potent trichomes, there really is no wonder that U.K. Cheese is catching the eye of Coloradans.