California Legalization, A threat to the Small Farmer’s Heritage – By Frenchy Cannoli “A happening in our communities. I am appalled by what has been reported to me regarding law enforcement treatment of small-scale cannabis cultivation. There are two issues I grapple with: first, small cultivators being caught up as collateral damage when cannabis laws are enforced through militarization; and second, the atrocious and inhumane treatment of those enforced upon, whether “properly” targeted or not.

I am a child of the drug war; my family had our house ransacked by enforcement just before my third birthday. The ransacking of homes because of a few plants is wrong and represents a deliberate terrorization of a populace that has suffered from decades of uneven enforcement.

Is this what legalization of cannabis means? That people have their homes violated and their belongings thrown about as though by thieves? This is a betrayal of the public trust. These tactics have been used in the past, which is why the community suffers from PTSD surrounding enforcement activities. There was hope that with legalization, these obscene prohibitionist tactics would end. People are afraid to speak out for fear of reprisals.

Landowners have long believed they have a riparian right to use water on their land for beneficial uses including homesteading. The law has changed to disallow cannabis cultivation as one of those uses; as such, a vegetable garden is an acceptable use, but a cannabis garden of the same size is now “environmental degradation”. We can all agree that bulldozing mountaintops is environmental degradation, so let’s see the focus be on large-scale damage and avoid the collateral damage of tiny homestead gardens.

There IS real environmental degradation happening; law enforcement must make the effort to distinguish the scale and effect of the damage. Collateral actions should be limited, and homes should not be violated. Chopping down plants is one thing, but ransacking homes is another.

Community members find themselves caught between the rock of enforcement and the hard place of a convoluted and unaffordable permitting process. Enforcement without opportunity is a broken paradigm. In sadness, Casey O’Neill”1California, the fifth largest economic power in the world2legalized Cannabis for adult-use in November 2016. Proposition 64 wasn’t everything the Cannabis Community was hoping for, not even close for many, but how could California not finally embrace adult-use after being the first to break the shackles of prohibition with the Cannabis Compassionate Act, Prop 2153 on November 5, 1996? States like Colorado, Washington and Oregon or countries like Canada and Uruguay.

had already previously legalized the adult use of Cannabis. It was time for California to catch up. However, if the goal of Proposition 64 was to transform the black market into a legal industry, it has failed miserably. Legalization has been anything but the supportive system it that was supposed to be to help the small Cannabis Farmer step into a legal future.

The hard reality is that we’ve gone back in time. The fear is palpable in the Emerald Triangle. The children of 1980s who gave all they had to be legal today are living their worst nightmare all over again. The trauma left by these years of harassment has never been so apparent. The whole community is caught in the crosshairs of this new war on illegal cannabis cultivation and is affected by the aggressive approach and attitude of the authorities with a treasure chest of a hundred million dollars allocated by Governor Gavin Newsom to resurrect the task force which arrested Dennis Peron4 in the 80s and is waging a new war on Cannabis in California.

Governor Gavin Newsom visited the Emerald Triangle during his successful electoral campaign. He listened to the farmers who expressed their fears and hopes in an open meeting that I attended. I even shared my belief in creating an appellation-like system similar to the wine industry to protect the Emerald Triangle’s Cannabis Heritage and its world recognition for quality and craftsmanship that the Emerald Triangle farmers are recognized for.

We trusted, we supported, and we have been betrayed.

Cannabis may have been legalized but while it should be recognized as an agricultural product it has not been accepted as such. It is regulated as an illegal drug sold on a legal market. Cannabis is still a Schedule I drug. According to the definition for Schedule I drugs, Cannabis has “no currently accepted medical use and a high potential for abuse”.5 The regulations and measures that apply to vineyards and other various agricultural farms are very different from the ones created for Cannabis farmers, painfully so. The regulations are so convoluted and make compliance so onerous that a large part of the community simply cannot afford it, and the ones that can are often stuck in limbo with expiring temporary licenses.

Former governor of California, Jerry Brown, predicted $643 million in annual revenue from Cannabis. The proceeds of the first year were just over $345 million, far from expectations. California’s three licensing agencies6 have issued over 10,000 commercial Cannabis licenses throughout the state. However, since the vast majority of the licenses are temporary, many expire every day before annual permits are granted. When you are a small farmer facing permit expiration at the beginning of the planting season, you are between the anvil and the hammer. 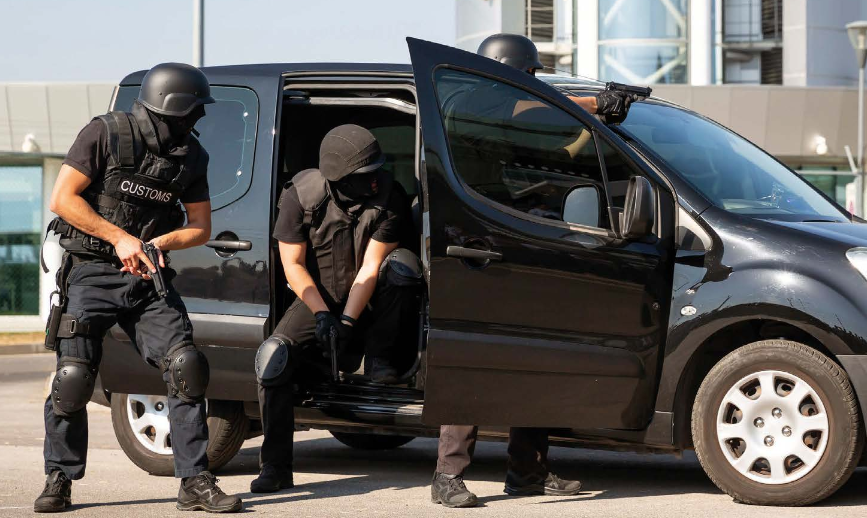 If you plant, you take the risk of being illegal in the middle of the growing season and if you don’t you will have nothing to harvest. At the beginning of the planting season, in April, there were over 3,000 temporary cultivation permits that had expired with another 7,000 that will expire in the coming months while only 52 annual licenses and 564 provisional permits were granted by the State of California.7California is unlike any other state in the U.S. or any other producing country for that matter.

To get the perspective necessary to understand the situation and the global potential of the Emerald Triangle we have to do some comparative studies between producing regions. California is slightly smaller than Morocco. Cannabis was initially cultivated in Northern California in the late 60s. Morocco started to produce hashish in the late 60s as well. Today Morocco is the biggest exporter of hashish in the world, “over the period 2012–2016, Morocco was reported as a source of cannabis resin by a large share of countries in North Africa (80 per cent of all mentions by countries in that sub-region that reported the source of cannabis resin seized) and Western and Central Europe (41 per cent of mentions in that sub-region).

Some cannabis resin of Moroccan origin was also reportedly trafficked to Eastern Europe (27 per cent of all mentions in that sub-region) and South-Eastern Europe (11 per cent of mentions).”8 California as was mentioned provides close to 80% of the U.S. market’s cannabis, the biggest market of Cannabis flowers in the world with an estimated 55 million regular consumers, 22% of all adults in the US.9 While the whole Rif mountains range is 13,371 mi², only a small portion of the region is cultivated to produce hashish. The Emerald Triangle is smaller, with a surface of 10,260 mi², and most certainly an even smaller area of Cannabis cultivation.

There is not much that can grow in the Rif mountains outside olive trees, or grapevines (which would be against the Islamic faith). Similarly, in Northern California, after the demise of the lumber industry due to two centuries of over-logging and new environmental regulations, there was only one crop that could support the three counties: Cannabis. Only hippies could have the resilience to not only survive but create a dynamic economy10 and become a world cannabis power house, unique in its status for producing the highest quality Cannabis in the world.

The world’s recognition of an agricultural product is the foundation of the “Appellation d’Origine” system in Europe. The of seal of approval from an appellation-like program can start the process of defining a terroir. However, the impact of legalization on quality has been felt by consumers. California has been building a reputation for mediocrity since legalization, a status that is negative for business however you look at it.

It is not only shameful for the licensed producers to not strive for quality, it is a threat to the creation of the first Cannabis Appellations. Bordeaux and France literally invented and created the wine industry we know today through a worldwide recognition for quality in 1886. It took fi fty years and many experiments for France to create a new age for the wine industry but learning from history and with the help of science we should be able to do this more rapidly. California is recognized worldwide as the Bordeaux of Cannabis; the land, the many micro-climates of Northern California, the unique cultivars of the region and the knowledge of small California farmers are the source of this recognition.

It doesn’t make sense to spend hundreds of millions of dollars to wage another war against the small Cannabis farmers using military Black Hawk helicopters and personnel while the State is not able to process thousands of expiring licenses. The most astonishing thing is, however, how little the core values of these farmers are understood. There are a few questions we have to ask ourselves because the answers could be the guidelines towards defi ning the direction of the Cannabis industry in California:

• Is there any other crop grown in the U.S. that is recognized worldwide for its quality outside Californian wine?

• Is the world recognition of an agricultural product the foundation of an “Appellation d’Origine” program?

• Is there any value in an “Appellations d’Origine” program for Cannabis, and protecting local geographic names?

• Is there any value in positioning California as the Bordeaux of Cannabis?

• Is there any value in creating quality standards for the new cannabis industry?

• Is there any value in creating a market dedicated to quality?

• Is it wise to persecute the Goose that lays the Golden Eggs?I would love to know your answers to these questions and would appreciate if you would share them by email at [email protected]