You are here:
Medical UsesNewsUncategorized 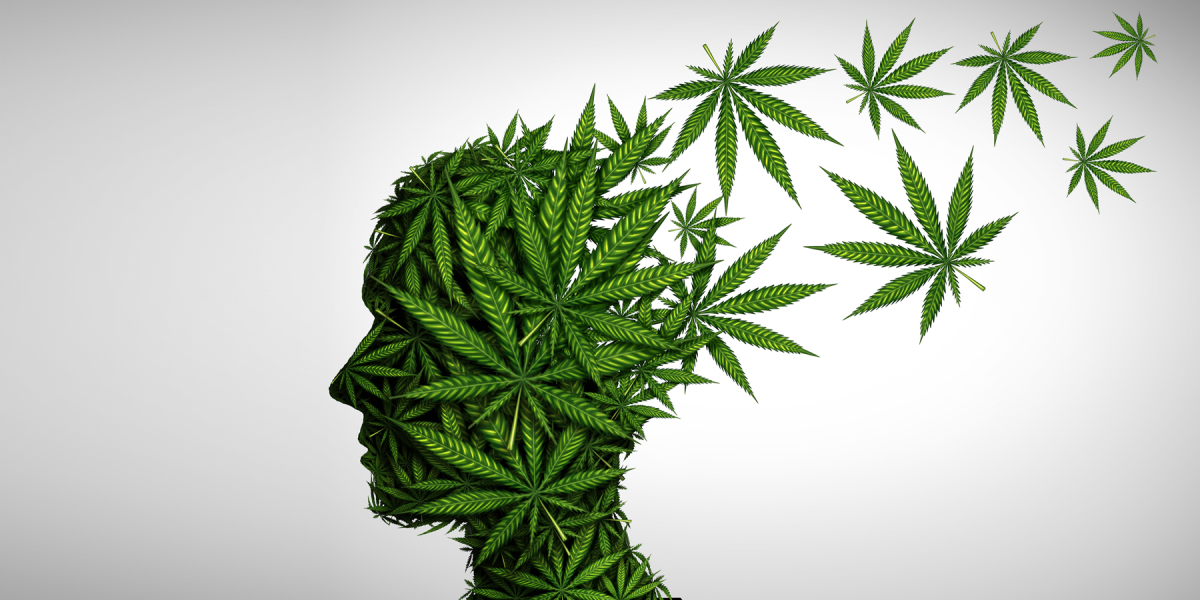 Is cannabis really good for people struggling with mental illness?

The popular opinion is that it is. Whether you suffer from anxiety or have faced your battle with depression, cannabis is often crowned the miracle medication.

However, as more research develops, we’re starting to find that cannabis isn’t always helpful. And, in fact, can cause further mental health complications, such as psychosis [1].Since the cannabis plant has over 113 different cannabinoids (or chemical structures), it’d be impossible to go through every way marijuana and it’s respected sister plants can have an effect on you.

So, for this article, we’re going to look at the two most popular cannabinoids – tetrahydrocannabinol (THC) and cannabidiol (CBD).Throughout this piece, we’ll offer a list of different mental illnesses and what research – as of this time – has discovered in terms of the two cannabinoids. Our goal is to help you along your mental health journey and give you the insight necessary to determine whether or not cannabis is the right medication for you.

Cannabis and the Brain

But before we begin, it’s important to understand just how cannabis and the brain work together.

Tetrahydrocannabinol (THC) has a chemical structure very similar to one already found in our brains, anandamide [2]. Both THC and anandamide send chemical messages throughout our nervous system through neurotransmitters.

Neurotransmitters are responsible for a number of different responses in the brain, including:

Due to THC and anandamide’s similarities, THC has the ability to attach itself to cannabinoid receptors with a variety of neurons. In turn, the brain’s natural cycle is interfered and people who intake THC develop what’s often referred to as a high.

Cannabidiol (CBD), likewise, interacts with the brain in a similar manner to anandamide. In fact, just like THC, it increases our brain’s natural production of endocannabinoids and works through the nervous system [3]. However, the major difference between CBD and THC is THC works with two significant receptors, CB1 and CB2.

Whereas CBD doesn’t affect either of these much at all. In turn, users won’t experience the psychoactive effects often associated with THC.Research continues to discover new ways in which cannabinoids affect the brain and mental illnesses. With looser legislation and better technology, scientists now have the ability to research cannabis in ways that weren’t possible throughout the last century.

Therefore, much of the information mentioned above and below can be outdated within months of this publication.

People struggling with anxiety who have experimented with marijuana usually either 1.) find cannabis to relieve their paranoia or 2.) find cannabis to heighten it [4].These two opposite responses are due to the way anxiety works within the brain. Particularly, with the amygdala – a receptor that’s responsible for various emotions, including fear [5]. THC naturally attaches itself to the amygdala and, in turn, heightens whatever emotion is present in that moment.

So, if you’re feeling particularly anxious one day and smoke some pot, THC will attach itself to the very receptor causing your anxiety and intensify your fear. On the other hand, if you’re feeling fairly relaxed as it is and take a toke, then you’re calmness will further enhance.

Of course, weed doesn’t work this way for everyone with anxiety. Some will find THC always alleviates their fear while others will always experience paranoia from high.

If you experience the latter, you may want to try CBD. Similar to THC, CBD will attach itself to your amygdala. However, it will not induce the psychoactive effects associated with marijuana. Rather, it will ease tension throughout your body and help calm you down.

Some people even use CBD to ease an unsettling high brought upon by THC.

Attention Deficit/Hyperactivity Disorder (ADHD)ADHD is a tricky subject when it comes to cannabis products. Mental health professionals currently prescribe stimulant medication for the disorder, such as Adderall [6]. The effects of this drug tend to cause a lot of activity in users while cannabis is renowned for its relaxing outcome.

Furthermore, the little research conducted for cannabis and ADHD doesn’t show sustainable evidence that the two are a match made in heaven.

In one study managed by PLOS One [7], a quarter of participants felt that cannabis helped with their ADHD symptoms. More specifically, most of these participants claimed they were able to better manage their symptoms while high on marijuana. But in another study by Nature journal [8], it was discovered that people struggling with ADHD who lacked dopamine could benefit from cannabis. The participants claimed the drug produced pleasurable feelings and the researchers believed its due to a spark in dopamine levels.

However, journal Brain published an imaging study which found no connection between dopamine levels and ADHD [9].

One of the biggest difficulties people with a bipolar disorder face is that of hallucinations. Since cannabis has psychedelic effects, some may be wary of inducing further delusions than they already experience.Still, cannabis may be able to aid with specific symptoms of bipolar disorder. These include:

Unfortunately, there’s no significant research to prove whether cannabis is or isn’t a useful medicine for bipolar.

In a 2016 study, participants who took cannabis felt very little effects that helped them with their bipolar symptoms [10]. In another study published in 2015, it was found that marijuana did have a positive impact on participant’s moods. But researchers note these participants were already having a good day as it was [11].

If you struggle with a borderline personality or an antisocial disorder, it’s highly suggested you DON’T intake cannabis.

In a study published by Nathan A. Gillespie [12], two findings were found

Earlier, we discussed how cannabis holds the potential to raise dopamine levels. If this is true, then people with depression – who tend to lack dopamine – can greatly benefit from the plant.

In a 2014 study, it was noted “preclinical data… has shown that elevated endocannabinoid signaling is able to produce behavioural and biochemical effects as [well as] conventional antidepressant treatment, and that many antidepressants alter endogenous cannabinoid tone.”

With the above note, it’s certain that many people who suffer from depression develop a more positive perspective on life through cannabis. THC has the ability to be a mood enhancer and help with certain life stressors.

Still, there are some risks worth mentioning. For example, people suffering from depression are more likely to abuse cannabis. Furthermore, some studies suggest that cannabis has the ability to cause depression in people who aren’t currently suffering from it.

Since OCD is a form of anxiety, using cannabis as treatment holds similar potential to that of an anxiety disorder.In fact, some medical professionals suggest cannabis may be more effective than medicines currently available to patients. The current anti-anxiety drugs and antidepressants offered to patients hold a variety of negative side effects, including:

Weed can not only counter these some of these side effects but if anti-anxiety drugs and antidepressants were replaced with cannabis entirely, it can produce little to no side effects at all in individuals.

Though there’s not much research currently available, it’s suggested people with OCD experiment with cannabis if they seek to replace their medication. If you find that THC is only causing further anxiety, you can always switch gears to CBD.

Similar to OCD, PTSD is considered another form of anxiety disorder. In fact, people with PTSD often naturally produce low amounts of cannabinoids in their brains [15]. When one undergoes a traumatic experience, their long-term stress levels soar and block out the potential for cannabinoid production.

Due to this, cannabis is a prominent supply of those missing cannabinoids.

SchizophreniaSince cannabis has the ability to cause psychosis in some individuals, it can also lead to schizophrenia [16]. Of course, not everyone who gets high on a regular basis is bound to develop the mental health condition.

A prominent factor of this has to do with a person’s personality. If one shows signs of schizophrenic traits, they’re more likely to develop the illness through cannabis use. Furthermore, there are a number of natural factors that contribute to schizophrenia,

However, it should be noted, psychosis usually only happens for individuals during their high. In other words, people experience a psychosis immediately following consumption of cannabis. Once the THC wears off, it’s very unlikely these negative emotions will continue to plague them.

It’s suggested that people with schizophrenia DON’T use marijuana.

Clinical Psychology Review released a research study which found cannabis may be able to help people suffering from substance abuse disorder – particularly to harder drugs such as opioids and cocaine [17].

Contrary to popular belief, more research is finding marijuana isn’t a “gateway drug” and, in fact, can be an “exit drug”. As the above-mentioned study discusses, “Research suggests that people may be using cannabis as an exit drug to reduce the use of substances that are potentially more harmful.

”Of course, people with addictive personality may be bound to abuse marijuana. Though a lot of research available points this out, some studies also suggest people try CBD to handle their substance abuse disorder. Since CBD doesn’t get you high, it can be a prominent way of handling the withdrawals of stronger drugs.

This Is How Scholars Think Ancient Egyptians Used Cannabis 3,500 Years Ago
January 29, 2021
Categories
Go to Top
This site uses cookies: Find out more.