Will cannabis legalization reduce crime in Mexico? Has it in the US? 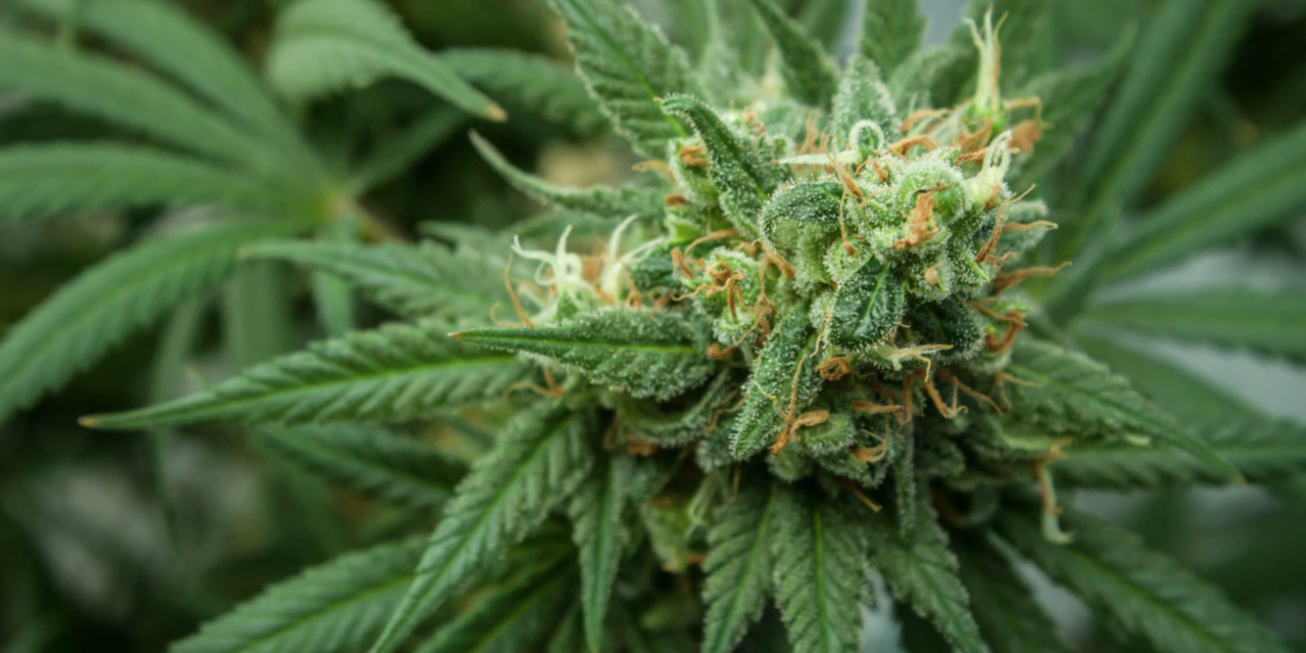 Soon, Mexico will likely become the world’s third country to legalize all aspects of cannabis production and all types of the plant’s use.

In a series of columns, I explored whether the legalization was likely to deliver the promised advancement in civil liberties in Mexico and generate high tax revenues and legal incomes for farmers of illicit crops, also the negative environmental impacts of cannabis cultivation, including water depletion. In this column, I will examine whether cannabis legalization is likely to eliminate the black market, deprive violent criminal groups of money, and reduce criminal violence.

Several factors — including the preexisting rule of law and culture of compliance, the size of taxation, and the effectiveness of law enforcement — determine whether a black market emerges after new regulations are promulgated or persists after an economy is legalized. All three factors in Mexico suggest that cannabis legalization will unlikely eliminate a black market in cannabis there. The rule of law in Mexico remains very poor, with effective prosecution even for very serious crimes under 10 percent. The culture of compliance with regulations and laws is low. Some 60 percent of Mexicans are employed in the informal economy, most of them unlikely to pay taxes; but even corporate and business-elite tax evasion remains high and total tax evasion amounts to a third of tax revenues and at least three percent of GDP. Like in California, cannabis producers in Mexico who will pay taxes honestly are likely to face stiff competition from illegal cultivation. That illegal cultivation will, of course, be taxed by criminal groups, but they are likely also to attempt to extort legal cultivators, making them pay “taxes” twice.  Moreover, even though many advocates of legalization in Mexico hope that legalization will redirect police resources to other crimes, preventing the persistence of an illegal market alongside a legal market requires a lot of policing assets.

U.S. states where recreational cannabis use has been legalized have all needed to grapple with the persistence of large black markets in cannabis and to generate substantial resources to countering it. In the city of Durango, Colorado alone, for example, almost US $80,000 was dedicated to maintaining compliance with the state’s marijuana laws and dismantling illegal grows. That money goes to training of officers since the complexity of the marijuana laws does not make identifying all violations easy, as well as to communication and forced-entry equipment. Enforcement doesn’t come cheaply anywhere. It requires criminal investigators, enforcement program managers, dedicated district attorneys, zoning enforcement officers, environmental officers, crime analysts, deputy sheriffs, and community services officers. In California’s Stanislaus County, revenues from the legal cannabis industry generated an estimated US $3.1 million in the 2019-20 budget year, while the county’s cannabis-related costs amounted to US $1.4 million. But in fiscal year 2020-21, the anticipated cannabis-related costs for the county reached US $3.2 million while revenues were not expected to increase from US $3.1 million, an actual loss for the county.

But even in times of economic profit, in Mexico (where local police forces are notoriously starved off budgets and even state forces are frequently underfunded) the generation of equivalent financial resources for enforcement against illegal marijuana seems difficult. More likely than not, it will once again be the Mexican military, perhaps the overstretched and undertrained National Guard, that will be charged with eradication of illegal cannabis grows. And instead of sorting through the complexity of which grow is legal and which not, enforcement officials in Mexico may simply be temped to extort many grows they come upon.

Nor is the black market that exists alongside the legal market benign. From Colorado to California, illegal grows have been associated with automatic-weapon shootings and homicides (as well as other problems such as water theft and depletion).

The size of the persisting illegal market can also dwarf legal production. In Colorado, many illegal grows cultivate hundreds or thousands of plants. California’s Stanislaus County, for example, imposes a cap of 61 commercial cannabis permits. Yet more than four years after Proposition 64 legalized marijuana, the county is estimated to feature between 1,100 and 1,500 illegal pot grows, even while enforcement has been intense. In the 2019 to first half of 2020 period, the county’s sheriff’s department destroyed almost 100,000 illegal outdoor and indoor cannabis plants and seized tens of thousands pounds of processed marijuana. In the state’s Siskiyou County, 130,000 illegal cannabis plants, some 26,000 pounds of processed marijuana, and 13 illegal firearms were seized in raids and 123 arrests were made in 2020. In California overall, over 1.1 million cannabis plants and 20.5 tons of processed pot were seized from 455 grow sites last year.

Pressure for enforcement against illegal cultivation is hardly driven solely by state or federal officials. It is frequently local communities who are demanding enforcement actions as a result of violence and water depletion. In various parts of California, including in Stanislaus County, local residents list illegal marijuana grows as their number one complaint to the police. Commercial cannabis permit holders also call for eradication of illegal grows to limit their untaxed business competition.

So, if legalization is unlikely to prevent eradication (unless illegal grows are left untouched by law enforcement forces), will it defund criminal groups or reduce their proclivity toward violence? Once again, the answers are: most unlikely.  Mexico has already gone through the legalization shock to the system – when California and other U.S. states legalized recreational cannabis. Those regulatory changes in the United States displaced both poor cultivators of illegal pot in Mexico and criminal groups trafficking marijuana to the United States.

But of course, in the absence of effective law enforcement in Mexico and often modest wages of crime for rank-and-file members, the criminal groups didn’t go out of business and retire on a beach in Acapulco. Criminal groups adjusted by diversifying into extortion of all local businesses, whether operating in illegal or legal economies. Generalized extortion often brought communities into a much greater contact with violence, insecurity, and fear and oppression than when marijuana smuggling dominated the local economy.

Moreover, the shrinkage of the trafficking market also meant that criminal groups fought viciously over local extortion markets– another type of violence that ensnarled local communities. For many communities in Mexico, life became worse after the U.S. legalization changes.

With the continually weak state presence in large parts of Mexico and deeply struggling law enforcement in the country, there can be little assurance that organized crime groups would be excluded from the legal cannabis trade. In fact, Mexican criminal groups will likely be tempted to penetrate the upcoming legal cannabis market in Mexico. Businesses licensed to marginalized farmers will be especially vulnerable to takeover by criminal groups or at least extensive and potentially dictatorial dominance and extortion by criminal groups. Many such farmers operate in areas of sporadic and insufficient state presence that often inspires antagonism from local farmers. Mere legalization, particularly if associated with extortion by law enforcement forces, won’t change that. And existing law enforcement forces are inadequate for  the defense of most businesses in Mexico against extortion.

Already, Mexican criminal groups extensively extort all kinds of legal businesses— including mining and logging companies, avocado farmers, gas stations, oil refineries, and retail shops — in the poppy-producing areas such as Michoacán and Guerrero. And they fight over extortion and control of the legal commodities and business no less viciously than they fight over the illegal drug trade.

Large licensed cannabis businesses, such as those belonging to multinational or foreign companies, stand a better chance of escaping extortion by criminal groups. Not because Mexican criminal groups will not attempt to extort them, but because those not deterred from entering the Mexican market will be able to invest substantial resources into private security arrangements at their plantations. And some may end up paying extortion fees to Mexican criminal groups anyway – as foreign mining and other extractive companies in Mexico have done. Moreover, with the rise of kidnapping of business employees and even executives in Mexico over the past year, the threat environment may be rather complex. Interestingly enough, some of the same foreign companies, including Canadian ones, eying the Mexican cannabis market, are also operating in Colombia’s legal medical marijuana market, and thus have experience with dealing with intense and complex insecurity.

Cannabis legalization thus have little prospect for reducing criminal violence in Mexico. In fact, it could even drive it up, temporarily at least, as criminal groups fight over access to extorting Mexico’s new legal cannabis market.

At best, cannabis legalization will simply shift the operations of criminal groups into other domains. At worst, Mexican criminal groups will fight bloodily over and penetrate the legal production of marijuana as well as the engage in taxation and extortion of legal businesses as they do already with other legal commodities.