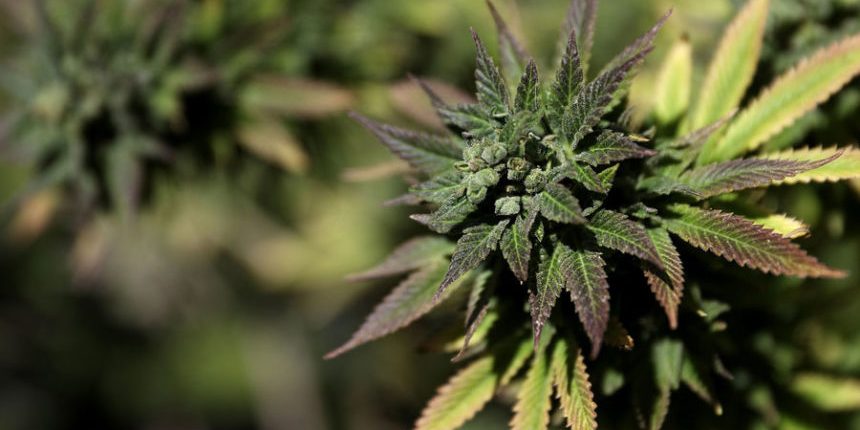 The US House of Representatives has passed a bill to decriminalise cannabis at the national level for the first time.

It calls for removing cannabis from the list of federally controlled substances and erasing certain federal convictions.

It also supports reinvestment in communities adversely impacted by the decades-long “war on drugs”.

The bill is very unlikely to be taken up in the Republican-controlled Senate.

The Marijuana Opportunity Reinvestment and Expungement (More) Act was passed in the lower chamber 228 to 164 on Friday afternoon, with five Republicans – and one independent – supporting the measure.

To become law, the bill needs to pass the Senate and be signed by the president. If that happens, it could help bridge a major disconnect between national and state drug policy in the US.

Why is cannabis not legal federally?

Cannabis is still prohibited by the 1970 federal drug policy known as the Controlled Substances Act and classed as a Schedule I narcotic – defined as having no medical value and a high potential for abuse – but states have made their own laws relating to the drug.

One in three Americans currently live in states where cannabis is legal for adult use, despite the federal prohibition.

Fifteen states and the District of Columbia have passed ballot measures or initiatives that allow the recreational use of cannabis by anyone over the age of 21.

In addition, 38 states have passed measures that allow its use for medicinal purposes.

Last month, voters in three states – Arizona, Montana and New Jersey – overwhelmingly approved ballot measures to legalise recreational use, with voters in Mississippi supporting its medicinal use. South Dakota, a traditionally conservative state, made history when voters there simultaneously backed initiatives for the medicinal and recreational use of the drug.

Support for federal cannabis legalisation is now at an all-time high, with a Gallup poll last month showing more than two-thirds of American adults support it.

Several lawmakers took to the House floor ahead of the vote, arguing the bill had less to do with legalising marijuana and more to do with how the enforcement of cannabis prohibition has hurt communities of colour, leaving behind “a legacy of racial and ethnic injustices”.

Black Americans are more than three times as likely to be arrested for cannabis-related offences as white Americans, despite similar rates of usage, according to a study last year from the American Civil Liberties Union.

What does the bill propose?

It includes measures to expunge the federal criminal records of those charged or convicted for non-violent cannabis offenses and provide cannabis business owners easier access to grants or loans. It would also tax cannabis retail sales and create a trust fund to reinvest in job training and other initiatives for communities of colour harmed by the drug war.

“We’re not rushing to legalise marijuana. The American people have already done that,” said Democrat Earl Blumenauer, from Oregon, who is the founder of the Congressional Cannabis Caucus and an original sponsor of the bill.

“We’re here because Congress has failed to deal with the disastrous war on drugs and do its part for the over 50 million regular marijuana users in every one of your districts.”

The bill was drafted in co-ordination with several cannabis justice advocates.

What reaction has there been?

Several Republican lawmakers said the bill had troubling implications that could be potentially harmful to American youth. Greg Murphy, from North Carolina, said the drug was “one of the most abused substances on the planet”.

Others called the vote a “waste of time”, complaining that they should have instead focused on Covid relief.

Cannabis reform advocates, however, hailed the vote as “historic” and “long overdue”.

It came as the National Basketball Association (NBA) released a statement announcing it would suspend random cannabis testing of its players for the 2020-21 season.

President-elect Joe Biden has expressed a desire to end federal prohibition through decriminalisation, but neither Senate Republican leadership nor current president Donald Trump have indicated support for the legislation to become law. If Republicans win one or both Senate runoff elections in Georgia next month, the party will retain its majority in the upper chamber.

Following the passage of the House bill, Senate Democratic leader Chuck Schumer urged his colleagues to support the reforms: “These bills are part of a broader movement to address inequities in criminal justice, business and more. Today’s bipartisan vote shows just how far that movement has come.”

Adding a rare voice of support from across the aisle, Matt Gaetz of Florida – the lone Republican co-sponsor of the bill – said: “The federal government has lied to the people of this country about marijuana for a generation… If we were measuring the success of the war on drugs, drugs have won.”