These 3 US States Could Legalize Weed In 2021 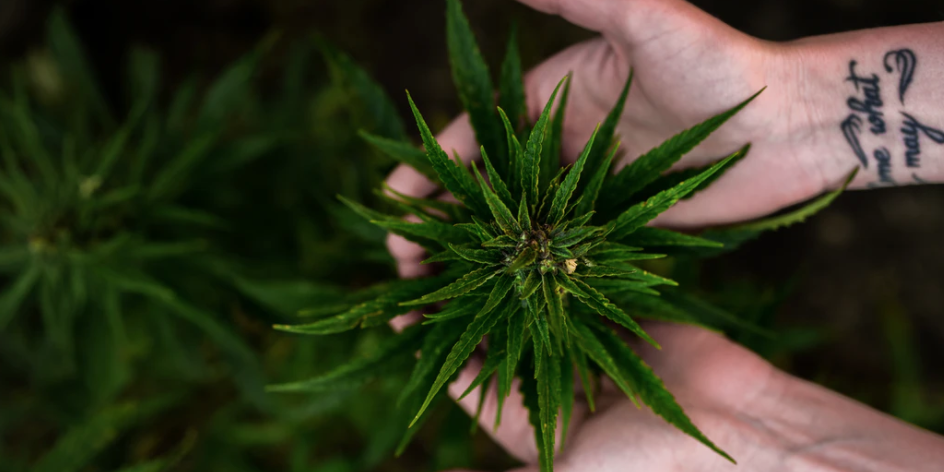 Despite unprecedented challenges brought by the COVID-19 pandemic, 2020 was a productive and successful year for the cannabis industry. Now, as we enter the new year, let’s take a look at the U.S. states that could go green in 2021.

As we covered yesterday, 2020 turned out to be a surprisingly good year for the cannabis industry. Booming sales, increased cannabis consumption, a wave of legalization across the U.S. in Montana, New Jersey, South Dakota, Arizona, and Mississipi, and the U.N. reclassifying cannabis all made for a positive year for the industry despite COVID-19 wreaking havoc across the globe.

Now, thanks to the recent legislative gains made in 2020, there are 15 states with legal, recreational cannabis, and 36 states that have legalized medical cannabis.

And as we enter 2021, there are already signs that this year could be better than 2020 when it comes to cannabis, with several U.S. states poised to legalize recreational use of the plant this year. Let’s take a look at the states that have hinted at cannabis legalization for 2021 in the U.S.

In response to the recent legislative gains on the cannabis front, New York’s Governor Andrew Cuomo suggested last year in a radio interview with WAMC’s Alan Chartock that New York is “ripe” for marijuana legalization.

Now, this isn’t the first time that Cuomo has said he wants to legalize cannabis in New York, and in fact, the Governor has done this for several years now – so his recent statements shouldn’t be taken as gospel.

We previously wrote about how COVID-19 and the subsequent economic damage could provide the perfect justification for the state to legalize the plant, as we’ve seen with the recent successes felt in Illinois, which just brought in $75 million for the second month in a row from cannabis sales.

Unfortunately, New York’s 2020 cannabis legalization efforts came up short, though Cuomo appears to still believe that 2021 is the time to legalize cannabis.

In the radio interview the Governor said of 2021:

“I think this year is ripe [for legalization] because this state is going to be desperate for funding, even with Biden, even with the stimulus, even with everything else, we’re still gonna need funding and it’s also the right policy, so I think we get this done.”

The Governor continued, alluding to the recent successes of New Jersey, stating:

“New Jersey did it on the ballot, which in retrospect I think was probably the faster way. I think the pressure is gonna be on because we’re going to need the money so badly and you have such a gap now, I think it’s gonna be an easier conversation.”

Whether these statements actually come to fruition will remain to be seen, however as we’ve mentioned, Cuomo’s track record on cannabis has been more talk than action.

Remarks made during an interview with Yahoo Finance by Connecticut Governor Ned Lamont suggest that leaders within the state are ready to legalize recreational-use cannabis, as he stated:

“Right now, I’m surrounded by states — New Jersey and Massachusetts — where marijuana is already legal. I don’t need a lot of people driving back and forth across the border,” Lamont added. “We’re trying to keep people close to home as best we can right now. I think legalizing marijuana — doing that safely and making sure that no poison is laced in — I think is one to keep people closer to home.”

Lamont’s point of being surrounded by states that have legalized cannabis would only increase should New York, another neighbouring state to Connecticut, legalize cannabis in 2021.

Moreover, similar to New York, Connecticut could benefit on a financial level from the legalization of cannabis, given the state’s $1.2 billion budget deficit. According to a study performed by the University of Connecticut, “aggregate new state tax revenues over five years range from $784 to $952 million.”

Such fiscal benefits can be seen in Illinois, (which admittedly has a population 4x the size of Connecticut) who have generated over $580 billion in the first year of recreational cannabis legalization.

The third state that looks likely to legalize recreational use cannabis this year is New Mexico, which attempted to establish a legal cannabis market in 2020 without success.

In response to the failed legislative effort, the state Governor Michelle Lujan Grisham said she will try to legalize cannabis again in 2021.

“Legalized recreational cannabis in New Mexico is inevitable,” Lujan said. “The people of New Mexico have said they want it. A diversified state economy demands it. Poll after poll has demonstrated that New Mexicans want a 21st-century economy and want cannabis to be part of it.”

The most recent polling data in New Mexico as of October last year shows that 72% of respondents favored legalizing cannabis, with a strong 94% majority of Democrats favoring the efforts, and 46% of Republicans supporting it.

Moreover, New Mexico legalized medical-use cannabis in 2020, generating over $147 million in the first nine months of 2020, with estimations that the state will generate $350 million in annual medical marijuana sales by its fourth year of operation. Again, this highlights the financial benefits that can come to states that establish legal cannabis markets, whether medical or recreational.

The above states aren’t certain to legalize cannabis, as we’ve seen with New York who has looked positioned to do so for several years without success.

However, these also aren’t the only states that could legalize cannabis in the U.S., and we could see the number of legal recreational states rising beyond 18 by the close of 2021. Additionally, this year will see the beginning of the Joe Biden presidency, during which his campaign promise of federally decriminalizing cannabis may be actualized.

Outside of the U.S., things are looking positive for Mexico and Israel, who both are likely to legalize the plant.