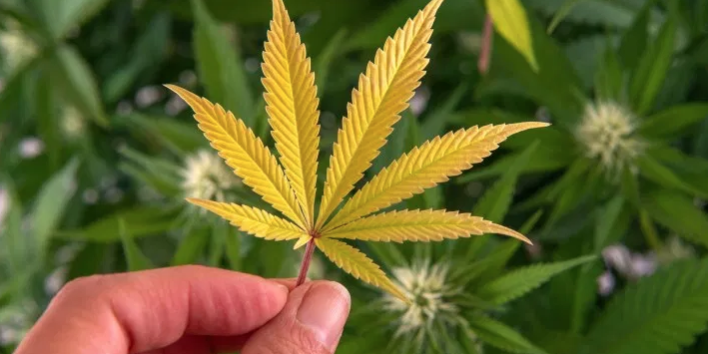 It has been that for many years, society has been misinformed about cannabis and its medical as well as recreational uses. Referred to many times in the past as “The Devil’s Lettuce”, cannabis has been mostly associated with bad habits since the “Marijuana Tax Act” in 1937.

At that time, hemp had many uses in industry. Cloth, ropes, incense and paper are just a few examples of the wide variety of applications that the cannabis plant can have beyond consumption. In 1937, Harry J.

Anslinger did not refer to these uses when criminalization was proposed. In fact, Even the word “marijuana” was not associated with hemp. Many people thought of it as an evil substance that Mexicans brought to America and got high on. This led to the approval of the “Marijuana Tax Act” without the complete knowledge of what it would imply, even from the members of parliament who approved such motion.

Since then society has changed forever its views on this magical plant. With support of pharmaceutical companies like Dupont and of people with interests in the wooden industry like Randolph Hearst, Anslinger easily spread false propaganda about cannabis. All of this so that the Federal Bureau of Narcotics (which he managed) could prosecute and profit of this fictitious crime.

We might have grown in societal values when it comes to religion, racism and sexism amongst many others but we have not outgrown this stigma surrounding such a harmless plant. I can prove this with the simple fact that in 1937, Harry J. Anslinger said: “…the primary reason to outlaw marijuana is its effect on the degenerate races.” We don’t believe in this now, surely, but if this was the reason to outlaw marijuana, why haven’t we considered going back? Or even just questioned it? We have this taboo implemented so far in our subconscious that we are now blind to something we are choosing not to see. Here’s another of Anslinger’s precious quotes: “There are 100,000 total marijuana smokers in the US, and most are Negroes, Hispanics, Filipinos, and entertainers. Their Satanic music, jazz, and swing, result from marijuana use. This marijuana causes white women to seek sexual relations with Negroes, entertainers, and any others.” And yet a third statement should be quoted: “Reefer makes darkies think they’re as good as white men.” What a ridiculously ignorant statement. I would not even call it “racist” because I don’t think he fully understood the extent of the human insult he gave to society. A man with this opinion and mind-set was allowed to make decisions.

For all of the readers, unaware of these quotes and this basis for criminalization, I urge you to research thoroughly on this issue and gather your own conclusions.

With all this is mind, we start to doubt that instead of being criminalized for health issues, cannabis studies were conducted in such a way as to find a way to criminalize it. I can easily show you this. There were many studies conducted in the 20th century by the American government to lead people to believe in these wrongly based “facts”. It is only our human nature to trust something that is being believed by everyone around us. It is easier for us as individuals to live our lives with information that is passed on to us rather than having to research in order to establish an opinion on something. But this is exactly the opposite of what we should be doing. We have misinformed people with strong opinions for which they have no moral foundation. We need to learn to say: “… I don’t have enough information to discuss on that issue” and be sufficiently self-confident to not feel any less when taking such a stance.

Pulmonary damage has been associated with cannabis for too long. I believe that this is mostly due to the fact that people associate the inhalation of smoke with the damage that cigarette fumes bring. Yet, what is most harmful about a cigarette is not the CO2 one is inhaling nor the burning fumes of the tobacco leaf. What is truly harmful about a cigarette is the hundreds of substances that the industry stuffs in one paper tube to get you to light up the next one and buy the next pack. If one were to plant their own tobacco leaf and smoke it, one would not die prematurely nor would one be addicted to it. One would probably not even enjoy it.

Even though smoking is not the only way of consuming cannabis, it is probably the most popular one around the world. Due to this, pulmonary issues are ones that should be spoken about.

The endocannabinoid system in our bodies, the one responsible for receiving cannabinoids, is directly linked with our body’s function of autophagy. This is the process that commands unhealthy cells to go through a programmed suicide for the better health of the whole system. This process also works with cancer cells. Making it so that the endocannabinoid system is responsible for the regression of certain types and stages of cancer.

“Overall, the risks of pulmonary complications of regular use of marijuana appear to be relative small and far lower than those of tobacco smoking. However, such potential pulmonary risks need to be weighed against possible benefits in considerations regarding medicinal use of marijuana.” – Tashkin DP. Effects of marijuana smoking on the lung; Ann Am Thorac Soc. 2013.

One study that is very popular in anti-marijuana conversations is that one of Dr. Robert G. Heath. An experiment carried in the University of Tulane, New Orleans, in 1974. In this study, monkeys where given the equivalent of 30 cannabis joint per day for a total of 90 days with the help of gas masks. After these 3 months, the subject started to show a decrease in vital signs and soon died. The study concluded that: “cannabis kills”. Yet, what we now-a-days know to be the most likely reason as to why these primates did not survive was that not that they were given too much cannabis but yet that they were not given enough oxygen. These monkeys were not choosing to take a few hits of a joint, they were constantly given marijuana smoke with masks that did not let then inhale enough oxygen.

This experiment was then replicated in two separate studies, one led by Dr. William Slikker, of the National Center for Toxicological Research and another by Charles Rebert & Gordon Pryor Charles. When it comes to the brains of the primates that were given one marijuana cigarette per day during more than 1 year the conclusions were: “In the monkey brain, we found no alterations in the concentration of neurotransmitters in caudate nucleus, frontal cortex, hypothalamus or brain stem.” – Chronic marijuana smoke exposure in the rhesus monkey (Dr. William Slikker et al; 1991).

According to the WHO (World Health Organization), over 1.2 million people die a year due to cigarette smoke. This value is higher than all deaths by suicide, murder, car accidents and all illegal drugs, combined. Tobacco is still legal. The only reason this happen is due to cultural values and how highly tobacco is implemented in these. If health issues were the only reason why cannabis is illegal, one could argue that more people drown than die from cannabis. The difference between these two values is whatever the number of people dying from drowning is. It’s still not illegal to go for a swim. This, because we trust people to educate themselves and their children to only dive when you know how to swim. Why don’t we trust people to enjoy the occasional joint when they know how and when to smoke?

We need to, as a society, to start looking deeper in our values and what lies beyond the foundation of our beliefs. People have and always will smoke weed, no matter what the law states. Let’s then regulate, educate and destigmatize these lies that surround cannabis. Let’s all be honest with ourselves and others. Let’s all smoke a jay.