So YOU want to start a Hemp Farm? – By Che Capri 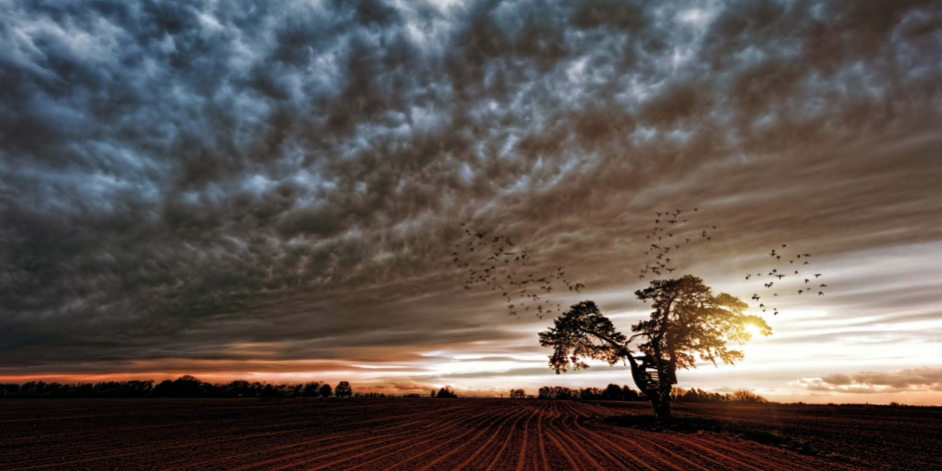 Have you ever thought about starting a hemp farm? You’re not the only one.

Across the UK an increasing number of farmers, smallholders and business people are eyeing the expanding global hemp industry and sensing the time may be right for investing in a crop that is relatively easy to grow, environmentally friendly and offers infinite end-use opportunities.

There is a global surge in hemp production, especially in the USA where the 2018 Farm Bill freed the plant from the shackles of prohibition. Cannabis industry analysts, New Frontier Data, predict that the global sales of hemp will rise to $5.7billion by 2020 signifying a potential bonanza on the horizon. However, the industrial hemp industry is still in its infancy around the world and particularly in the UK.

The British Hemp Association estimates that there are less than 850 hectares of hemp currently being farmed in the UK. To give some perspective, one hectare is approximately the size of one football field and in the UK 6 million hectares are devoted to growing arable and horticultural crops. In the UK, the hemp cultivation is literally just a drop in the ocean.

However, once upon a time in history it was a very different story. During the reign of Henry Vlll and Elizabeth l, it was in fact illegal not to grow hemp if you had a sizeable chunk of land (a 1/4 of an acre of hemp – or flax – for every 60 acres you owned).

It’s no surprise that more people are now looking to grow hemp in the UK. But unlike with crops like oats or barley, for example, there is no well-worn path to follow and many new entrants into the market find themselves embarking on a research route which can be very frustrating with the lack of information, lack of infrastructure and lack of legal clarity making it difficult to grasp the whole picture. So if you’re thinking of growing hemp, here are some steps you will have to take and some common pitfalls you should avoid.

How Much Land Do You Need?

There is no minimum in terms of licensing and its possible to even grow on a couple of acres and process by hand if you are up for the labor intensive challenge.

However, it is generally agreed that if you want to see some return on your crop then 20 acres is the minimum to give you some bang for the buck you lay out on set up costs and it goes without saying that the more land you plant the more economies of scale you will benefit from.

Seems obvious, but growing hemp with no real idea of what your end product might be is actually a more common occurrence than you would think. Yes, hemp is a plant that is good for the planet, but that is not a good enough reason to grow it, especially if you don’t want to throw thousands of pounds down the drain.Hemp is an agricultural crop, just like wheat, oats or barley and to make its cultivation worth while there needs to be a point to it.

You need to be considering an end user for the fiber (outside of the stalk) or the shiv (sometimes referred to as hurd), which is the woody bit inside. Obvious examples for a fibre end use is in clothing manufacturing, while shiv can be used as a building material known as hempcrete. There is also a market for seed – hemp provides valuable source of protein for followers of a plant based diet – although as a crop on its own, especially on a smaller plot, it struggles to be cost effective.

If you’re keen to cash in on the UK boom in CBD by making your own from UK sourced hemp…forget it (for the moment) because under UK law it’s illegal to harvest the flowers. Do You Need a Licence?

Yes. To grow hemp you will need a license from the government Home Office Department. This is because cannabis is a controlled substance, regardless of the fact that hemp contains less than 0.02% of THC. This is one of the criticisms of the way the UK hemp industry is regulated, with those operating inside it arguing that hemp as an agricultural crop should fall under the jurisdiction of DEFRA (Department of Environment and Rural Affairs), which knows about farming, rather than the Home Office, which doesn’t.

Anyone can apply for a hemp license but there are certain things you need to be aware of. In order to get a license you need to read the guidelines carefully. This may seem like a no-brainer but Guy Coxall from Hemptank, a not-for-profit think-tank promoting the benefits of the hemp plant, has spoken with far too many prospective hemp farmers who have had their applications denied.“Many of them simply don’t read the license guidelines properly,” he says. “With so much focus on the CBD market, farmers and business people are eyeing the potential profits of harvesting flower for the extraction of CBD.

However this is expressly prohibited by the Home Office. In the UK you can only grow for stalk and seed.”Other factors that need to be considered when applying for a Home Office license include the fact that applicants will go through and advanced DBS (criminal background) check. If you are on a police database, even for a minor crime, this will more than likely negate your application. The license costs money (£580 for 3 years) and can take time to process, so if you are planting in April, ideally you want to be applying the November before.

Which Variety Should You Grow?

Much about the hemp farming process can resemble the classic chicken and egg routine! To illustrate this conundrum, in order to choose your variety you really need to know what you’re going to do with it at the end. Another key factor in choosing the right variety for you is where in the country (what latitude) you are farming. The most suitable hemp seed varieties for the UK will have been developed in Europe, particularly in France and central Europe with its long tradition of growing the plant. These include Fedora 17 and Felina 32 which are varieties that have proven qualities if you are harvesting for fiber and stalk. Alternatively a shorter strain such as the Finnish originating Finola, is a good variety to grow for seed its auto flowering nature produces an earlier harvest.

How Do You Harvest Hemp?

In the UK hemp is usually sown in April/May (when the ground warms up) and usually harvested in around August or September. The good news is it needs minimal fertilizing, although it does need a well-prepared seed bed as it doesn’t like competition from weeds. Once cut it needs to ‘ret’ in the field; retting is the term used for the process of leaving your cut crop in the field for 6 weeks or so to season under sun and rain before being baled and stored.Be warned, harvesting hemp is not straight forward and has been the bane of many a farmer who has tried their hand at the crop. One farmer interviewed told Weed World that he gave up due to the expense. “My biggest advice I could give you would be just don’t go there.” The problem with hemp is that the thing that makes it such a good material – its toughness – is the thing that makes it so damn difficult to harvest.

The harvesting process is very hard on farm machinery – it can easily blunt blades during the cutting process and the fiber will often get wrapped up in equipment causing thousands of pounds worth of damage. As such few farmers or contractors are willing to take on the job of harvesting hemp. As one former contractor says, “The best way of harvesting hemp is to go back to the old ways.

You need basic (out of date) machinery and even then you will probably have to customize for the job.” The lack of harvesting options has led some UK hemp farmers to adopt some radical actions to overcome these obstacles. Adapting machinery is common, but there are also tales on the UK hemp grapevine of farmers forced to stand on the back of pickup trucks armed with garden shears to harvest their hemp crops by hand…

Is it Easy to Process Hemp in the UK?

The short answer is no.

Once the stalks of the hemp plant have been collected, baled and stored to dry they are ready for processing. This process, known as decortication, sees the fiber and the shiv stripped from the stalk. Again this requires specialist machinery to do the job and flags up one of the main issues with the hemp industry – a lack of available infrastructure. Many prospective hemp farmers looking to outsource this stage of the operation have found themselves frustrated by the lack of available options.

The mecca of hemp processing in the UK is the East Yorkshire Hemp, which runs its own decortication plant, processing the hemp it grows on its own farm and also providing a service for other producers. However, if you are growing your hemp in the south of England (which does not have an industrial processing facility as yet) then the haulage costs of shipping your crop for processing can strip away most of the profit on transportation.

How about setting up your own decortication plant?

This will set you back from as little as several hundred thousand pounds and as much as millions to do this on an industrial scale, but for small plots a portable decortication machine (which, imported, costs around £10 – £12,000) is a potential cheaper temporary fix for the problem.

Ok so it may not be as easy as you first thought, but that doesn’t mean you should give up on that dream. Our best advice is to just go into the process with your eyes wide open. The main problem for hemp farmers at present is the lack of available infrastructure, but this could well change in the future.

Those already involved in the industry see hemp as having the potential to provide new opportunities for British farming in the face of Brexit and tick government boxes in regards to action on climate change in the process. Significantly, the National Farmers Union, which has more than 50,000 members and represents British farming interests, recently published a report promoting hemp as a viable crop for its members to grow in order to make the sector carbon neutral by 2040.Right now the UK needs pioneers and innovators who are prepared to carry the baton (as well as a long term view) and put hemp on the farming agenda.

As well as farmers this means investors and an effective lobbying body which is prepared to push the UK government into making the necessary changes to allow the industry to thrive. It also requires educators who can challenge stereotypes and pre-conceptions regarding hemp and its use. In the words of Guy from Hemptank; “This industry is in the early stages and it really needs to get a lot of links in the chain sorted to make it work on a large scale.

Effectively the UK is building an industry from scratch and we are competing with bigger and better developed hemp industries in countries around the world – China is the world leader – but our goal should be to make a self sufficient industry to provide our own food, clothing, plastic alternatives and energy sources.”