Recreational pot is legal in New York. Four factors that could strengthen the cannabis sector 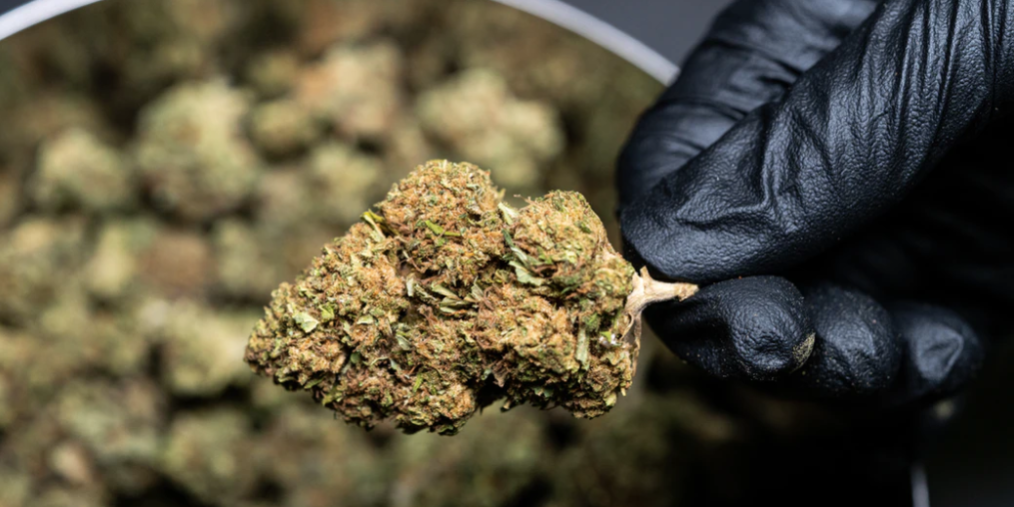 Cannabis industry investors have been treated to a series of legislative catalysts over the last three years that have moved equity valuations.

Notable moments include Canada’s federal adult-use implementation, the election of President Joe Biden, and the Georgia Senate run-off in January. Additionally, the state-by-state legalization movement is driving significant growth of the total addressable market, specifically in jurisdictions where single state and multi-state operators are well positioned to capture these new markets as they roll out.

Aside from California, no other state has generated more excitement over the rollout of its adult-use market than New York. In cannabis, it is said that brands are created in California, but they are most likely established in New York, especially as the industry moves out of the illicit market and into the mainstream.

But while the Empire State “going rec” is a seismic moment for the industry, there are still many questions about how this market will evolve.

In assessing the evolution of the New York cannabis market, and thus where investors should be focused, we contemplate four objectives policymakers should adopt to support social and economic success.

In a room of five New Yorkers discussing politics, one is bound to hear seven opinions, and cannabis policy is no exception.

Most agree it’s time to course correct from the misapplication of our criminal justice system. It’s also time to acknowledge that New York City is home to the largest illicit and currently untaxed market in the world and that it is failing to capitalize on tax revenues and job creation needed to revitalize rural and urban communities.

The passage of New York’s Marijuana Regulation and Taxation Act is the first step in this journey. Now the state is tasked with establishing regulations to put meat on the bones of this monumental piece of legislation. While the policy considerations are innumerable, there are a few critical measures regulators must take to ensure the successful implementation of adult-use cannabis.

If the state wants to create a sustainable program that eliminates the illicit market through price competition, it must fast track cultivation beyond the existing ten registered organizations are operating in New York today. The publicly listed companies that make up the core of this group and are well positioned in New York include: Curaleaf, Columbia Care, Green Thumb, Cresco Labs, Vireo, Acreage and Ascend Wellness.

Currently these firms operate approximately 350,000 square feet of cultivation capacity for a population of 19 million. This is small, creating by far the largest supply-demand deficit in the country. One study estimates that New York City consumes 77 metric tons of cannabis annually – more than any other city in the world.

In comparison, Massachusetts has roughly 3 million square feet of cultivation capacity with a population of 7 million and some of the highest wholesale prices, hovering around $4,000 a pound.

Ultimately, New York’s supply deficit will only bolster the existing juggernaut of an illicit market because product will be prohibitively expensive for many consumers. It should be noted that, unlike future adult-use operators, the ten registered organizations are permitted to be vertically integrated and should have a significant advantage because of the inherent profitability in this operational model. Gross margins of over 60% are attainable with the ability to mitigate the punitive impact of the current federal tax regime.

Prioritizing cultivation capacity will also support social equity initiatives. Social equity retail operators will be set up to fail if they are supply-constrained and don’t have access to price-competitive product.

It takes at least 18 months to 24 months for a cultivation facility to produce sellable flower from the date of licensing, so if the state does not move expeditiously, the market will be under-supplied for the next five to seven years. The New York Cannabis Control Board must be appointed without delay and act quickly to issue cultivation licenses, otherwise, the real winners in New York will be the illicit market and neighboring states.

It’s no secret that delivery has been the cornerstone of the New York City cannabis market for decades. From California to Massachusetts, operators have created tech-enabled delivery solutions for adult-use cannabis markets like any other consumer packaged good. In a cannabis market dominated by low-tech delivery today, enabling a liberal delivery framework will create competition for the illicit market and generate the levels of tax revenue many lawmakers are hoping to achieve.

Under the Marijuana Regulation and Taxation Act’s criteria, it’s unlikely that social equity operators will have the necessary skills and training to operate in a highly regulated market. While a paper license is nice, every operator needs access to the capital and the operational expertise necessary to capitalize on this opportunity and compete with well-funded operators.

The state should sponsor incubator programs and establish partnerships with business schools and low- or no-fee professional service providers (like attorneys and accountants) to empower a formidable network of successful minority operators who can serve as the cornerstone of a virtuous cycle of bringing tangible, intergenerational wealth back to the communities that have been ravaged by the war on drugs.

Fortunately, there is a tried-and-true method to front-load tax revenue by issuing bonds. New York should issue a cannabis-backed bond in early 2022 for $1 billion with a 10-year maturity. The proceeds would provide an immediate source of capital to fund social equity initiatives and to needed to rebuild communities. Also, raising $1 billion today will ease the political pressure to overtax cannabis in the program’s infancy, thereby lowering price points of cannabis products. The supply-demand mismatch, if not remedied quickly, will lead to the most expensive cannabis market in the country. But if the state can bond a portion of the future tax revenue, it can implement lower tax rates and create a regulated market that contends with, and ultimately replaces, the illicit market. Lower prices will facilitate greater sales, leading to more tax revenue generation.

The potential for New York’s adult-use cannabis market is unprecedented and thrilling. The state has a colossal opportunity to generate revenue, create tens of thousands of jobs, and help course correct on the decades of the misapplication of our criminal justice system – but only if the state can get it right.

New York policymakers should learn from the successes and failures of the states that came before it, while also blazing a trail of innovative solutions to the various policy problems that plague our communities and the cannabis industry. For investors, if New York is remotely successful in this implementation, the investment case for the U.S. cannabis industry overall improves extraordinarily.