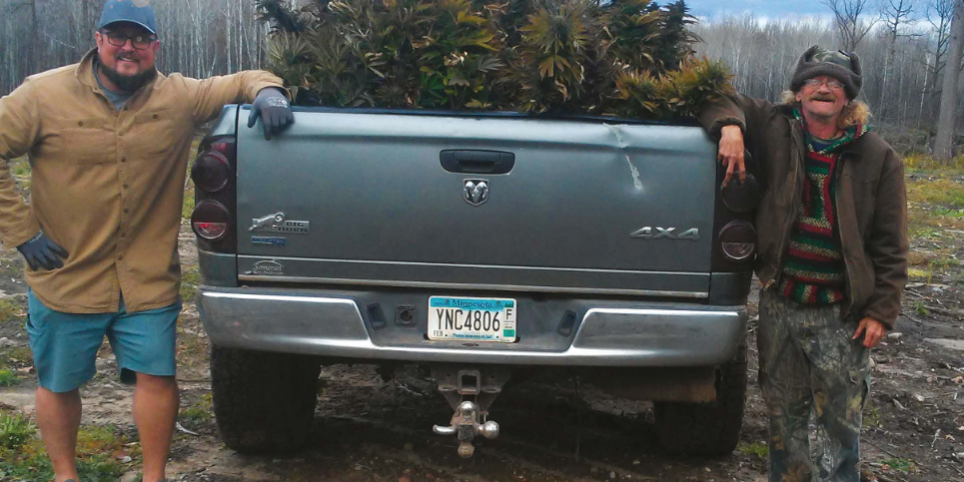 After a brief hiatus, we recently heard from one of our good friends, Todd Moon aka Hempster Luna, and had the chance to catch up on his latest escapdes. Last time we spoke he was planning on heading off to a start a new venture, which sadly fell through, but, as the aying goes, you can’t keep a good man down.

After travelling around and living in his car for a while, Todd headed over to Minnesota to see his cousin. His cousin is a forester and while they were out surveying the local area Todd found his attention drawn to an area which had been clear cut. He asked what they were doing with the newly cleared land and he couldn’t believe his ears when the response given was that the land was going to be used for growing hemp.

He quickly realised that the owner of the land was, in fact, a total newbie who was planning to grow ginseng but saw the opportunity to make more from the land using hemp and jumped at the idea in spite of his lack of knowledge. Todd knew that he could prove to be invaluable for this new venture and jumped at the chance to get involved.

Although the land had been cleared in May, they had to wait until June to get the seeds signed off by the local authorities. Stringent regulations meant that they had to be very selective when it came to choosing their seed bank, but they went with Jupiter Seeds from Oregon due to their stellar reputation. 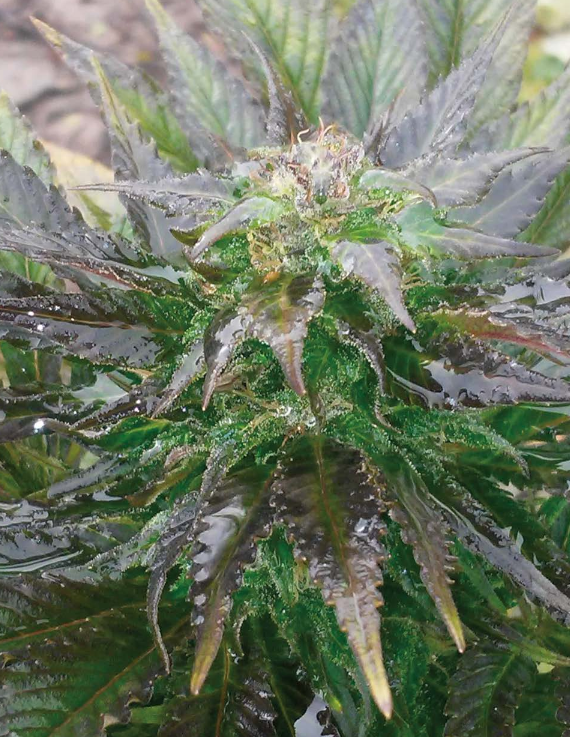 The freshly cleared land was far from perfect, but there was a good chance of success due to hemp’s hardy nature and resilience. They planted close to 3000 seeds in total and once the grow was underway they found that around 2000 had taken successfully.

In total there were three clear phenotypes present in the batch of seeds they had sown and each had distinct characteristics which showed through. One looked like a mini-palm tree, the second was sticky and green while the third was purple and bushy. As time went on he noted that some of the plants now looked like little 4ft trees.

They had been late to plant as they had to wait for the all-clear from state officials before they could get to work, and this meant that they were tempted to follow suit of many other growers in the region and aim for a short growing period of 5 weeks in the hope of processing the plants for the extraction of isolate as plants grown in the Midwest tend to spike at 15% CBD after this period of time. Once the grow was taking shape, he made the call to let them grow to full-term and was amazed at the impact this had.

Fast forward a couple of months and they found themselves looking at a mountain of a task when it came to cropping and stripping the plants down. Whilst he had been off running some errands, Todd was amused-yet-terrified to discover that the guys at the farm started to try cropping with no idea of what they were doing. Before he could advise them of what to do, they had cut down 500 plants and had taken it upon themselves to begin removing the unwanted material.

Despite the fact that there was a decently sized team at the helm, they had only managed to hack their way through 10 plants in half a day. He had to take them aside and show them exactly what to do to speed things up and keep it accurate but also to try and in still a sense of moral after they found themselves feeling dejected and out of their depth.

Once they got into the swing everyone had an awesome time and Todd was educating them the whole time and encouraging everyone to sniff the individual plants so they could get a hit of the widely varied terpene profiles and see what they could pick out.

He felt that they managed to establish a real sense of teamwork and community and their excitement overcame that initial sense of adversity. After 8 full days of breaking them down and getting them hung they noted that some of the plants looked like purple Xmas trees when stripped properly as whole plants.

One week of trimming had led them to hit 200lbs easily which was a surprise for everyone. The field was quite poor as it had been stripped for the first time with no idea of what they were really prepping for and they also had some of the worst weather in a long time. For the last few weeks the plants were in fields that were ankle-deep in mud and water. Add to the mix the snow and horrendous temperatures and it was a miracle that they didn’t run in to more issue, but there was no sign of mold or bud rot and no pest issues whatsoever. That’s the magic of hemp!

Once they saw the sheer size and quality of their crop, Todd was excited about the level of success from this fledgling grow. Other growers reported that they were getting about $35 per lb for crops destined to be processed into isolate (which has to be sold as biomass according to state law) but he was aware that there was a distinct possibility of hitting up to $500 per lb for high concentration CBD flower. Being late to plant there was initially a distinct possibility they were going to go for isolate yet they held on to hit the end game point and now they find themselves sitting on more than 200lbs of flower with full certification from the State of Minnesota. 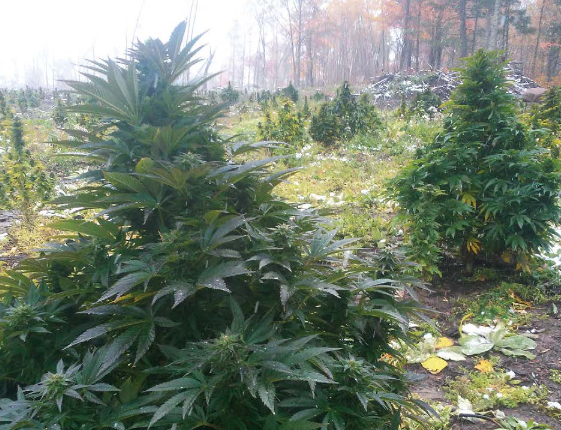 During the 38 days it took for official reports to come back to them, they had no option other than beginning the cropping and processing it although there was an ever-present danger that if they had crept over the .30% THC limit it would all have been written off and destroyed. Fortunately, it hit 16% CBD and stayed in limit for THC (0.194 through independent levels and 0.264 according to the official channels). As well as being state-certified and fully licensed, their plants delivered terpene levels that were truly excellent and made the plants a wonder to behold.

When Todd was showing it to one of his friends and explaining that this was indeed hemp and not its sister plant, the guy looked at him and said: “I’ll tell you something – that’s some pretty ditch weed!” Todd thought it was pretty cool to look at it in this way but he knew that it was a huge positive. He spoke about the idea of trying to ‘reclaim the name’ and went on to discuss how the hemp industry was shut down the back in the day when the government shifted focus from the prohibition of alcohol and turned their attention to ‘weed’ (leading to the formation of the DEA etc.). He informed me that Lincoln, Nebraska, was the Mecca of hemp and the idea of ‘ditch weed’ comes from the fact that it still grows wildly in the area.

During WWII the government reintroduced seeds in the area to grow hemp for the war effort but it was shut down after the war ended. Obviously, it’s nigh-on impossible to completely remove plants like this from the wild and Todd noted that he had wanted to find the hemp genetics when he was in Colorado. Funny how things turn out.T

hey were all blown away by the standard of it and noted that there was no noticeable difference from traditional cannabis flower, so when it came to transporting trailer loads of flower across to Wisconsin they were unsurprisingly apprehensive (even though they were legal and legit). They didn’t even get checked.

Throughout the grow, there were some concerns with the chances of being raided by authorities and the weather had been so cold that the stress on the plants was likely to have caused THC spikes. Many other people were getting caught out by this and it meant that many plants were destroyed to stay legal by other farmers. In some ways this gave them the chance to capitalize on the misfortune of others as small scale farm shops were selling eighths of CBD flower for $35 (with some places hitting $50 in Austin, Texas).

It’s funny to do something legit which still feels illegal. The wave of legalization has had more than its fair share of hurdles but the expanding CBD industry seems to be turning things around and breaking down barriers bit by bit. To see fields of hemp looking as good as this is certainly something special and this latest venture for Hempster Luna shows that you can’t keep a good plant down for too long either.