What’s next for cannabis legalization in the U.S.? 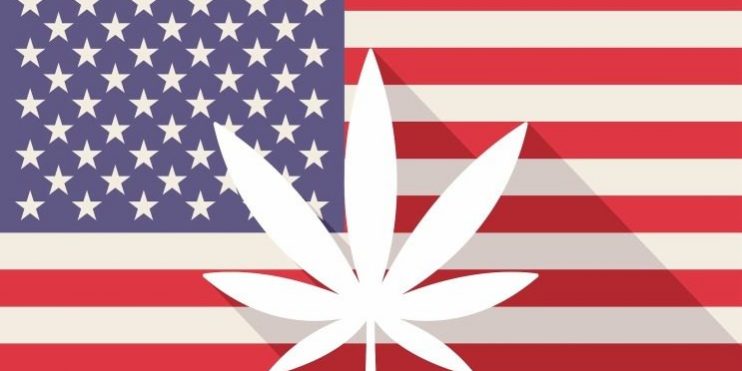 While the U.S. federal government still considers cannabis to be a dangerous drug, the rest of America isn’t so crass.

Five more states just legalized the leaf in last Tuesday’s election, making it where one in every three Americans now lives in a state where marijuana is no longer bound by prohibition.

Some believe that such a substantial victory means that cannabis reform is poised for more progress in the coming year. This means more states with influence putting pot laws on the books and, perhaps, even a situation where Congress is finally forced to take a careful look at the issue.

Though there is still a great deal of uncertainty about how this could or will shake out, there is likely plenty on the horizon for cannabis legalization in the U.S.

One thing that should be anticipated is that New York will work toward a fully legal market. Although lawmakers haven’t been able to come to terms on it for the past couple of years, New Jersey’s newfound legal status might pressure New York to take another look.

Voters in the Garden State overwhelmingly approved a measure last Tuesday that makes the cultivation and sale of cannabis a fully legal industry. If New York doesn’t do the same, the state will be forced to contend with interstate drug trafficking, and, ultimately, exhaust police resources needed for violent crimes.

New York Governor Andrew Cuomo knows this is true. Cuomo told public radio station WAMC last week that he believes legislators are going to have to find the inspiration to approve pot legalization in 2021. More than anything, he said, the state needs the tax revenue from the cannabis industry to help repair the economic downtrodden brought on by the coronavirus.

The recent cannabis victories in Arizona, Montana, Mississippi and South Dakota will also warm neighbouring states to the possibility of marijuana legalization, as well. Many anticipate that there will be a slew of pot-related proposals introduced by state legislators in the coming months and into next year.

But the biggest question about the future of marijuana is when will Uncle Sam make the call to legalize nationwide?  Well, that could be awhile.

The outcome of the presidential election doesn’t matter much in the grand scheme of cannabis reform. Biden doesn’t support the legalization of weed and doesn’t believe establishing a taxed and regulated system is the right way to go. Instead, he has agreed to work on some sort of decriminalization measure — one that would eliminate the criminal penalties for small-time pot offenders.

While it sounds like a good first step, it wouldn’t necessarily bring about substantial change. It would still be up to the states to decide whether or not to ease their respective pot laws. Despite Biden’s win, he might not have the clout to get it done.

Why? The outcome of Democrats and Republicans in Congress has not been finalized. As it stands, the Democrats dominate the House, but the battle for the Senate is a near draw. If the Republicans take control, marijuana reform will be in bad shape for the next several years.

Senate Majority Leader Mitch McConnell was just re-elected, and he has sabotaged every marijuana-related measure that has crossed his desk. Even if House Democrats work with Biden to decriminalize marijuana, it’s possible and highly likely that those efforts will be futile once they reach the Senate.

That is unless by some miracle the Democrats end up winning control of both Houses. If that happens, the U.S. would undoubtedly see major progress for cannabis reform at the national level. It’s even possible that congressional leaders could convince Biden to go along with a more comprehensive plan during his administration. That could mean nationwide legalization before 2025.

For now, however, the wait continues. Regardless of what happens with the federal government, rest assured more states will get on board with legalization starting next year.

Some analysts predict that legal weed is on its way to becoming a $9 billion market. So, not many states will be able to ignore the economic benefits too much longer. And by all accounts, neither will the federal government.