What You Need To Know About Autoflowering Cannabis Seeds 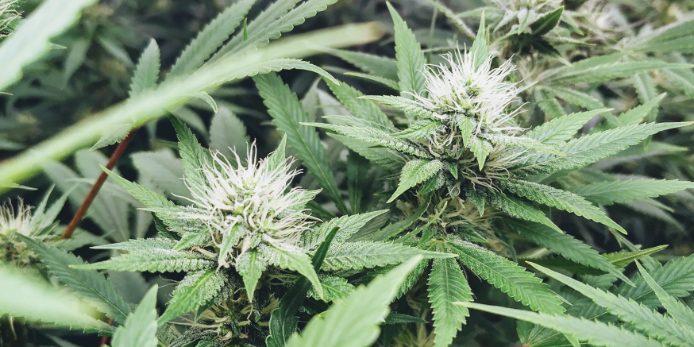 What is autoflowering and why is it beneficial for cannabis?

In your search for the right cannabis seed, you might find it a daunting task due to all the different types of seeds. Among the most common are going to be regular seeds, feminized seeds, and autoflowering cannabis seeds. The seed that raises the most questions among consumers are autoflowering seeds.
These seeds bring about unique qualities in the cannabis plant not found in other seeds.

Although there will be several disadvantages to choosing autoflowering seeds, they are seen as the easiest to use and therefore popular among beginner growers. So, what makes autoflowering different from other types of seeds?

Known for its autoflowering attributes, cannabis ruderalis matures differently compared to indica and sativa plants. The difference that has fascinated researches the most is its ability to flower without a specific light cycle. As the name suggests, it flowers automatically.

This trait is a result of the extreme conditions and environment the plant adapted to. Some think that these plants escaped from cultivation, being exposed to these conditions. As a result, the flowering stage isn’t dependent on a certain amount of light — making it easy to grow.

There are plenty of benefits to growing an autoflower, none more important than its ease of use. For this reason, many beginner growers gravitate to autoflowering seeds as they learn more about the hobby — or profession.

Not only will you receive your valuable product much quicker than any other plant, but they don’t take up a lot of space and can receive up to 12 hours of sunlight when grown indoors. This will allow you to get bigger buds in less time, compared to the indica and sativa plants. Here are the major benefits in more detail:

Much like with anything else, there are going to be some disadvantages to choosing autoflowering seeds. However, most people find that they are willing to settle for the disadvantages.

The good news is there’s not a lot of disadvantages to worry about. Most of the disadvantages will be subject to the individual grower — what might be a deal-breaker to some, won’t be to others. These include:

Although these may pose some obstacles for growers, there are definitely ways around them. For example, people who grow outdoors don’t have to worry about the electricity bill or a photoperiod.

Where to buy Autoflower Seeds?

Like all cannabis seeds, they are seen as cannabis products. Therefore, the rules and regulations regarding where and how to buy these will depend on the state or country you live in. Be sure to check with your local legislation before shopping for autoflowering cannabis seeds.

Autoflower seeds can be found at most seed banks — both in-store or online. Most people prefer to buy online due to the selection and ease of purchase. Most seeds will run you around $40 for a pack of 10-12, but some high-end seeds can run you hundreds of dollars per pack. Like most products out there, you will get what you pay for most of the time.

Doing extensive research before purchasing a strain can ensure that you get the best value for your dollar.

When growing autoflowers, there are several things you will want to keep in mind. Failing to follow the suggested procedures will cause your plant to fall short of expectations, something no one wants after months of caring for it.

You will only have about 2 weeks to train your plant, so keep in mind that time is limited right out the gate. In regards to topping your plant, you’ll want to do so after it develops three nodes. Due to the lack of need for a photoperiod, many people choose to harvest these plants early in the season or late in the season. You’ll want to keep in mind that these plants don’t need a normal light cycle, but they do need warmth. To combat this, it’s best to use a greenhouse if there will be a lot of rain. Autoflowering plants also won’t require as much feeding as a sativa or indica plant. It is suggested to feed lightly and make the vegetative nutrients available as early as possible. It’s also recommended to avoid using nutrients like nitrogen.

Many growers that have experience with autoflower seeds say that it’s best to harvest the cola’s first and wait for the bottom buds to dense up a little more before harvesting those.

For beginners, it’s an easy concept to start with growing autoflowering seeds. As we’ve learned today, there are plenty of benefits to choosing an autoflowering seed, however, we recommend that you perform the proper research needed for a successful (and informative) grow before making any final decisions.