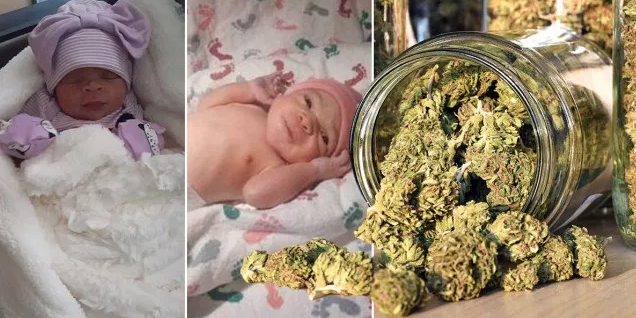 Ever loved something so much that you decide to name your kids after it? That’s what happened to these parents, who named their kids Sativa and Indica after the strains of weed.

The unique baby names were detailed on Twitter by Fred Lee, who’s the children’s uncle. Back in October 2018, the Baltimore man tweeted that his first niece was SaTiva, which is a strain of weed known for its focus-inducing ‘head high’.

His tweet gained 3,700 likes, but that wasn’t the end of the story at all. Yesterday he updated his 5,000 followers, saying: ‘UPDATE: My brother is excited to announce the birth of his 2nd daughter! …. And before you ask, yes, her name is exactly what you think it is.’

The new baby’s full name is Indica Akili Jean Quin-Groce. Indica is more physically sedating and relaxing, and produces what’s considered to be a ‘body high’. The craziest part of it all is that Fred also has another nephew who was born on 4/20. The bud doesn’t fall far from the plant, right? Although it’s quite a theme to name your little ones after marijuana, the names are actually super cute.

Fred’s Indica tweet has now racked up over 6,000 likes, and people have been enjoying coming up with puns off the back of the name. One commenter said: ‘I would be running around with my kids like “my baby buds”‘ and another said, ‘The next HAS to be Mary Jane or Doja’. Well, if the Kardashians can have all K names, why can’t this family go for the J names?