The 4 Likeliest States to Legalize Marijuana in November 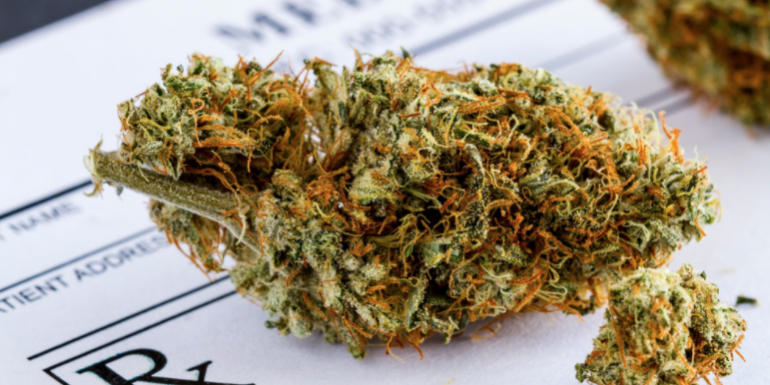 Despite its numerous growing pains over the past year and change, marijuana remains one of the fastest expanding industries on the planet.

Although cannabis is a global growth story, there’s no question that the U.S. is at the center of this expansion. The United States is already responsible for the lion’s share of legal weed sales, in spite of the fact that marijuana remains a Schedule I (i.e., illicit) substance at the federal level. Even with presidential candidates Joe Biden (D) and Donald Trump (R) unlikely to alter this classification, that’s not going to stop legalization momentum at the state level.

With less than five months left before Americans hit the polls, a dozen states have proposed various marijuana initiatives, 10 of which are looking to legalize medical marijuana, recreational cannabis, or both at the same time. While many of these proposals are still in the signature gathering stage or pending official review, the following four states look to have the best chance to “go green” come November.

Perhaps the state with the best chance of legalization is the Garden State. In December, New Jersey’s two legislative houses voted very decisively in favor of putting a constitutional amendment on the November ballot that would legalize recreational marijuana. Similar to the other states to have OK’d the recreational consumption and sale of adult-use weed, adults 21 and over would be allowed to purchase cannabis, and an excise tax would be collected on all sales.

According to a Monmouth University poll released in April, 61% of New Jersey voters favor the legalization of adult-use cannabis, which would appear to signal a victory is imminent for pot enthusiasts come Election Day.

Of course, Curaleaf (OTC:CURL.F) will be doing some cheering of its own. Curaleaf already has a medical marijuana presence in the Garden State, and it’ll likely aim to use its deep pockets to build a considerably larger presence in what could well become a state capable of more than $1 billion in annual pot sales. Among U.S. multistate operators, none have more currently operational dispensaries than Curaleaf.

Although Arizona has five separate marijuana initiatives being considered at the moment, and none of them are a lock to make it onto the ballot, it, too, looks to have an inside path to adult-use legalization.

Why Arizona? Back in 2016, it was the only one of nine states whose medical or recreational pot initiative/amendment didn’t pass. Arizona’s Proposition 205 came awfully close, with the “yes” votes for the measure totaling nearly 48%.

History has shown that when adult-use legalization initiatives wind up on a ballot a second time following an initial defeat, they pass. This is what happened in both California and Oregon last decade.

Based on a new poll highlighted this week by Marijuana Moment, a whopping 65% of likely Arizona voters favor adult-use legalization, which is up considerably from the 54% support garnered last year in favor of legalization.

Though it’s struggled of late, Harvest Health & Recreation (OTC:HRVS.F) would absolutely welcome the idea of recreational legalization throughout the Grand Canyon State. Harvest Health has the largest presence among multistate operators in Arizona, and has pared down its expansion activities in recent months to conserve capital, likely giving it even more reason to focus on its home market.

No need to adjust your reading glasses or clean off your computer screen — that really does say “Mississippi.” Despite being a historically conservative state — conservatives are less likely to support the legalization of cannabis in any form — Mississippi looks to have a good shot at joining the other 33 states to have previously legalized medical marijuana.

Mississippi voters will face up to two questions when they go to the polls in November. The first requests their vote (in a roundabout way) on whether medical marijuana should be legalized in their state. Should they agree with legalization, they’ll then need to pick between Initiative 65 and Initiative 65A. Initiative 65 allows for a more lax use of medical cannabis by patients with more than 20 qualifying conditions. Meanwhile, Initiative 65A would make smoking medical pot available only to terminally ill patients and dramatically increase the medical oversight of patients using cannabis.

A survey conducted by Millsaps College and Chism Strategies earlier this year found that 67% of respondents favored the idea of legalizing access to medical cannabis, with just 24% opposed.

Although Mississippi is unlikely to be a major target of pot stocks in a post-legalization environment, we could see larger players dip their toes into the pond if the less-restrictive Initiative 65 passes.

Lastly, the Mount Rushmore State appears to have a really good shot at legalizing marijuana in some form. That’s because South Dakota is the first state to put a medical marijuana measure and a recreational initiative in front of voters at the same time. Currently, cannabis is illegal throughout the state.

First up in Constitutional Amendment A, which would legalize recreational marijuana, and require the state’s legislature to pass laws providing for the use of medical weed and hemp by no later than April 1, 2022. The other possibility is Measure 26, which supports establishing a medical marijuana program in South Dakota for patients with qualifying debilitating conditions.

While it’s unclear if South Dakota would have enough support to go from marijuana being completely illegal to recreationally allowed (cannabis surveys in the Mount Rushmore State are hard to come by), the numbers are on medical pot enthusiasts’ side. Nationally, around 9 in 10 Americans support the idea of legalized access to medical cannabis products.

Even in traditionally conservative states, favorability tends to handily outweigh opposition. This makes it pretty likely that Measure 26 passes with ease on Election Day.