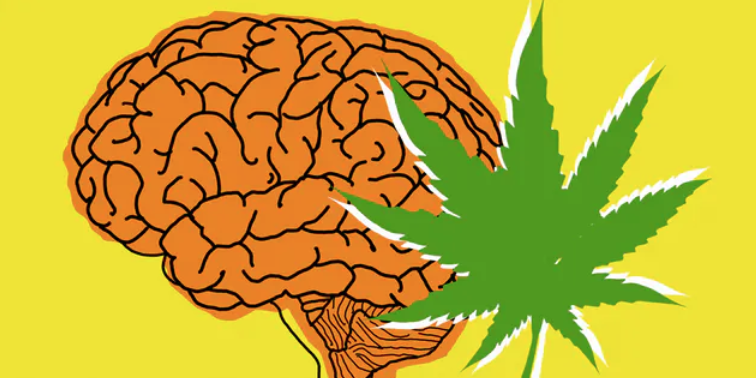 When we’re stressed or anxious, we tend to turn to things that make us feel better — and for some, that means cannabis. In fact, this is one of the primary reasons for smoking weed or taking CBD, according to a 2009 study on young adults.

But despite its popularity as a salve for anxious brains, scientists don’t know how the chemicals in marijuana work to calm anxiety — but the discovery of a molecule that affects an anxiety-producing super-highway in the brain could hold the key.

In a study published this week in the journal Neuron, scientists describe a powerful molecule called 2-AG, which appears to disrupt the production and transfer of neurochemicals linked to anxiety across this neural highway — effectively halting an anxiety attack in its tracks. Cannabis works in much the same way, the researchers find. The new study, conducted in mice, shows 2-AG and cannabis act on the same receptors in the brain, the endocannabinoid system, which modulates anxiety.

The super-highway connects two parts of the brain: the amygdala, the brain’s emotional processor, and the prefrontal cortex, the brain’s decision-maker. When exposed to stress, the two areas glue together, producing excitatory neurochemicals and making anxiety skyrocket.

“The circuit between the amygdala and the frontal cortex has been shown to be stronger in individuals with certain types of anxiety disorders,” Sachin Patel, study co-author and researcher at Vanderbilt University Medical Center, says. “As people or animals are exposed to stress and get more anxious, these two brain areas glue together, and their activity grows stronger together.”

To drill down on 2-AG’s function in the brain, Patel and his team exposed mice to acute stress over a 24-hour period and then put them through a maze. The team measured their anxiety throughout the experiment, and analyzed how areas of the brain responded.

Whereas 2-AG normally “dampens communication” between the amygdala and frontal cortex, helping to regulate anxiety, putting the mice under stress disrupted this positive effect, Patel says. When the mice were exposed to stress, the anxiety pathway between their amygdala and prefrontal cortex strengthened, and they experienced higher levels of anxiety. This suggests stress or trauma makes 2-AG — and the endocannabinoid system — break down, resulting in heightened anxiety-related behaviors.

The findings may lead to new anxiety therapies targeting 2-AG and the endocannabinoid system that dodge some of the negative side effects of chronic medical marijuana use.

“If proven effective, this type of medication would be taken to cause a continuous elevation in 2-AG levels in the brain,” Patel tells Inverse.

“The hope would be that this would allow one to experience some of the beneficial effects people use medical cannabis for, in terms of anxiety and stress-relief, without some of the side effects,” he says.

A new treatment for anxiety?

The study is done in mice, so how 2-AG interacts with the endocannabinoid system in humans isn’t yet clear. The results will need to be validated in humans before any 2-AG therapy can be developed.

“We still do not know how enhancing 2-AG levels will affect humans with stress-related disorders such as PTSD, and whether 2-AG signaling is compromised in patients with PTSD or other anxiety disorders,” Patel says. He hopes these studies will be conducted in the next three to four years.

Until then, many people may continue using medical marijuana to cope with stress, fear, and anxiety, but with mixed results.