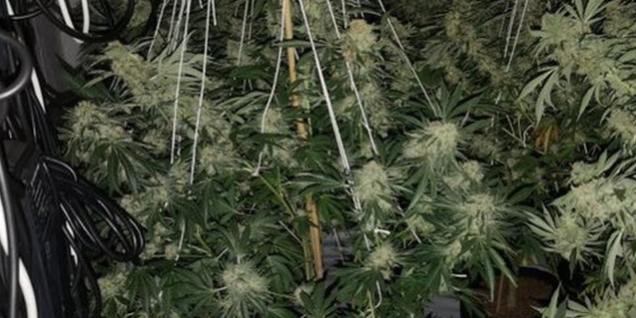 Police are searching for those responsible behind a £100,000 cannabis farm which was raided at a Willenhall address on Monday.

West Midlands Police discovered around 100 cannabis plants following the raid at an address in Fibbersley just after 5pm.

It is believed officers discovered the cannabis factory after PCSO patrols detected a strong smell from nearby.

Officers were seen exiting a property on Fibbersley on Tuesday with bags filled with what appeared to be cannabis.

A man, who wished to remain anonymous, witnessed police exiting a property on Tuesday. He said: “There was 15 bags of weed taken out the address. It was shocking to see.”

Photographs from inside the factory showed dozens of cannabis plants growing inside the building, alongside wires and tubes.

Willenhall WMP tweeted: “Thanks to the PCSO’s from @WednesfieldWMP. You were right, there was a strong smell!”