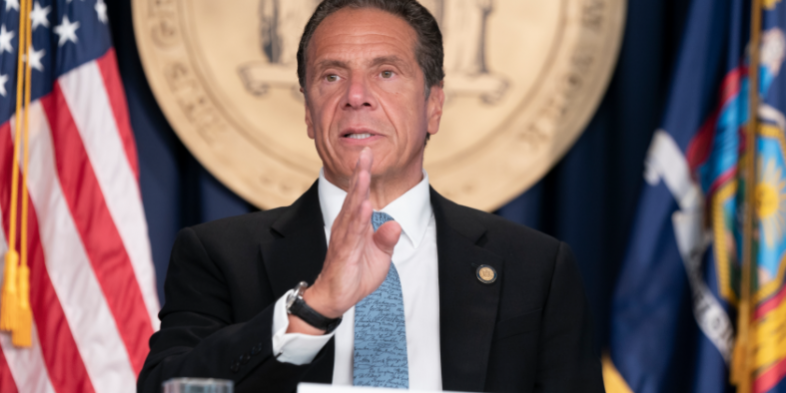 New York governor Andrew Cuomo has pledged that the state will work to legalise recreational cannabis throughout 2021, announcing a new proposal to create a system to oversee and regulate the drug.

“We will legalise adult-use recreational cannabis, joining 15 other states who have already done so,” Gov Cuomo said during his State of the State address on Monday.

“This will raise revenue and will end the over criminalisation of this product that has left so many communities of color over-policed and over incarcerated.”

Gov Cuomo, who emphasised that the current focus of the state is “crushing Covid-19 and the short-term economic consequences for our state”, released a new proposal to create an equitable adult-use cannabis programme.

The proposal includes a new Office of Cannabis Management that would oversee the new adult-use program, as well as the State’s existing medical and cannabinoid hemp programs.

The aims mark the third year in a row that Gov Cuomo has pledged to move towards the legalisation of recreational cannabis, having also made it a key priority in his 2020 agenda and declaring it as an intention in 2019.

“By including marijuana reform in today’s State of the State address, Gov Cuomo has signaled that this is a top priority in this year’s legislative session,” Melissa Moore, New York State Director of the Drug Policy Alliance said

The proposal outlines plans for an equitable structure for the adult-use market, which will offer “licensing opportunities and assistance to entrepreneurs in communities of colour who have been disproportionately impacted by the war on drugs.”

Ms Moore explained that “equity must be the guiding force” in the plans to legalise the drug and said the non-profit will work “to ensure any new law comprehensively addresses the harms to communities wrought by the war on drugs through dedicated community reinvestment.”

She added: “New Yorkers are more ready than ever to create a new paradigm for marijuana reform. Let’s make 2021 the year for marijuana justice.”

The legalisation is expected to generate more than $300 million in tax revenue once fully implemented, the governor’s office said.