My Cannabis and Bi-Polar Life 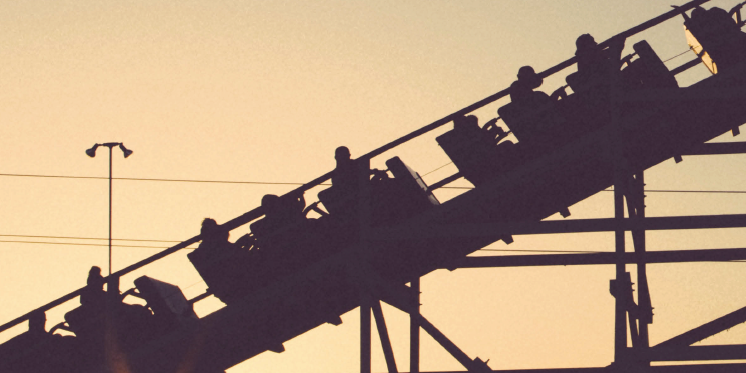 No one really helps you rebuild your life after a breakdown. It’s only self-motivation

‘WEEDIES- THE BREAKFAST FOR HEADSTARTERS’, it stated on the embroidered cotton patch that I found on holiday as a youngster aged 9. It sowed the seed for an inquisitive exploration into the wonderful world of marijuana. At 15 I’d had my first direct experience with the exotic foreign hashish in the way of a joint and this was a pleasurable way to feel and to find myself immersed in a cannabis counter-culture, something that has helped me to understand and know thyself as it said at the Temple of Adelphi! I’m aware better than anyone and I continue to utilize and consume it, even through adversity, on the Bill Hicks’ rollercoaster mantra of life.

The instantaneous effects of cannabis/ marijuana when inhaled in a reefer or pipe at the time of a manic episode are to lessen the mania and to level out the ‘high’ that I am going through. It slows and draws me down, makes things less intense and brings me down from the dizzy heights. The feelings of mania dissipate…bliss…exhale…balance and a level of homeostasis return…I know myself…talking and revelation come to the fore as I self-medicate. It comes down to the Individual versus the State: the state of self, to be yourself, and an Inner State.

Mental Health is all very personal and to view this as a person looking in on it from the outside must seem mad (for want of a better expression), but it is a journey to be ‘revealed’ over the time of the trip or vision or mania or schizoid experience or flash back or whatever is going on in the brain which is not being let free. To be asked ‘How are you feeling?’ and not being asked, ‘Are you feeling?’ is something of a quandary. PTSD over past incidents comes to mind and memory.

25 years ago, when I was in a Psychiatric Hospital (as a homeless individual on a six month Sectioning Order, eighteen months after serving a prison sentence for LSD possession and ganja cultivation and another nervous breakdown) to cope with extreme heavy medication that acted as tranquilizers to sedate me I would smoke herb. The effects of these narcotics are not pleasant and at worse can involve ECT (electro-convulsive therapy) for some – it is not a nice environment. Luckily, I was released after absconding, finding friends (and scoring hash) and acquiring an address for the future.

Dance music and dope save the day; I celebrate with ‘cannahuana’…I’ve fond memories of the people I have met when in the hospital setting – it’s amazing how connected you can become when held against your will! Scoring dope in hospital or prison is daunting but not impossible- but not in Napoleonic HMP Dartmoor! The threat of having hash confiscated (despite it being my medicine!) via strip searches and cell spins, all when apparently deluded or ill is frightening. People telling you what is right and proper without knowing what is wanted or needed for your condition and, at worse, not listening to you as they are on power trips is really hard. All you want to do is just chill out!

No one really helps you rebuild your life after a breakdown. It’s only self-motivation (no matter what the intention) and thankfully you do get better if only through sheer audacity and DIY determination. To say that I have had spells of illness and come off the rails is one thing, but society is such that it seems to want to pick up the pieces for you yet penalize the citizen for some home truths and reality checks. It’s too easy to look past the fact that the individual is often marginalized and persecuted without rights and there can be the threat of prison or drug tests or Social Worker involvement. The cannabis/ marijuana individuals are not covered by any helpful and insightful law or person – we are not equal and are definitely not being treated fairly as 21st century citizens. There are 6-8 million of us cannabis/ marijuana individuals in the UK and mental health is not the only cannabis issue to consider: blame without proof is counterproductive and cannabis culture is a way of life for many. For people to have and appreciate this insight is priceless!

Depression is disheartening. The lows of bipolar can mean dark moods and it can be fueled by the mainstream media, news, or even a personal conflagration…but it is helped and aided by good hash and buds to elevate and alleviate the way I feel. Episodes can last hours or days, and emotional ups and downs are a predominant aspect of bipolar. Feeling gloomy can also be affected by SAD (Seasonal Affective Disorder) with the winter’s long and dark days becoming an issue. I do my best to remain upbeat, especially at Christmas.

Mania means that you’re super-charged and full of ‘Prana’ or life force – invincible, yet dynamic. It is very emotional as well as uplifting. It’s a feeling of being on top of the world. Your mind and body are as one; the mind is chaotic and unconventional and can even be dangerous unfortunately. Sleep patterns are irregular and minimal meaning that your lifestyle is at loggerheads with Society. Things can reach a crisis point. But, if I avoid stressors, the extreme peaks and troughs can be alleviated with a bit of ‘blow’. I stay on an even keel for the most part and hospitalization is only an occasional last resort.

Thankfully now there is advocacy in the UK Mental Health system and they are worth their weight in gold. I salute these advocates for standing up for the individual and protecting them against the State.

However, I want to be treated with respect as an equal…I am in no way a bad person …in fact I just want to ‘fit in’ and galvanize my thoughts and experiences into doing what is good for my small world on the micro and into the bigger picture of the macro (the global/ local situation living in the here and now). Being responsible is the difference – I do not see Politicians as being responsible and accountable these days even when the ballot box comes round again. I see Institutions even less so again and again…with shareholders profiting from a corrupt insidious Capitalism! As the planet suffers with the status quo…Trans-National Corporations proliferate and pollute as opposed to utilizing helpful hemp in aiding against the nuclear power station accidents such as Chernobyl and, more recently, in Japan!

Are we not being scapegoated into a corner, just for using cannabis/ marijuana recreationally? We are not criminals, but a marginalized group, and, if Canada is anything to go by, the UK is now at least 20 years behind most of the Americas – North and South – when it comes to moving the topic forward and not persecuting harmless pot smoking people…medical or otherwise. Knowledge will hopefully win the war against the doubters and doomsayers, but perseverance and trust is the key…not jail! The issue arises when members of counter-culture can be disinterested and lack interest in Social issues even though they are in the middle of it. They know not of their power!

But just what the holy f*ck is going on? Even in the Legal Cannabis markets there are many rules and regulations and ‘Sin’ taxes to make it expensive…the law makers complicate things with red tape and there is not a leaf in sight and no real fair trade. I feel insulted, fed up and let down…persecuted and despondent…this is 2018…FFS!

I am trying to engage with my censorious MP but he is towing the Party line in answering Correspondence…not listening to the Grassroots constituents’ point of view. I do not see him helping get a ‘handle’ on the whole drug issue let alone the situation of licenses and taxes on the cannabis/ marijuana front. And he has the audacity to mention the £10 Billion black market drug profit when cannabis/ marijuana can be taxed and regulated to make a dent into the criminal gang’s profits. Remember Prohibition? – It still does not work! Their sophism is unfounded and not credible…

It seems okay for little Billy Caldwell to receive his RSO but I need my medicine too, in its many medical/ recreational forms here and now!!! Life’s up and downs are often tempered by natural cannabinoids and terpenes.

I have no rights and could be thrown out of my house from the Housing Association as a grower and cannabis user and have no recompense for bad deals, contaminated dope like ‘Soapbar’ or badly cured tasteless expensive green…I just avoid them. I feel so much better knowing I have an ‘assistant in good herb and hash’, that I’ve known for 35 years or more…but I want to be honest and open about it all and discuss it sensibly with no moral panic…not lies and hidden in urban myth e.g. Reefer Madness!

When I see dank nuggets of bud online, in Medical Dispensaries, on my phone; at trade shows see business opportunities; read magazines about people who smoke good herb and hash legally in places…I have to ask what is right and proper? I’m ethical and have no qualms about living a green lifestyle, as it is not as harmful as having an accepted alcoholic or opioid life, and it’s not just soporific healing, but I feel dejected by the rules and regulation that I am subjected to in the UK as a cannabis consumer, which I do not see elsewhere in Europe or the US. When I see how the cannabis/ marijuana people are treated I get disheartened and listless. Sstaying positive and grounded is a challenge at the best of times, but how would I fair with legal medical cannabis from skeptical Doctors in a world of psychosis? I am not holding my breath, so I will just have to continue to break the Law!

Spiritual, earthly vibrations spill out like ripples on a pond…on a cusp I ponder a new Brexit start perchance…to get it enshrined in some sort of human rights action or type of cannabis/ marijuana legislation to protect the consumer…hope for us to become better people with a decent sense of community and society…with respect and rights of assembly and freedoms with no victim…no crime mentality…and good Civil Liberties. I hope to not see the draconian Orwellian dystopian nightmare which is looking ominous and more likely come to fruition.

I can only dream about a Green Revolution to help all…a healing of the Planet…with a plant to save the world…that is cannabis/ marijuana!

I have a healthy distrust of Authority, since being busted for a reefer at 18, although having my ganja returned to me by the Police at the Rastafari Rootzfest in Jamaica in 2016 was empowering. The cannabis community is all inclusive as well as diverse and has a rich history of hailing Freedom as a rallying call. Social freedom may be on the wane, but cannabis/ marijuana autonomy is going from strength to strength!

When will it be reality though? I know where my choices lay, that is Freedom to Farm!

With Respect- ROYGBIV-equality- diversity- through caring, sharing and cooperation.

Will cannabis legalization reduce crime in Mexico? Has it in the US?
May 4, 2021

Carbon footprint labels could be coming to cannabis
April 26, 2021

Notes from the Field: Mom as Cannabis Patient
April 21, 2021

Groundbreaking Australian Study Finds Cannabis Only Affects People For Up To 10 Hours
April 12, 2021
Go to Top
This site uses cookies: Find out more.