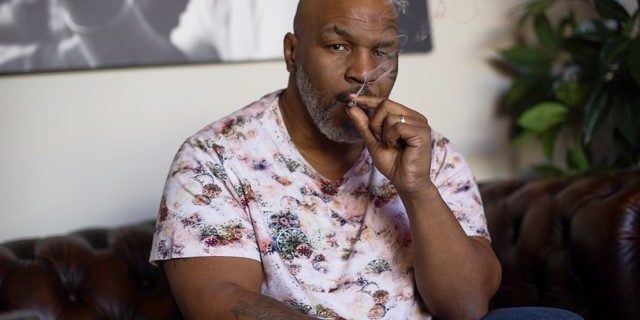 MIKE TYSON’S billionaire cannabis business partner is reportedly in talks with Everton to sponsor their shirt.

After retiring from boxing, Tyson has worked with Greek entrepreneur and friend Alki David to help him move into the cannabis industry.

Boxer-turned-cannabis seller Mike Tyson is friends with Alki David, who is hoping to sponsor Everton

And now, according to Insider, David’s company Swissx, who distribute cannabidiol [CBD] products, is ready to make its move into the Premier League with Everton.

They had previously contacted Spanish giants Barcelona about sponsorship.

David, who is also a Toffees fan and estimated to be worth £1.4bn, told Insider: “We are now engaged with Everton to take over their shirt. The front of their shirt.

“They contacted me and have already offered designs with the whole Swissx logo in blue, which I’m not crazy about, but it will look nice.

“Being contrary, I liked blue and I liked the logo so randomly I selected Everton to support. So it’s sort of a mystical come around.”

Everton are yet to respond to Insider’s request for information.

David told the BBC: “It’s something we’ve specifically been looking for to adopt in our company and it seemed like an amazing idea.

“My company is a cannabis company and Spain has a long tradition within the European Union as being a leader or a liberal in the road towards legalisation, so it’s evolved quite naturally.”

However the 51-year-old believes the LaLiga champs are not too keen with being associated with a cannabis brand.

Swissx, with a slogan of “For the Higher Good”, were founded in 2016 by billionaire David.

The company claim that they are “a powerful addition to your daily wellness routine.”

Meanwhile Tyson been selling cannabis products since 2016 through his own Tyson Holistic label.

Tyson, 53, is believed to earn around £500,000-per-month through his business that offers premium marijuana strains, edibles and extracts, and that’s just the tip of the iceberg.

‘Iron Mike’ is building a 418 weed-themed holiday resort, Tyson Ranch, that he hopes will be home to a music festival to rival Coachella, as well as the world’s longest lazy river.