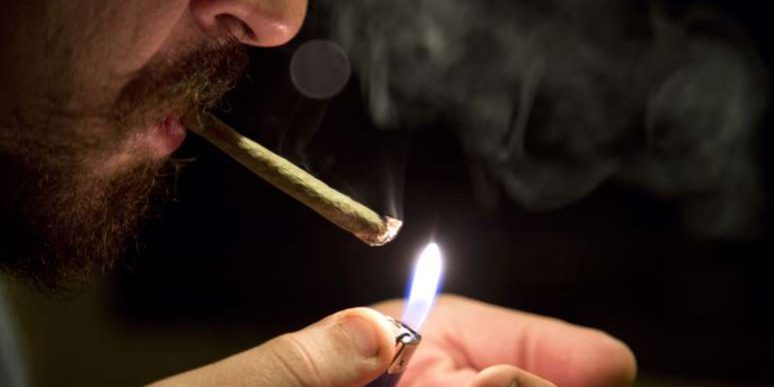 Like most of us at the beginning of lockdown, Reece had big plans about what he and his partner would do with the extra time.

They were going to paint the decking and the house as well as upholstering the furniture.

As hairdressers, the couple have gone from full-time employment to being at home all day every day.

Boredom soon started to creep in and that brought with it some lifestyle changes.

“Before lockdown we’d have a couple of joints around the weekend,” he said. “After lockdown it was becoming every day.

“We used to wait until about 8 o’clock at night. But then it got to one o’clock, three o’clock in the afternoon and we thought, ‘should we be smoking it this early?’.

“But then we thought ‘there’s nothing else to do, we’re stuck in the house, so why not?’.”

Reece’s experience in not unique.

Since lockdown began, the Edinburgh-based charity Crew 2000 has surveyed hundreds of recreational drug users. More than 50% have reported drinking and taking drugs more often, and in bigger quantities, than before the pandemic.

The drugs which have had the biggest upsurge in usage are cannabis, cocaine and alcohol.

The charity’s Kira Weir said: “A lot of that was to do with boredom. For example, with cannabis, people say they’re smoking more because they had more time on their hands, and actually they saw it as a way to de-stress; they saw it as some ‘me time’.

“Other people mentioned that it was because of isolation, because they’ve lost their other support networks, and for some people they saw it as a coping mechanism.”

As well as higher and more solo usage, the survey also reported changes to the drugs market since the Covid-19 outbreak, including price rises, shortages and lower purity.

Kira added: “What we can see as well though is that the drug market’s been quite adaptable.

“A lot of people report that a lot of sales have moved online, to crypto markets or social media. Whereas they would normally be buying things face to face, around 30% of our respondents have now moved online.”

For Reece, it’s just as easy to get cannabis now as it was before lockdown. It’s a socially distant transaction, with his dealer leaving it in a safe place outside his home and the payment made by bank transfer.

But he said he and his partner are now trying to rein in how much they’re using.

“We’re still smoking most days of the week but we’re trying to limit how much we smoke,” he said.

“We’re basically rationing it out, because we’ve not been working for 10 weeks so we need to ration.”

Crew 2000’s survey suggests the majority of recreational drug users are also drinking more. It’s a post-lockdown development that Reece can relate to.

He said: “We got a new house last year and the alcohol that people had got us from Christmases before, and for moving in – it all just sat there. We probably put our glass recycling bin out twice in six months.

“And it’s been out near enough every single week since lockdown’s come on.

“We usually drink on a Monday, Tuesday, not the weekend, but I think that’s just because you still get that Monday feeling.”

Katy Macleod from the Scottish Drugs Forum said: “When we start thinking about triggers for drug use, boredom is definitely one feature. With the temptation of it, you can see why young people would probably use a bit more than they planned.

“Drug services have had to adapt in the current climate – there are things like Skype counselling, FaceTime and phone support, which makes it easier for some young people to access services because that’s how they might be comfortable interacting.”

“We’ve got a digital drop-in that can be accessed via our website,” she said.

Kira said people might need support during a period of re-adjustment when lockdown ends, because patterns of drinking and taking recreational drugs as a coping mechanism might be difficult to shift.

She said: “If anybody feels that they want to get some support around drugs, particularly around cannabis and cocaine – those are the main drugs that we deal with – we can offer distanced counselling at this time.”

After lockdown, Reece plans to return to how he used to use cannabis.

“It’s going to be a total adjustment going from doing absolutely nothing during lockdown to going back to work,” he said.

“So things will have to change. I need to be back at work.”