Legalization may mean more cannabis and less alcohol in colleges 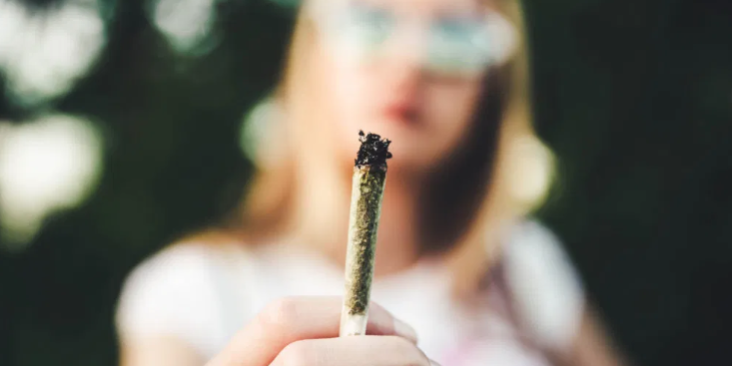 Two new studies look at the effects of cannabis legalization on college students’ recreational habits; they reveal that increased use of cannabis may lead to a reduction in binge drinking.

As of January 2020, 33 states in the United States have legalized the use of cannabis for medical purposes, while 11 and Washington, D.C. allow for some recreational use among adults aged 21 and older.

Two recent studies from Oregon State University, in Corvallis, explore the evolving habits of college students who live in states with legalized recreational use.

One study finds that, in these states, increasingly more cannabis is being smoked by college students, while the other explores the impact of this increased consumption on that of other popular recreational substances.

How legalization affects cannabis use

The Addiction study was conducted by Harold Bae, Ph.D., of OSU’s College of Public Health and Human Sciences, and David Kerr, Ph.D., of the College of Liberal Arts.

It’s the first study to look at the effects of recreational legalization in multiple states, taking data from more than 850,000 students who self-reported their cannabis use twice yearly as part of the National College Health Assessment (NCHA) survey.

The researchers analyzed survey data from students aged 18–26 who had attended college in any of the seven states that had legalized recreational use by 2018 or the 41 states that had not.

Unsurprisingly, the team found that cannabis use increased upon legalization. In those states, students were 18% more likely to have used cannabis in the past 30 days than students in states where the drug was still illegal.

Students in states with cannabis legalization were also 17% more likely to be frequent users, which the authors define as using 20 or more times in the past 30 days. “It’s easy to look at the findings,” says Kerr, “and think, ‘Yeah, of course rates would increase.’ But we need to quantify the effects these policy changes are having.”

Because they had included data from a decade, the researchers had the opportunity to identify long-term trends.

The data revealed that after 6 years of legalization, students were 46% more likely to have used cannabis than students living in states without legalization.

According to the Pew Research Center, just 32% of people in the U.S. say that cannabis should be legal for medical use only, and 8% believe that it should be entirely illegal. From 2012 to 2018, its use climbed from 21–34% in states with recreational legalization and from 14–17% in other states.

Digging more deeply into their data, the team behind the Addiction study found that the increase in cannabis use was most pronounced in students aged 21–26, in females, and among students living off-campus.

The effect on other substances

Using the same data set as the first study, Ph.D. candidate Zoe Alley, Bae, and Kerr analyzed the effects of increased cannabis use on that of other recreational substances popular among college students.

For the NCHA survey, students also reported any nicotine use, binge drinking, use of illegal drugs, and misuse of prescription stimulants, sedatives, and opioids. The study’s authors found that increased cannabis use had only a minor impact on other consumption, with two exceptions: alcohol and sedative abuse.

The findings taken together

The two studies both aim to provide a first look at the effect of cannabis legalization on college students’ habits. While further investigations will no doubt follow, this research offers an early glimpse of what to expect as more states, and perhaps the federal government, pursue legalization.