Legalising cannabis: what will New Zealanders be asked to vote on in September? 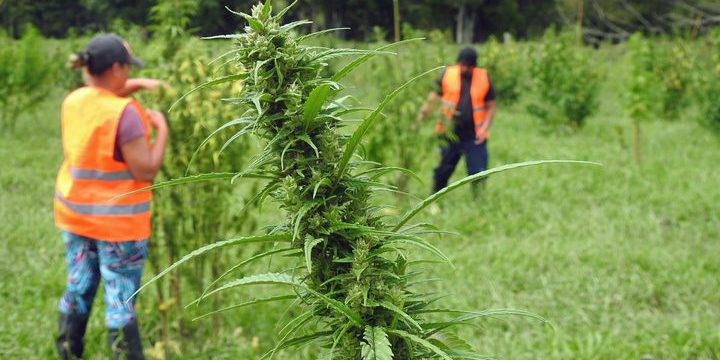 New Zealanders will be asked at September’s national election whether they want to pass a bill that would legalise cannabis and regulate how it is used and sold.

This will include producing and selling fresh and dried cannabis, including plants and seeds – for people over 20 years old. The change would impose more stringent restrictions than the rules around sales of alcohol and tobacco.

What are the key points of the proposed changes?

Would people be able to buy edible cannabis products?

Not straight away. A new cannabis regulatory authority could approve the sale of edibles at a later date, but novelty cannabis products like gummy lollies would be barred, as would any other edible designed to appeal to children.

Would private citizens be allowed to grow their own?

Yes, with up to two plants per person, and a maximum of four plants per household.

What question will New Zealanders be asked on election day?

Voters will check yes or no on whether they support the new law that the government has proposed. That requires them to familiarise themselves with the content of the law, rather than simply voting on the issue. The justice ministry has set up a website to provide officially-approved information about the proposal.

Is the law likely to be approved?

Not according to the latest figures. A One News Colmar Brunton poll in February said 51% of people would vote against legalising cannabis, with 39% voting to allow it. The rest of the 1,000 people polled said they would opt out of voting or didn’t know what they would choose.

Importantly, more than 50% of voters need to say yes to the law change for it to be considered by parliament.

Is the vote binding?

No. But Andrew Geddis, a law professor at the University of Otago, said while there’s no legal imperative for an incoming government to abide by the referendum result, it would be “pretty hard for them not to act” on a “relatively strong majority” voting yes to the law change. That would be the case even if there was a change of government, he said.

But the law won’t have passed through parliament before the election, and on its route through a select committee process, it could be amended from the bill the public voted on.

The legislation that would enable it has already been passed through parliament, and the public will vote on whether that bill should be enacted into law, which would happen one year after the referendum.

While that vote isn’t binding either, Geddis said the result would be more difficult for an incoming government to ignore given the current crop of parliamentarians has already passed the bill.

The double referendum means New Zealanders will be asked to vote on four things on polling day, which is still scheduled for 19 September despite the Covid-19 pandemic: the party they want in power, their local member of parliament, euthanasia and cannabis.

“Two months ago we were all worried that these referendums would crowd out the election proper,” Geddis said. “Now the problem is that with Covid-19, is there going to be any sort of room for the merits of these proposals to be thrashed out?”

Could New Zealand delay its referendums due to the pandemic?

Geddis says no, unless the election date was changed. Jacinda Ardern, the prime minister, said in late April that she had no plans to do that.