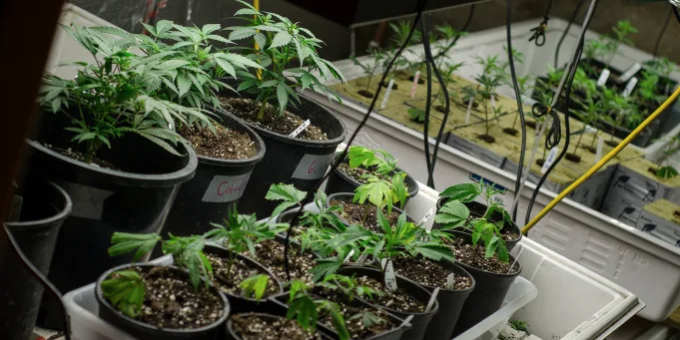 We’re a week away from the start of the 2020 legislative session in Minnesota, and a DFL leader says he intends to propose a marijuana legalization bill early on.

House Majority Leader Ryan Winkler (D-Golden Valley) revealed on Tuesday the “principles” that will guide the legislation for the legalization of cannabis use by adults.

It’s based on the findings and feedback at 15 Be Heard on Cannabis events held by Winkler and other lawmakers around the state in recent months.

The principles revealed by Winkler on Tuesday looks at how the cannabis marketplace would be regulated, how it would be handled at the criminal and legal level, what opportunities there would be economically, and what the requirements would be on the health and education side.

Among the tenets set out by Rep. Winkler is establishing the cannabis market in a way that “creates opportunities for inclusive economic growth with an emphasis on communities that have been disproportionately impacted by cannabis laws,” such as the African-American population.

Related to that is addressing the past harms created by the state’s current cannabis laws, which comes after other states that legalized the drug included provisions allowing for prior marijuana offenses to be expunged from individuals’ criminal records.

The DFL also wants the marijuana marketplace to be, forgive the expression, homegrown, in an attempt to prevent “big marijuana from taking over the marketplace.”

The plan would also be to increase public health and safety education about the drug, and to take steps to prevent underage youth from accessing the drug.

The big question will be whether such a law can pass.

Gov. Tim Walz has indicated he would be willing to sign a marijuana legalization bill, but while it could make it through the DFL-controlled House, the GOP-controlled Senate is a different matter.

He also told MPR News in October that he didn’t expect the Senate would pass such legislation in 2020 either.

There is a possibility next year in the event that the DFL flips the Senate and retains the House in this November’s elections, which could potentially pave the way for legalization to start in 2022.

Source: Bring me the mn news