COVID-19 and medical cannabis: Could the crisis bring opportunities? 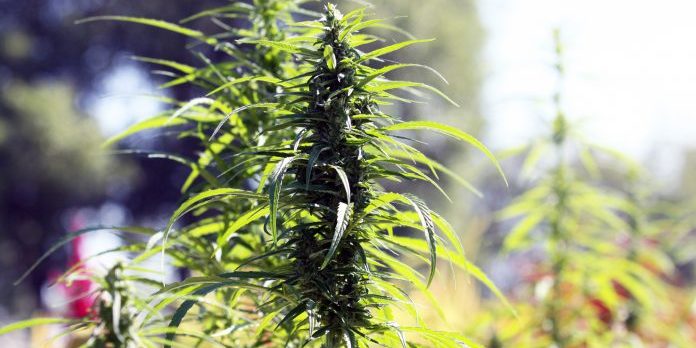 John Binns, Partner at BCL Solicitors LLP, provides us with fresh insight into COVID-19 and medical cannabis. He ponders if the crisis could bring opportunities for the industry

Some have speculated that the UK’s lockdown to tackle the spread of COVID-19 could have some positive impacts on its nascent medical cannabis market, including a relaxation of its still over-strict regulatory regime. While it is too soon to claim any substantial silver lining of this nature, there are certainly some grounds for cautious optimism.

By way of background, it’s certainly fair to say that the UK has a history of sending mixed signals with respect to cannabis, with changes to its regulatory approach – informed by its legal categorisation as a controlled drug with no therapeutic value – generally lagging behind shifts in public attitude. (An interesting exception arguably arose when widespread debate surrounded its downgrading from ‘class B’ to ‘class C’ in 2003, and the reversal of that change in 2009.)

Matters came to a head in October 2018, when the cases of Billy Caldwell and Alfie Dingley – both sufferers of rare forms of epilepsy, whose use of cannabis products drew huge public support – prompted the creation of a new legal category of controlled drug, Cannabis-Based Products for Medicinal Use (CBPMs), which could be prescribed in certain restricted circumstances.

The story since then has been less than satisfactory, with various problems with the CBPMs system exposed, some of them by the mothers of Billy and Alfie themselves. These include tighter restrictions on CBPMs than most other medicines resulting in a lack of doctors prepared to prescribe them, a reluctance to allow publicly funded prescriptions on the NHS and bureaucratic delays in importing them. Consequently, critics have described the emergence of a two-tier system, split between patients who can afford expensive CBPMs through private clinics and those who cannot. A parallel debate has served to discourage the market for pure (zero-THC) CBD products as a non-psychoactive (and so non-prescribed) alternative, by controversially subjecting them to the EU’s ‘novel foods’ regime.

Even before the advent of the COVID-19 crisis, all of this seemed to run counter to the government’s stated aim, in the context of the Medicines and Medical Devices Bill, to ensure ‘that our NHS and patients have faster access to the best innovative medicines’ after it leaves the EU system at the end of the Brexit transition period (still planned for the end of this year). But the crisis has served to make the contrast more acute: there is increasing public recognition that cannabis and CBD products can help with a variety of conditions, notably including chronic pain and spasticity, while the spread of the disease and the practical problems caused by lockdown have increased both the demand for such products and the difficulty in getting hold of them.

Two recent steps by the UK Government suggest some cause for hope in addressing the problems of access to medical cannabis. The first step, taken on 2nd March 2020, was a long-overdue relaxation of import requirements, under which licensed wholesalers can now import larger quantities of CBPMs, and hold supplies for future use by patients with prescriptions. This will make many prescriptions easier in practice and should enable patients to be treated within days rather than months.

The second step, taken on 29th April 2020 as a direct response to the crisis, was a pre-packaged set of measures that would make it easier for pharmacists to supply controlled drugs in emergencies, or at a time of serious shortages. Importantly, these are not yet in force, but are ready to be activated at the stroke of a pen as and when the government deems it necessary. Although the new regulations do not specifically refer to CBPMs, they do signal a general willingness to adapt to the new circumstances caused by the COVID-19 crisis, which may ultimately also help patients access medical cannabis for a variety of health conditions.

The next big question is whether the crisis will help spur the government to take other steps to address the problem of access. While the relaxation of import requirements is welcome, the current restrictions on when and by whom a CBPM can be prescribed remain far too onerous, particularly at a time when doctors are under pressure. There can be no sensible basis for preventing GPs prescribing CBPMs where they see a clinical need, particularly if pharmacists are meanwhile being allowed to supply opiates and other more dangerous drugs to patients.

Businesses looking to undertake research to develop CBPMs or to make longer-term plans to play a part in the UK’s CBPM industry (such as it is), also need changes to the Home Office’s licensing system. As well as ensuring that it is adequately resourced to deal with licence applications promptly, there is an ever more pressing need for transparency and a more business-friendly approach to the process (including in its approach to non-medical CBD products with a low-THC content). The broader context, not only of COVID-19 but of Brexit as well, makes this more urgent than it has ever been.