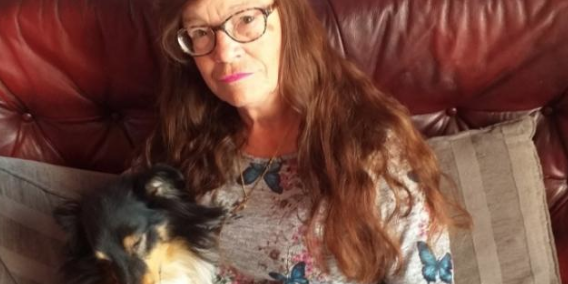 A CARLISLE woman who lives with unbearable pain due to multiple sclerosis (MS) has spoken out about being denied access to medicinal cannabis.

Noeline Long, 64, from Denton Holme, says despite the law changing exactly a year ago – making it legal for doctors to describe the medicine to manage pain – she was left gutted when her GP told her “it was all a farce”.

Noeline, who was diagnosed with MS in 2013, said: “When the law changed I asked my doctor about whether I could get medicinal cannabis, but he just laughed and said it was all a farce.

“He said he couldn’t prescribe it for a good few years yet because of all the red tape.

“I had my hopes built up and then when I got the knock-back, I was gutted.

“I know cannabis won’t give me back the life I used to have, but getting some sort of relief would be a massive help.”

Noeline’s symptoms include fatigue, pain and muscle spasms. A few years ago she started taking Sativex – a spray that has been licensed to treat spasticity in MS.

Although deemed safe and effective, the drug isn’t routinely available on the NHS in England because it is considered too expensive, so Noeline’s only option was to pay for a private prescription.

She said: “On a good day I can walk, but then I get achy pains and feel like my legs will collapse.

“I’ll need to rest for half an hour before I’m pain-free and can set off again. But then after 10 minutes the pain will come back.

“Sativex really helped me. It took away the pain, which meant I could sleep. The cramps and muscle spasms can keep me up all night and the pain can be unbearable.

“But I couldn’t afford to keep paying for Sativex: I was only able to take it for nine months.”

A spokesman for the Department of Health and Social Care said there was a need for more evidence to support funding decisions.

“We sympathise with those families dealing so courageously with challenging conditions,” he said. “The change in the law allows specialist doctors to prescribe cannabis-based products for medicinal use where clinically appropriate.

“There is a clear need for more evidence to support prescribing and funding decisions and we are working hard with the health system, industry and researchers to improve the knowledge base available.”

Genevieve Edwards, director of external affairs at the MS Society, said the change in law for medicinal cannabis had so far been a failure for people living with MS.

“MS is relentless, painful and disabling and evidence shows cannabis can help manage pain and muscle spasms for up to 10,000 people with MS,” she said.

“But so far the change in law has been a failure for people with MS. An entire year after it became legal for doctors to prescribe medicinal cannabis, we still don’t know of a single person with MS who has benefited.

“Instead, thousands have been left struggling without any way to manage their pain and muscle spasms. Some are being forced to spend their disability benefits to fund private prescriptions, or even resorting to buying cannabis on the black market. Until the Government takes concrete action to improve access to medicinal cannabis, this law change will have led to nothing but an empty promise.”

In 2017 the MS Society became the first major health charity to call for the legalisation of medicinal cannabis.

Since then it has been campaigning for the Government to make cannabis based medicine available to people with MS who could benefit.