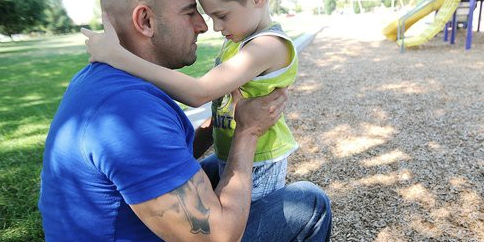 The use of marijuana is a very controversial topic in the medical community.

Some well-respected doctors say that it should be used in some treatments and other doctors are against it and are concerned about its long term effects. The next case is a proof that that the first group of doctors were right.

Jayden David was perfectly born child. He didn’t have any problems at all, but at only four mounts old he began having seizures. Sometimes he had up to 500 seizures a day. Imagine how he felt and how his family felt seeing this little innocent boy struggle every day. Sometimes he even waked up in the middle of the night crying and screaming from pain and hallucinating.

That’s why they did everything to help him.

Jayden and his father visited a lot of doctors and had a lot of consultations and one day his dad decided that this torture needs to stop. With a consultation with some well-respected doctors he decided to try helping his son with medical marijuana.

Jason David was willing to try anything to save and help his son get through his pain. He didn’t have more money and the insurance companies weren’t helpful.

The same day they started using cannabis oil there were visible results. It was the first day after 5 years that Jayden didn’t have any seizure at all. Days passed and Jayden was all cheered up and his father could have seen the relief in his eyes.

Jayden started swimming. Before that, any temperature change would have caused seizure, but this time Jayden was all happy playing in the water. He even started chewing his food.

This little boy was taking really strong medications that weren’t recommended for 5 year old boys and his father took him off of them when he discovered the cannabis oil.