My Bi-Polar and Cannabis Life Two.

You are here:
NewsUncategorized 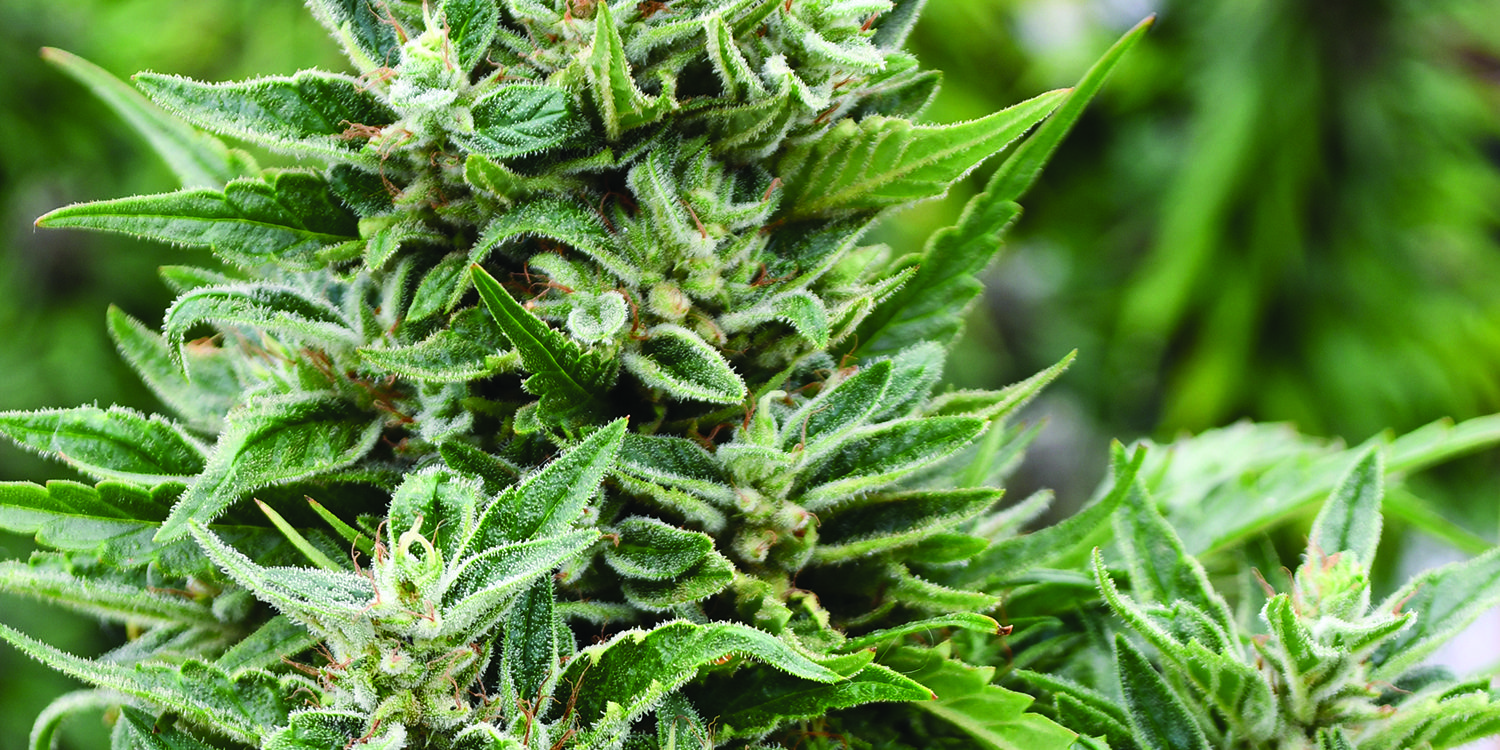 They (The System)…tolerate my lifestyle and allow me to function; to do what I enjoy doing without let or hindrance – yet whether they understand and are empathic is still debatable. Now, thankfully, there is a partnership, working together with talking and cooperation, and a Personal Medical Preference Document.

Cannabis is a misunderstood medicine and those who criticize are those who do not know how it can be used as an assistant and holistic tool to heal mankind and the planet. They have not read Jack Herer’s seminal book The Emperor Wears No Clothes or the other myriad of tomes that offer information on the subject of cannabis/marijuana. There is enough positive advice to quell the most critical of diatribes. Even the Daily Mail is now running a few positive cannabis oil stories.

All the books I’ve got in my collection are a testimony to what the plant is all about, from Lester Grinspoon ‘Reconsidering Marijuana’ to Howard Marks’ Mr Nice, Ed Rosenthal and Jorge Cervantes; all extol the many virtues of this wondrous plant. As well as other media like music from Reggae to Jazz to Mendo Dope and Comic Books like Fat Freddy’s Cat.

My problems occur when I am stressed and this usually manifests itself as bi-polar, with bouts of occasional depression but mainly manic episodes. Stressors come in many forms (as does cannabis) and this I have learnt to use to help me cope with day to day routines. Staying in a positive frame of mind is paramount, but society, it seems, is designed to get you down. Cannabis helps a lot with remaining upbeat.

Flashbacks (probably due to LSD usage, if I am honest), being argumentative, impulsive, reckless and restless and rushing around are some of the traits when ill. There is a compounded pressure that builds up and needs a release; the valve to cope with life is cannabis. It relieves the stress and despondency, makes me less anxious and calms the most intense ‘trippy highs’. I do not see the negative things that are happening to me until it is too late. There is little acceptance on my behalf until I get the help I need after an episode. Hospitalization means no cannabis and drug tests to be clean of any narcotics, but as cannabis is non-addictive it is no problem giving up! However, due to heavy usage, THC stays in your system for a month and being psychotic is spacey, edgy and scary! It is no fun, but you do get better!

‘Nowhere in the world has cannabis been related to an increase of schizophrenia,’ this is according to Professor David Nutt, even though there has been a 20-fold increase in people using cannabis. A bit of sense trying to answer the cannabis worriers as the System cites and operates a Moral Panic! AGAIN! My parents fall into this category as the mental health taboo sets in.

But I won’t say that the illness is controlled by just cannabis. THEY (health care professionals) do not interfere unless there is an issue and I am a risk to myself. I am helped by a regular maintenance dose of an anti-psychotic medication that helps me stay on an even keel (for better or worse). This medication affects Dopamine, the neurotransmitter and helps to suppress the level which therefore has an impact on my happiness, much to my consternation.

Since I was 21 years old I have had at least six incidents where I have been hospitalized and I have had to rebuild my life and ‘reboot my robot’. No easy task. This has been due to homelessness and bereavement, to name but two catalysts into illness, yet stressors can include the Media or emotional issues. Paranoia and the threat of getting busted are often put at the back of my mind. The Laws relating to illicit drugs are detrimental to one’s health and lifestyle as they exacerbate stress.

I have always had a positive and realistic view of cannabis, whether it is hash or ganja, since my early teens and have realized that the plant has many agreeable aspects that have to be accepted by society. The positive outweighs the negative. It helps me cope with life in the 21st century. It offers gentle help to aid the body to gain a natural homeostasis and balance.

Cannabis plants can be grown easily with little effort and can be traded with no money changing hands and this can provide free medicine and fuel for all. When you consider that most plastics made from hemp/cannabis are able to be made biodegradable too, as opposed the petrochemical products that are so insidious on the planet, it is easy to see how the plant is an anti-capitalist dream and a nightmare for the system to deal with. Quite simply, it epitomizes what can be right in society and offers a truly green and eco-friendly path. My Carbon-Footprint is negligible as I do not have a car and I utilize public transport.

Cannabis really is a separate issue. Cannabis is medicine and so much more to me and many others…

We all have an EDS (endocannabinoid system) discovered in 1990 and this helps to regulate the body and encourage homeostasis (a balance of the body’s internal environment). CB1 and CB2 receptors in the brain are directly affected by THC (Delta9) and CBD cannabinoids as well as other phyto-cannabinoids present in cannabis. THC turns on neuro-transmitters and CBD turns them off (THC being psychoactive).

When dealing with officials of the State in all instances it is important to ask the right questions and give constructive and positive answers and these need to be understood by both parties. Interrogation is not wanted; Presumptuousness is not tolerated and being moralistic is no answer either. Do not let morals get in the way of doing what is right and proper – The Law enforcement has always been over zealous when dealing with the Cannabis consumer in the past, but it is a lot better now in 2018 than when I first had a joint of Lebanese hash when I was about 15 years old in the early 1980’s. Things have changed mostly for the better, but still people are getting busted! Being branded and treated a criminal does nothing for one’s self confidence, character or job prospects and constantly being stigmatized is still an issue too.

No one wants to be ill, nobody wants to do something to exacerbate the problem and I do not see my canna usage as an issue – it is a lifestyle choice that is not addictive but is pleasurable and nice to repeat-over and over. It is sociable and no one has ever died solely from it. It breaks down barriers…it builds communities and helps society positively when taxed and regulated, as espoused by the US recreational marijuana States, as opposed to alcoholic intoxicants which cause major social issues and ills. The clue there is toxic!

Sativa and Indica play a role in my routine. The latter used predominately at night to aid rest and to switch off the mind. Sativas are treated with caution unless the variety is not too high in THC; but I also like a dab or pure joint; with Shortbread biscuits helping me as a medible too. I medicate to regulate. These have been balanced with spells of self-imposed abstinence, but I prefer cannabis as an aid in my life, as well as having a sense of humor!

Friends reassure, facts reinforce and time heals. No one has a guide book for life to follow and sometimes I have fallen by the wayside. Many friends have not made it this far. I know only to pick myself up, dust myself down and carry on, as life is not a rehearsal. I know myself better than anyone. Mindfulness is the key to remember that we are living in the here and now.

Yoga and Tai Chi have helped in the past as has massage and Holistic therapy courses but it is keeping up these life affirming rituals and time honored and tested techniques that can prove tricky – things happen and times change, taking the best bits and learning as one goes through from age to age is part of the key. Remember: there were keys before there were locks.

Watching cannabis grow and the very aspect of nature doing what nature does best is another part of the key and not rushing into anything unknown is important. You cannot put old potheads on young shoulders and the very aspect of making life affirming choices is a maze of contradictions and naive complexities which remain a problem throughout life. Cycles and circles move in ebbs and flows- what goes round comes round. From generation to generation, we are losing touch with ourselves.

Regret is a feeling that I do not have and I’ve always thought of experiences as a character building type scenario. Avoiding stressors are the main points I have to remember and I have to plan a bit to make things go smoothly. Even though unexpected circumstances tend to mar an event, I try to remain upbeat and positive when I can. Guilt is imaginary.

Feeling and being laidback is an all important aspect of my life and I try to be stoned for the most part. This includes holidays and breaks away where I can have a chilled out smoke to make me feel so much more relaxed. I also take CBD oil as a daily supplement. I find solace in cannabis/ marijuana in its many forms, as do many other responsible UK Citizens. I feel disenfranchised and want to help a much beleaguered and fractious society, not hinder it!

I want to be part of the solution and not be seen as a problem in my Community!

I have a responsibility to myself and family as well as my Health Care Professionals and Law Enforcement who have to pick up the pieces when I am ill. However, I like to celebrate life through friends and family with good food and music and having memories of the counter culture. These all outweigh the negative episodes peppering my early twenties and later life.

I look for cannabis inspiration and through introspection have fond recollections and memories of Howard Marks and Franco Loja and a liking for good comedy such as Bill Hicks, Cheech and Chong and Groucho Marx; I enjoy music from Zappa and Beefheart to Hip-Hop, rave and the Dance scene, as well as attending Festivals in the past like Glastonbury and the Big Green Gathering. However, the counter-culture needs a re-think, I believe. Legalization needs to be credible, workable and fair.

A look back at the Hashishins, Crowley and Gurdjieff as well as revealing hidden truths is a possibility for the way forward, and a wish for a Repeal of the 1971 Misuse of Drugs Act, making Legalization and the Freedom to Farm a reality for future generations to come. Reversing global warming and helping to heal the planet with cannabis/ marijuana a real possibility!

The cannabis/ marijuana scene needs a revisionist bit of reflection as well as educating of the masses by listening to A Child’s Garden of Grass- a pre-legalization comedy! from back in the day, around 1970, but re-released in 2003 by Electra Entertainment. A classic stoner parody full of home truths and realities about ‘grass’ which is spot on. It’s all an education- with life-long learning!

Now we can enjoy Spannabis and Product Earth UK and similar Trade Fairs which spread a positive vibe and add to the cannabis lifestyle for all…with Mila Jansen, the Hash Queen leading the way for the positive cannabis/ marijuana Green Revolution to continue, with equality for all!

From the HOT-VW- (Heads of the Valleys Wales).

What Have We learnt from Cannabis Research In 2019? – By Bethan Bee Rose
September 25, 2020
Categories
Go to Top
This site uses cookies: Find out more.