Cannabis Legalization Is Key To Economic Recovery, Much Like Ending Alcohol Prohibition Helped Us Out Of The Great Depression 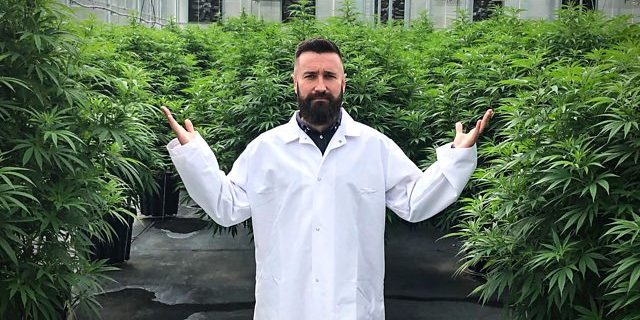 Our nation is in the midst of the greatest crisis in generations, with the Covid-19 pandemic impacting Americans’ physical and emotional well-being, while plummeting the nation’s economy into the worst economic downturn in our lifetimes.

As the country begins what is likely to be a slow climb out of economic morass, federal, state, and local governments will be looking for new sources of revenue to replenish dwindling budgets and provide jobs to millions of Americans who find themselves out of work.

The situation is reminiscent of what the country faced during the Great Depression nearly 100 years ago.  At that time, one of the government’s solutions was to end its 13-year experiment with alcohol prohibition.  Today, the very same factors that caused the government to pull the plug on alcohol prohibition should result in the final nail in the coffin of the country’s much longer standing but equally unjust policy of marijuana prohibition.

Already, states across the country have been turning to cannabis businesses as a source of much needed tax revenue and jobs for their citizens.  Nearly every state with legal cannabis has deemed marijuana businesses to be essential during Covid-19-fueled shelter-in-place orders.

Massachusetts was the only state with a functional adult-use cannabis market that did not deem it essential during the shutdown, and just this week Governor Charlie Baker reversed course, allowing cannabis businesses to reopen on May 25 for curbside sales.

States have been bucking the federal government on marijuana since Colorado and Washington voters made their states the first to legalize cannabis for adults in 2012, with 11 states now allowing adults over 21 to purchase, possess and consume cannabis legally.

This mirrors a trend from the days of alcohol prohibition, where cities like New York openly flouted prohibition laws and refused to enforce criminal penalties against the myriad of speakeasies that arose to quench New Yorkers’ thirst for booze.  Without an equivalent of the 18th Amendment to the Constitution for cannabis, states that oppose federal prohibition are able to set up regulatory structures to license cannabis businesses, removing the need for unregulated speakeasies of the alcohol prohibition era.

It’s no surprise that states across the country have looked to cannabis to help their ailing economies. The cannabis industry currently employs nearly 250,000 full time jobs, more than four times the number of coal industry workers in the country, and the same number of jobs estimated to have been lost by the ratification of the 18th Amendment that outlawed alcohol production and sales.  And these numbers only scratch the surface for an industry that remains illegal federally and in nearly 80% of the states.

While alcohol prohibition was enacted during the “Roaring 20’s,” a time of economic prosperity and largess, by the time the Great Depression hit, the mood of the country had shifted substantially in favor of repealing prohibition, fueled by arguments from anti-prohibition advocates that legalizing alcohol would provide much needed tax revenue and jobs to an ailing economy. It is estimated that the federal government alone forfeited $11 billion in alcohol related taxes during prohibition years, a number the government could hardly afford during a period of runaway unemployment and economic pain.