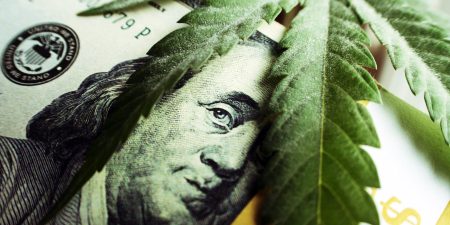 One clear outcome of the coronavirus pandemic is explosive growth in cannabis sales in every major market around the country.

Even in places like Illinois, which just started legal adult-use sales about two months before the coronavirus hit the United States, sales continue to make records.

If 2020 is one of the worst years in recent history, people apparently are turning to cannabis for a degree of comfort and solac But it may be more than anxiety fueling the cannabis boom.

While tied to the pandemic, experts expected an increase in 2020 cannabis sales before social distancing and mask-wearing became commonplace. But certainly, the pandemic drove sales higher, faster.

Through June, sales increases were nothing short of staggering. Based on the current pace, sales nationwide will hit $15 billion by the end of 2020—that’s 40 percent higher than in 2019, according to most recent Marijuana Business Factbook. Essentially, every market that is not tourist-driven has seen an increase.

The extra $600 per week in unemployment benefits played a key role in keeping sales strong, according to the Factbook. With the future of those benefits in doubt, the future of sales increases could be in jeopardy.

However, in some ways, making cannabis an essential business that could remain open during lockdowns – something most states did – cemented cannabis as a solid American industry going forward.

Cannabis revenue in 2024 could exceed craft beer and pain medication.

Projections call for sales reaching as high as $37 billion by 2024, according to the Marijuana Fact Book. A large chunk of growth is driven by booming medical marijuana sales in Florida, Maryland, Oklahoma, and Pennsylvania.

For example, In Oklahoma, more than eight percent of the population has registered for the state’s medical marijuana program. That’s higher than anyone originally projected.