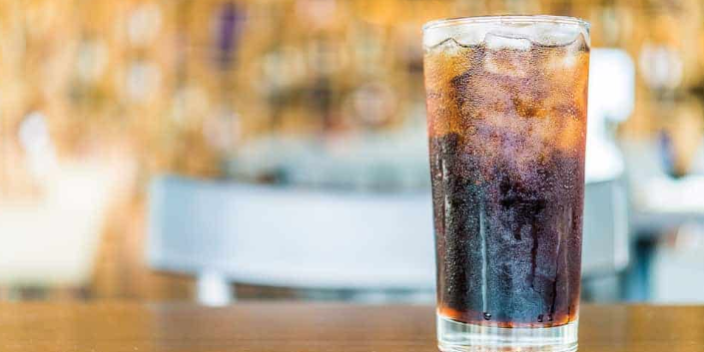 Recreational marijuana consumers now have a new option in Massachusetts.

CommCan, a local family-owned marijuana company, unveiled what it says is the state’s first cannabis-infused soda last week. MassLive reports that the company began selling cans of the lemon-flavored drink, Sip, at its Millis store Friday, and plans to also offer it at its medical-only dispensary in Southborough. The shop in Millis began retail sales just last November.

According to CommCan’s website, the 8.4-ounce cans contain five milligrams of tetrahydrocannabinol — the chemical in marijuana that causes a high — and the soda is made from a THC distillate concentrate from marijuana flower grown at their cultivation facility in Medway. The  “low-dose” of THC makes for a “highly sessionable experience,” in which consumers feel the effects of the drink within 15-30 minutes, according to CommCan’s menu — quicker than an edible but slower than smoking or vaping.

“If you’re out with friends and everyone has an adult beverage in their hand, you can have this in your hand,” Marc Rosenfeld, a co-owner of the company, told MassLive. “If you’re looking for something just to get high or feel the effects of cannabis immediately there are more concentrated ways to do that.”

(For what it’s worth, consuming marijuana in public is still illegal in Massachusetts.)

CommCan’s website shows Sip on sale for $12 a can, plus tax for recreational customers. According to MassLive, each can has 51 calories and 12 grams of cane sugar.

“It’s tart and sweet but a light and refreshing drink,” Rosenfeld told the outlet, adding that it has no hints of marijuana taste.