Cannabis in a strong position despite challenges posed by coronavirus, Congressman Blumenauer says. 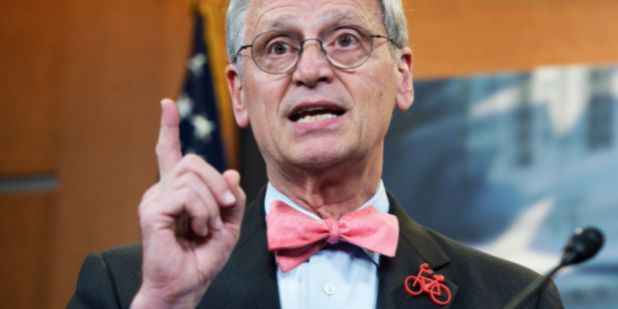 Despite the steep headwinds facing the cannabis industry and the high priority on getting COVID-19-related legislation passed, federal cannabis reform efforts are in a better position than they’ve ever been, according to Rep. Earl Blumenauer, D-OR.

“We have our work cut out for us but we have more momentum in the cannabis space than I’ve seen in the over 30 years I’ve been working on this issue,” Blumenauer said during a livestream discussion with this reporter.

“We are in a stronger position than we’ve ever been. The performance of advocates and the industry is very, very strong and most important, people want this. It’s not just public support at the polls. People depend on the product, on the service, on the impact it has in their communities and so it’s a terrific alignment of interests.”

Blumenauer, the keynote speaker at NJ Cannabis Insider and Advance 360’s webinar “Cannabis and COVID-19: Where Does America Go From Here?” presented by Duane Morris on Wednesday, said a significant piece of cannabis reform aimed at loosening federal restrictions barring banks from providing services to cannabis businesses may even have a chance of passing in the House of Representatives on Friday.

“It’s interesting to note that now a number of Republican senators find themselves in competitive reelection campaigns this fall, people that they thought were safe,” said the Oregon Democrat. “So these are races where people are looking over their shoulder a little bit. State legal cannabis has proven to be an area where you can get bipartisan support. It’ll motivate voters. It’s a policy that people believe in. And if we can break some of these pieces of legislation through, they will pass the House, and I think set the stage for some action in the Senate.”

Still, it will be a challenge as COVID-related legislation has taken priority, according to Karen O’Keefe, director of state policies for Marijuana Policy Project.

“We already have 11 states that have legalized marijuana, one of which doesn’t have a regulated market, and 33 medical marijuana states when we were moving into 2020,” O’Keefe said during webcast. “We thought it would be a record year that we’d have more both legalization states and total medical marijuana states than ever before. That, of course, has slowed down. We saw a lot of legislative sessions ground to a halt and start working only on COVID.”

That’s good news for an industry that should be faring much better than it is, she said. All but two states (New Hampshire and Mississippi) have legalized hemp farming and production and the 2018 Farm Bill — which removed hemp from the Controlled Substances Act — should have unleashed unbridled growth. But the U.S. Food and Drug Administration has done little to regulate the burgeoning CBD market.

Proposed legislation in California that would allow hemp extract to be sold outside of a dispensary is stalled by the public health emergency, said Beckerman, who is based in Seattle.

“Unfortunately, yesterday we just realized it’s not going to (move forward) because of obviously other priorities,” Beckerman said. Regardless, she said, there is opportunity for every single state, “they just need to invest in what they want to encourage.”

In addition to Blumenauer’s keynote, industry and advocacy panelists — including two representing the largest cannabis operators in the country — weighed in from their home offices on how the lack of access to capital, strict regulation, the state of social justice reform and federal prohibition continue to shape the cannabis industry as a whole.