At 81, John Banks Price has been busted with a cannabis crop worth hundreds of thousands of dollars 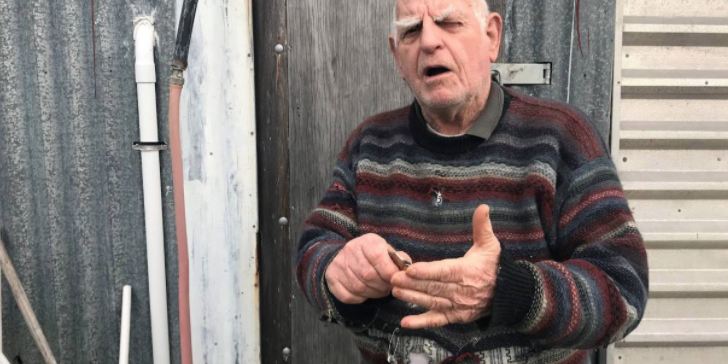 John Banks Price is 81 and has just been busted for a large cannabis growing operation at his home in Tauranga. He tells National Correspondent Tony Wall he’s ready for prison.

I knock on John Banks Price’s door at his property in Ohauiti, Tauranga, and a barefooted old bloke with some seriously bushy eyebrows – his jersey held together with safety pins – opens the door.

“I’m with Stuff,” I say. “I’m stuffed at the moment too,” he says, with a laugh. Price is referring to the fact that he’s just pleaded guilty in the Tauranga District Court to cultivating and supplying cannabis and faces his second stint in jail.

(The first lag was for smuggling parrots into New Zealand, but more on that later.)

He invites me inside, revealing a living room full of boxes stacked almost to the ceiling, and various other clutter.

When police raided Price’s property in June – acting on a tip-off – they found an extensive hydroponic cannabis operation in his shed, with separate growing areas, LED lights and fans on timers. 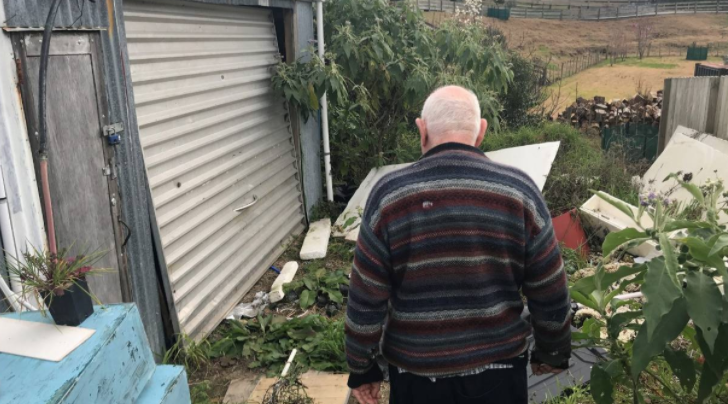 He admits he gave away some cannabis to a friend and a cancer patient, but denies selling it.

He wanted to sell the cannabis after Christmas, when the price would be high, to fund an operation on his back.

His back has been giving him grief since he had an operation many years ago. “Because of my back I’m going into a wheelchair, because the scar tissue is growing over and buggering up all the nerves. My feet are numb now.

“I found out there’s some doctors in Russia, specialists that can operate and guarantee the scar tissue won’t re-grow, they’re world famous apparently. But the minimum charge is $100,000. That’s why I grew the cannabis.

“It’s the only way, at my age, that I could see of making money fairly quickly. If I’d been a good-looking female, I could have become a prostitute.” 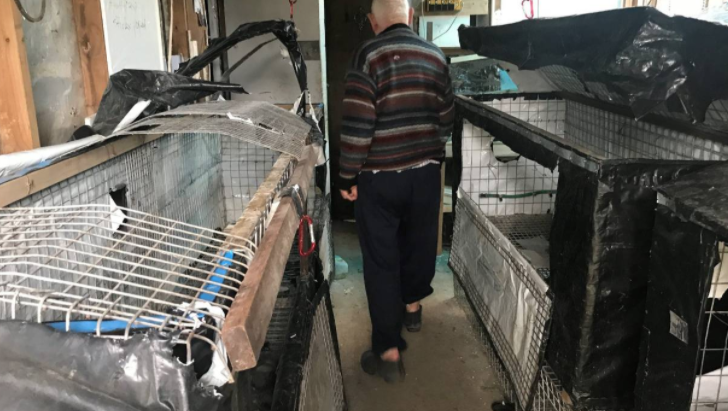 Price says he imported seeds, and had them sent to a large company in the name of an employee he knew had died recently. It worked once, but police intercepted another package.

“They couldn’t do much about it, because it was in the dead guy’s name.”

Initially, he started growing plants in the ceiling of the house he built himself many decades ago.

“My wife went berserk about the smell. Most people like the smell … it smells beautiful when it’s green. But she went crook, so I shifted it down the shed.”

He had various strains with names like Borderline and Big Bud.

Some of it was pretty strong, he reckons. “I gave it to a fella who tried it and it knocked him clean out.”

He says he learned his skills when he used to grow aquarium plants in large ponds on his property, which were heated with a thermal bore. He also bred tropical fish in the ponds, which he would sell to pet shops, the operation employing 10 people at its peak.

“At one stage I was the biggest in Australasia.”

But Price says it was Australian parrots such as cockatoos that landed him in trouble with the law in the 1990s.

He organised a smuggling ring, he says, bringing the birds from Australia to New Zealand.

“We got a plane, hired a plane and flew it over. We never lost a single [bird] either. We bought 800 galahs in.

“I did it for the adventure. You’d be surprised the people involved in it too – doctors, lawyers. They put up most of the money. We had to bribe a lot of Australian officials on the quiet.”

According to Government archives, the case began in September 1993, when a light aircraft under surveillance by enforcement authorities in Australia and New Zealand was flown from Redcliffe airfield in Queensland, Australia, to Waharoa airfield near Matamata.

Its illegal cargo of birds was unloaded and taken to a stud farm; the birds were later distributed to a number of people. There were 31 cockatoos discovered and repatriated to Australia.

A similar operation involving the same group of people was found to have taken place in May 1993. That involved the smuggling of more than 100 native parrots.

Price was sentenced to 16 months’ imprisonment for his part, serving six months in Waikeria prison.

“We got a standing ovation from the bird club, because we’d brought fresh genetic material in. It helped their breeding programme immensely.”

Price, born and raised in Tauranga and from an “upper-middle-class family”, says he struggled as a child because of dyslexia.

He claims to be psychic – once predicting a person would break his leg just by holding a letter the man had written. (He had been smoking cannabis at the time.)

He also blames himself for the death of a kid who bullied him at school.

Price’s love life has been colourful, to say the least. He’s been married three times.

“I had a Russian wife for a short while, beautiful, people turned around to look at her. I think she’d been a prostitute, but a high-class one, she owned three houses. But f… her temper. Jesus.

“She took to one of the neighbours with a spade, this one over here she took to with an axe – she took to me a few times, but I was able to dodge it.

“Her daughter came out here, apparently she was spying and the Secret Service caught her and packed her back to Russia real quick. She was married to a Russian general.”

Price says he doesn’t smoke cannabis himself, because he doesn’t like it. He was convicted on cannabis charges about 20 years ago, he says, but claims the plants weren’t his.

He says he spent about $20,000 setting up his hydroponic operation.

“I wasted a lot of money experimenting. But I got a lot of stuff for free – I know a lot of people in the right places. I got all the piping and the fans for free.”

Price takes me for a tour of his shed, which was torn apart by the police. On one line of trays, there are still some dried cannabis leaves.

“I don’t feel I’ve committed a crime morally,” Price says. “I would have only sold pound lots. I’ve always been careful throughout my whole life not to do anything that’s going to make people lose money or hurt them.

The judge has asked for a report on whether Price is suitable for home detention, but has also told him to get his “affairs in order”.

“I’m not worried about going to jail – the only thing I’m worried about is whether I’ll be able to get all the medication I need.”

He reckons he’s got about five years of life left – having suffered a bout of prostate cancer.

“When you die, what do I think happens? Either you know nothing at all, like before you’re born, or it’s going to be f…… interesting.”