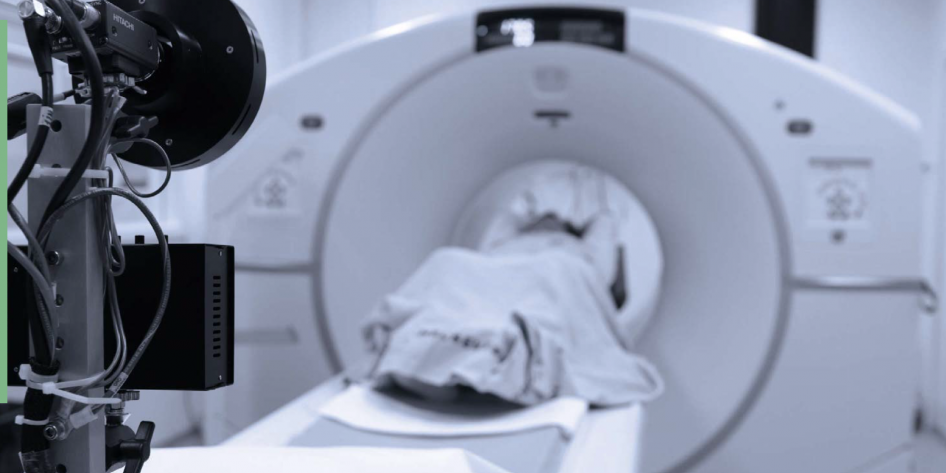 We all tend to take our good health for granted until something happens which makes us realize how blessed we are to have it in the first place. All too often we can ignore seemingly minor symptoms without considering that they could be the warning signs of something more serious, so it’s no surprise that Sarah didn’t think too much of it when she developed a mild headache back in 2009.

Little did she know that this would be the beginning of a series of events which would change her life forever.

Whilst relaxing at home one evening, she paid little attention to the mild pain she had felt for the past few days. Like many people would, she just thought it would pass by with the aid of water, painkillers and taking it easy, but suddenly she collapsed and was rushed to the A&E department of the local hospital. The headache had become increasingly severe and her vision became blurred, however, there was no doctor on site who was available to investigate her symptoms more fully and she was sent home and asked to return the next day. Upon her return she was seen first by the doctor on call and then two additional doctors who were asked to give a second opinion.

Their observations indicated that Sarah was showing signs of mild loss in her outer vision and the disks in her eyes were showing to be slightly more pale than usual. In addition, her pupils were slow to react and the doctors suggested that she may have suffered a brain aneurysm. Understandably shocked by the news, Sarah tried to stay positive when they informed her that they would conduct a brain scan two weeks later to see if there was any evidence of abnormalities which could further explain what had occurred.

The CT scan was conducted and showed there to be no abnormalities, so Sarah was observed over the next three months before being discharged when her symptoms had subsided. She was happy that she seemed to have recovered from the mysterious event, but almost two years later she found herself faced with a much greater dilemma.

Sarah was 39 weeks pregnant when her labor spontaneously started. She headed to the hospital as quickly as she could and didn’t have any real concerns, but once she arrived at the hospital the labor suddenly stopped. Obviously concerned for the welfare of the unborn child, the doctors felt it was best if they induced Sarah to restart the labor process. Soon after the induction had begun, Sarah felt a strangely familiar sensation and suddenly developed a severe headache and lost vision in her right eye. Her left eye also showed diminished vision and she started to lapse in and out of consciousness for a few minutes at a time. In order to reduce the stress of the situation for both mother and child, the doctors decided to put Sarah to sleep and carried out an emergency caesarean section. 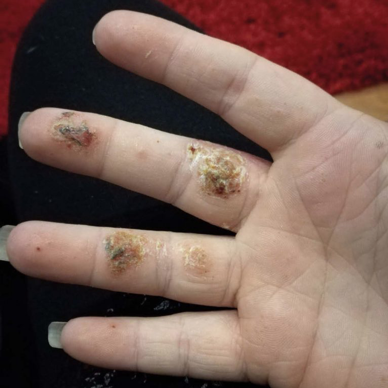 Thankfully, the baby was delivered with no further issue and Sarah was monitored to see if they could find the root cause of the complications. An initial CT scan didn’t reveal any obvious signals of what may have happened, so she was placed in intensive care as a safety precaution and morphine was administered to help with the pain of the headache. Incredibly, the morphine had very little impact on her comfort levels and the pain persisted. For the next three days she was monitored closely but no further tests were conducted; during the course of her stay the headache persisted and her vision was close to zero in her right eye while her left eye remained blurry.

Once she had left the hospital her GP prescribed pain medication in the form of paracetamol and Tramadol yet neither of these seemed to provide much in the way of relief. Due to his ongoing concerns, the doctor referred Sarah to a neurologist but this was later refused. Unperturbed by the setback, Sarah contacted the eye doctor who had observed her during her first episode. Fortunately, the doctor agreed that she needed further consideration and he arranged an appointment with a neurologist. Around this time Sarah collapsed again and this was the beginning of an increasingly frequent pattern of blackouts. Over the following months Sarah underwent a series of tests and was offered various different medications to try and alleviate her suffering. Her right eye showed complete loss of sight in an ERG test, she was given a lumber puncture which failed because the doctor failed to get the needle in correctly, she suffered numerous broken bones due to her blackouts and numerous tests were carried out to see what could be causing all of her problems. At one point she was told to take anti-epilepsy medication to help control her blackouts, which was relatively effective, however she was later told to stop taking them by her neurologist and the blackouts subsequently returned. Doctors prescribed Amitriptyline to aid with sleep, but Sarah found that it did little to help with the incessant pain of her headaches, while blood tests found that she had no vitamin deficiencies which could be linked to her condition.

Over time the prescribed dosage of this drug was increased from 10mg to 250mg, but Sarah was not happy with the side effects as it made her drowsy and depressed. Every time she complained about her symptoms to her physician they simply increased the dose and sent her on her way.

By October of 2017, Sarah had decided to stop taking the Amitriptyline she was prescribed as she felt that it was not alleviating her symptoms and instead was causing a negative impact on her quality of life. Her GP disagreed with her choice, but she stuck to it and found that her mood improved over the next six months. Over the following year she became medication free and learned to live with her constant symptoms despite the fact that the pain was often excruciating. Her blackouts continued to be a problem, sometimes up to eight times a day, but she began to recognize that there were some potential triggers for them including flashing lights, high 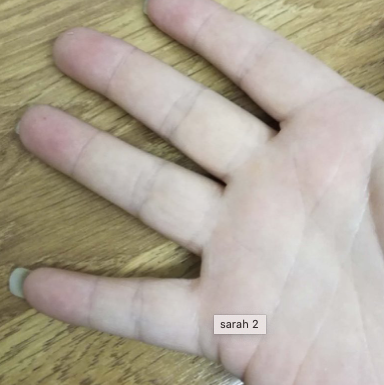 stress levels, increased temperature and over-tiredness. That being said, she also found that sometimes they occurred with no obvious triggers. Throughout this whole period her right eye continued to show no signs of improving.

For Sarah this became part of a much larger picture of health issues which have plagued her over the past decade: In 2009, she had her gall bladder removed due to gall stones which had caused pancreatitis; she suffers near-constant stomach aches and heartburn and has had an endoscopy; an ovary was removed in 2010 due to a large cyst; she suffers chronic joint pain with a major area of pain being in her right hip, knee, ankle and fingers; for 6 years she has had a sever rash on her hand which left blisters and looked like the result of burns (creams and antibiotics have had little-to-no effect). As you may expect, this has caused her a huge amount of discomfort but Sarah always remained hopeful that she would one day find a solution.

After doing some investigating and some independent research, she decided to trial using a dilution of cannabis oil whole plant extract in olive oil. The Strain was Critical 707 CBD, recommended by Emerald Triangle Seeds.

Initially she had half a teaspoon in the morning and she found that this helped to provide some relief and respite from her incessant headaches. Moreover, throughout the whole of her first week using the oil to treat her condition she didn’t suffer a single blackout. Over the coming weeks she continued to ingest one half of a teaspoon full in the morning but also added a second dose during the afternoon to see if it helped with any of her other ailments; her headache continued to be less painful but her stomach and joint pains also began to subside.

During this time she only experienced one blackout, an amazing fact when you consider that she had up to 8 per day previously, and this was the result of her suffering an impact to her head. By week 5 she trialed one whole teaspoon in the morning with no further doses and found that the headaches were almost non-existent. Amazingly, the rash on her hands which had been present for almost six years began to disappear and had practically vanished by the end of the first month.

At week 6 she found that the blackouts began to reoccur, but this was put down to a sinus infection which had caused a knock-on effect to the rest of her symptoms. Unperturbed, she upped her dose to one full teaspoon in the morning and a half teaspoon in the afternoon which seemed to help. Now she manages her condition entirely independently and has found that the oil has provided her with a standard of living which is far greater than what she was becoming accustomed to.

On a normal day she will use between one and one-and-a-half teaspoons of oil, with this increasing to two teaspoons if she is overstressed or feeling ill, and she has found that allowing the oil to sit under her tongue for a minute before swallowing is the most effective method of administration. Sarah has found that there have been almost no negatives to the use of oil in her case, other than a slightly dry mouth and a bout of drowsiness on one particular occasion when she had three teaspoons on a particularly challenging day (due to a severe viral infection), and she feels like her life is her own again for the first time in more than 6 years.

Over the coming years Sarah hopes that she can continue to benefit from the therapeutic qualities of the oil she now relies on and believes that without it she would be struggling to live her life to the fullest.

Please seek advice before using cannabis whole plant extract, as everyone has different tolerance levels. Also seek medical advice before using if you have particular illnesses, do not stop taking your regular medication without clear advice from your Doctor.