A State-by-State Look at Where Marijuana Is Legal 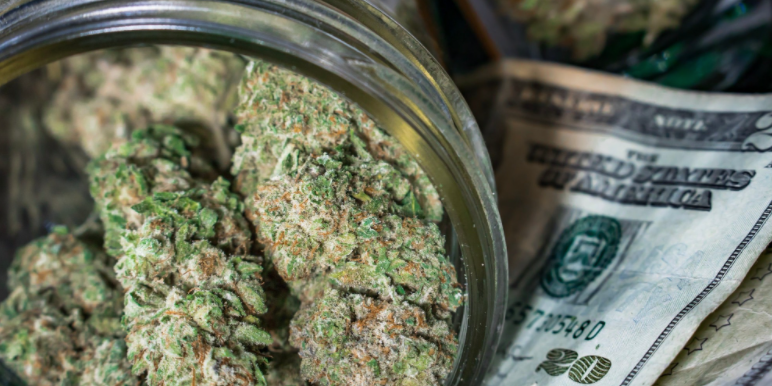 Over the next decade, marijuana could well be one of the fastest-growing industries in the United States.

Tech stocks may be the toast of Wall Street this year, but “Marijuana Business Factbook 2020” from Marijuana Business Daily has projected that legal-channel cannabis sales in the U.S. could triple between 2019 and 2024 to $37 billion.

Such rapid sales growth has been made possible by a dramatic shift in how the American public views cannabis. National pollster Gallup found that only around a third of the country favored legalization by the mid-2000s. But in 2018 and 2019, support for nationwide adult-use legalization hit an all-time high of 66%. As Americans have softened their stance on cannabis, legislative action and state-level elections have allowed the green wave to take shape.

However, the legality of marijuana can differ wildly depending on where you live. With the 2020 election now in the books, here’s a full rundown of where all 50 states stand on marijuana.

Marijuana is fully legalized and retail sales are ongoing

Following the green sweep on election night, there are now 15 states that have given a thumbs-up to recreational and medical marijuana. But not all of them are currently selling the product. Right now, 10 states have waved the green flag on the sale and consumption of adult-use weed (listed alphabetically):

Despite legalizing adult-use cannabis in November 2016, it took Maine until Oct. 9, 2020 to officially launch the retail sale of recreational pot. Illinois also stands out as the first state to legalize the recreational consumption and sale of marijuana entirely at the legislative level.

California is the most populous state in the country and the most valuable marijuana market in the U.S. (and world). Though estimates vary, the Golden State could be raking in up to $11 billion in annual sales by 2030.

Cannabis has been fully legalized, but retail sales haven’t yet commenced

That leaves five states that have passed legislation or voted to legalize adult-use cannabis (on top of medical use), but which haven’t yet opened retail locations. These five states are:

As for Vermont, its state legislature legalized the consumption of recreational pot in January 2018 but not the retail sale of the product. In October 2020, the Vermont State Legislature passed a bill legalizing its retail sale. However, dispensary licenses can’t be issued until October 2022, so it could still be up to two years before adult-use weed sales commence.

Medical marijuana is legalized, but adult-use weed is illegal

After the 15 states that’ve legalized both recreational and medical cannabis, 21 additional states have waved the green flag solely on medical marijuana. In alphabetical order, these states are:

Even though it’s traditionally one of the most conservative states in the country, Mississippi’s medical cannabis ballot measure passed in a landslide in the 2020 election.

For some states, like Florida, medical marijuana is big business. But medical sales are often cannibalized once adult-use weed is legalized. According to Ballotpedia, five medically legal states are already prepping recreational cannabis ballot measures for the November 2022 election: Arkansas, Florida, North Dakota, Oklahoma, and Mississippi.

Both recreational and medical marijuana are illegal

Finally, there are 14 states where cannabis is illegal… period! These states are:

The prevailing theme here is these are states predominantly run by Republican lawmakers. Surveys have shown that while Democrats and Independents are overwhelmingly in favor of a nationwide legalization of cannabis, Republicans aren’t nearly as excited. Most polls (including Gallup) show support for adult-use weed right around the 50% mark for Republicans, with favorability toward medical cannabis notably higher.